Sitting in the surgical waiting room at Henry Mayo Newhall Memorial Hospital (long story, but all is well now) I had finally moved from scrolling through Facebook to leafing through magazines when a decent–sized bookshelf caught my eye and the name on one cover grabbed my attention: Ruth Reichl. 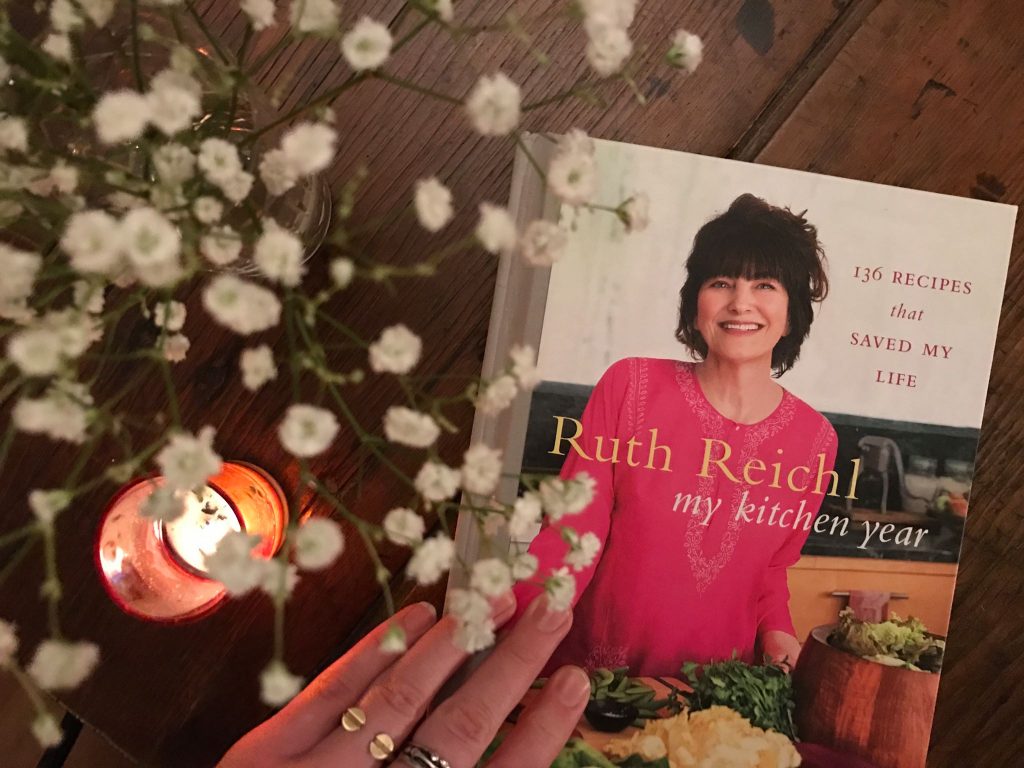 Ruth Reichl is the author of My Kitchen Year: 136 Recipes That Saved My Life, a cookbook published in September 2015.  She was Editor in Chief of Gourmet Magazine from 1999 to 2009. Before that she was the restaurant critic of both The New York Times (1993-1999) and the Los Angeles Times (1984-1993), where she was also named food editor. As co-owner of The Swallow Restaurant from 1974 to 1977, she played a part in the culinary revolution that took place in Berkeley, California. In the years that followed, she served as restaurant critic for New West and California magazines. (read more here)

The book that I picked up, Tender at the Bone, was originally published in 1998 but nothing in this memoir is dated. I think that Reichl’s early childhood through young adult shows that she was predestined for a career writing, reviewing and studying food.

Tender at the Bone, Growing Up At The Table