HALIFAX, Nova Scotia (PRWEB) – Producing a quarter of Canada’s seafood and boasting a billion-plus dollar fish and seafood export industry annually, Nova Scotia offers a multitude of diverse signature culinary experiences along its 4,500 miles of coastline. And, Nova Scotia is now closer to more U.S. travelers with new non-stop service to the capital city of Halifax from Chicago and Philadelphia beginning in June 2019, adding to the direct flights currently offered out of New York City and Boston. Often a first stop for visitors, Halifax is home to the oldest farmers market in North America and has the notable distinction of having more pubs per capita than any other province in Canada among its many culinary charms. 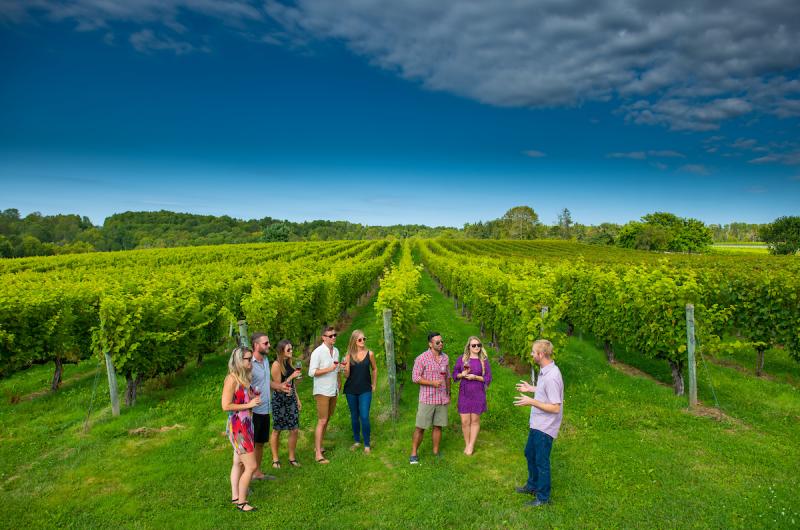 New opportunities to “sip, savor, and sightsee” in 2019 incorporate experiences for active and adventurous travelers throughout Nova Scotia. Here are a few highlights:

A Distillery Tour on Foot and by Boat

Old Town Lunenburg UNESCO World Heritage Site is home to artisan distilleries with award-winning rum, colorful architecture, and traditional foods. Here, on foot and by boat travelers can explore the waterfront of the historic town with their taste buds. The Lunenburg Distilled: Culinary Adventure takes guests on a walking tour with an eighth generation Lunenburger to Ironworks Distillery, the first artisan distillery in the province. Listeners will gain insight on creating spirits and liqueurs from scratch. Afterwards, a boat tour with Heritage Fishing Tours drops visitors at an exclusive Dory Shop to sample traditional foods from the region. The tour ends with a seafood dinner onboard the Teresea D. Conner, a historic schooner from the Lunenburg waterfront. Price is $395 CAD per person. Dates available: June 19, July 14, August 21, and September 25.

Wine Blending on the Bay

A reflection of the region that’s shaped by the sea, Avondale Sky Winery’s crisp Tidal Bay was the first appellation wine of Nova Scotia. This year, guests can be a winemaker for the day with the Avondale Sky Wine Lab Adventure. A tour of the vineyard reveals rolling hills situated on the St. Croix River as it meets the Bay of Fundy, home to the highest tides in the world. Samplings are done in the tasting room and experimenting begins in the wine lab, where guests ultimately create their own Tidal Bay blend with a signature custom-made label. Award-winning winemaker, Ben Swetnam, will lead a blind tasting competition of the blends to crown the next master winemaker. The chosen wine is served at a gourmet, chef-prepared dinner for the group to enjoy. Price is $295 CAD per person. Dates available: June 22, July 6, July 20, and August 24.

Active travelers work up their appetite for seafood by hiking, kayaking, and swimming during the Seaside Adventure & Beachside Feast. The day starts with a hike to the Kejimkujik National Park Seaside with Parks Canada interpreters, followed by a two-hour kayak tour through this unique and protected coastal estuary. Participants will fuel up with a lobster roll picnic and cool off by enjoying a swim on the white sand beaches. A final seafood feast will be served at the Quarterdeck Beachside Villas, and a night in a new studio loft at this luxurious beachside resort is included in the experience. The one day and one-night starts at $849 CAD per person or $1,600 CAD per couple. Dates available: July 3, July 22, August 24, August 28, September 7, September 18, and October 5.

For a birds-eye view of the stunning Nova Scotia coastline, travelers can journey by helicopter to a sommelier-led picnic on a private island. The Heli-Picnic Island Escape, a two-hour tour over Halifax to Sambro Island, is an opportunity to view the wildlife and coastline from a new perspective. After landing on a private beach, guests will indulge in Nova Scotia bubbly while exploring the hidden coves. The sommelier in attendance will lead a tasting picnic of local wines, smoked salmon, cheese, and chocolate at a lighthouse. Price is $575 CAD per person. Dates to be announced.

Storytelling, sunsets, seafood, and stargazing make up the Lightkeeper’s SeaFeast. The tour begins on a Cape Islander’s fishing boat that sets sail from the Yarmouth waterfront. The boat comes equipped with oysters, Nova Scotia wine, and stories with Tusket Island Tours. After landing at the Cape Forchu lighthouse, a chef prepares a lobster feast on the beach, and guests watch the sunset over the water while being entertained by Acadian songs. The tour goes on after the sun sets, with a dark-sky expert leading stargazers through a certified Starlight Tourist Destination. This experience is available on Thursday nights throughout July, August, and September. Price to be announced.

For more information on the four provinces, visit these websites or follow on social media: