This is a continuation from my story last week, and we had left off tasting some stellar Stars of California vintages at a WineLA.com tasting event. This is the slideshow for those that want to skip ahead.

The Pour List (continued) at Press Time, my notes are in italics: 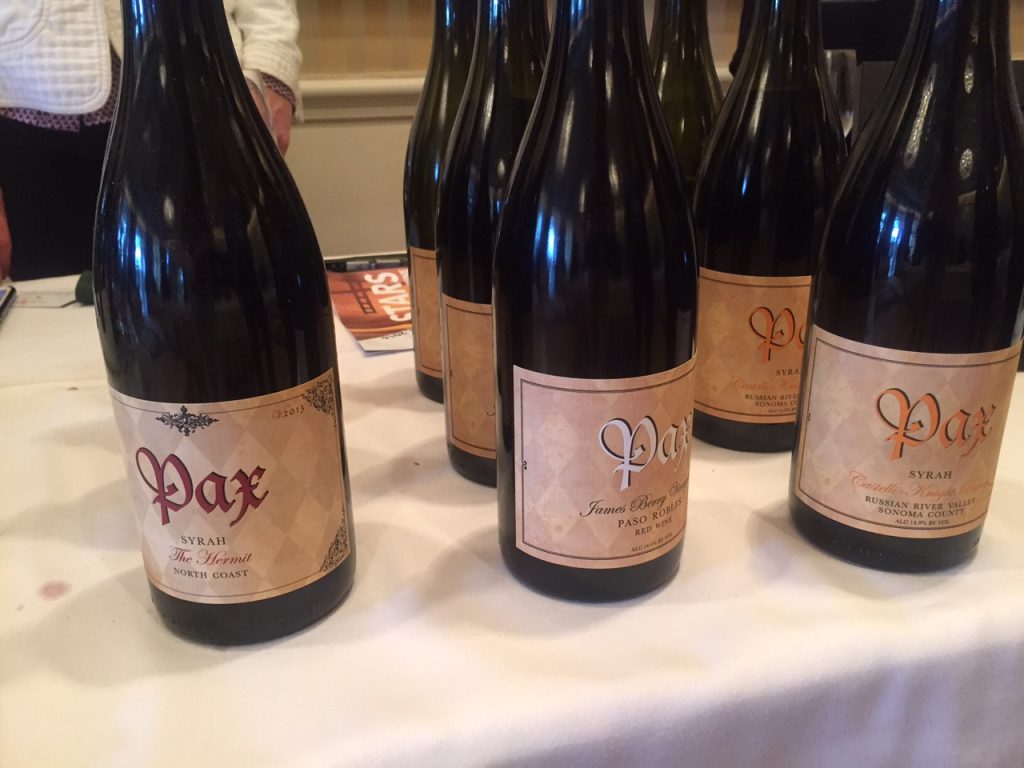 Another fave I had already tasted recently. Especially the Kith and Kin that was gifted to me by a fellow wine lover.

A favorite from my judging stint for the Long Beach Grand Cru. A 2013 Petite Sirah was an add-in and simply awesome, as well as a 2014 Port-style Petite Sirah. The showstopper was the Buona Miscela Sangiovese from Monterey – look for that one too.

I’ve only tasted Westerly wines once before, at Pour d’Vino in Lancaster, this time I became a fan of their Cab (Santa Barbara!) and Côte Blonde, which is a Syrah with a little Viognier.

Wonderful reconnecting with Michel Ayer – first met and tasted with this cool winemaker at a Garagiste event in Union Station – his wines are always so wonderfully balanced. This time the Viognier was lovely, no high acid to take over, just brilliant fruit that had benefitted by stainless steel and no malolactic fermentation. The Red blend was all chocolate and violet. Need to order both.

I have to admit that this was my all-time favorite table. Love that the Cab Collective members sent their best bottles for sampling.

Chateau Margene
Reserve Cabernet Sauvignon, Paso Robles 2013 – I had met Michael Mooney a few years back, and then again when the Cab Collective had just begun. He impressed me when he showed a map of where he sourced his grapes – throughout many sub-AVAs of Paso – and at this tasting I learned, from his son Jon, that they have removed some old vineyards and planted their own. So soon we will be seeing a Chateau Margene Estate wine. The Cab today was perfectly balanced, with nice dark notes on the back palate for the finish.

DAOU
Reserve Cabernet Sauvignon, Paso Robles 2013 – Who isn’t a fan of DAOU? This reserve Cab was all tobacco, dark and dry and good to go.

J Lohr
Hilltop Cabernet Sauvignon, Paso Robles 2013 – Thanks again for another great Hilltop Cab! Bringing on the spice and the fruit, I was ready!

Vina Robles
Suendero 2012 – Big, just the way I like it, thanks again to winemaker Kevin Willenborg.

I skipped this section as I had been to Carmel tasting not too long ago.