On Saturday, September 28 at one of the most gorgeous and historic wineries in California, six top comedians from Hollywood will fill the Napa Valley with huge unforgettable laughs.

Spend a fabulous wine country autumn day laughing and experiencing award-winning wine on the gorgeous Charles Krug Winery Estate. The winery is set beautifully in the heart of the Napa Valley. Guests may bring a picnic, sip on some of the best wine Napa has to offer and enjoy world-class comedy in the beautiful setting on Krug’s grand lawn.  There will also be food trucks on-site, as well as, Krug’s Cucina Di Rosa’s fabulous Salumeria offerings.
Starring six top Asian-American comedians from Hollywood, Including:
JENNY YANG: Jenny has been honored by President Obama with a White House Champion of Change Award. She is also Staff writer at E! Television and the hit Fox show, Last Man Standing. Her Buzzfeed videos have received over 35 million views, and she is a sought-after actor, writer and comedian who has been published in the NY Times, NPR, BBC News, LA Times to name a few.
HELEN HONG:  In addition to being a fan favorite on the hit NPR podcast Wait Wait Don’t Tell Me, Helen Hong has performed stand-up comedy on The Arsenio Hall Show, Last Call with Carson Daly, Gotham Comedy Live and Comics Unleashed with Byron Allen.  She hosts the live trivia podcast Go Fact Yourself on the Maximum Fun Network.  Helen is a recurring character in two series, The Thundermans on Nickelodeon and Blunt Talk on Starz. Her opinion videos on NowThis have surpassed 7.1 million views.  Helen has performed for the troops in the Middle East and for international audiences in Asia, Europe and Latin America.
AIDAN PARK:  Aidan Park is a comedian based in Los Angeles, originally from South Korea. You may have seen Aidan’s comedy on Perez Hilton, Celebuzz TV, TV Guide Channel and West Coast Comedy Live!  Aidan also tours all over the country and internationally headlining for respected comedy clubs and fundraisers. Acting credits include Comedy Central, TRU TV, Tosh.0, NBC, TV Guide Channel, and Hulu TV.  Aidan has a podcast with HERE Network called “Queeries” where he gives funny advice to people in various levels of turmoil, and runs an advice column on Instagram which you can catch daily.
KEVIN CAMIA: Kevin is a  Los Angeles based comedian. As a member of The Dress Up Gang, the show was selected for the 2019 Sundance Film Festival as part of the indie episodic series.  He toured with Ali Wong,  has appeared on Comedy Central’s Live at Gotham.  Kevin was selected as a Comic’s Comic on Esquire.com . His comedy album Kindness was voted Top 10 Comedy Albums on iTunes.  He recently performed stand-up on The Late Show with Stephen Colbert. ​
ATSUKO OKATSUKA: Atsuko is a comedian and actress, recently named 1 of 38 comedians to watch on Vulture’s 2018 list. You can currently catch her on HULU in her hour comedy special They Call Me Stacey or on season 2 of HBO’s Room 104. Behind the camera, she most recently worked on Adult Swim’s Soft Focus with Jena Friedman as the creative consultant.  Or, if you’re not a TV person, you can catch her live too, most nights out of the week in LA and beyond!
SIERRA KATOW: Sierra is an LA-based comedian, writer, and actor. She started stand-up at 16 and was the youngest comedian featured on season 9 of NBC’s Last Comic Standing. Her stand-up was also featured on Last Call with Carson Daly, Just For Laughs Digital, Laughs on Fox, and Acting Out on MTV.  She is currently developing a short-form animated series with FX.  She hosts and produces her own podcast,  Stay Podsitive, in which she interviews a different guest every week about their secrets to positive thinking. Sierra  served as VP of The Harvard Lampoon.  In addition to comedy, Sierra moonlights as a freelance full-stack web developer and holds a degree in computer science from Harvard.
EVENT TICKET(includes comedy shows only)Advance Online – $42​Day of Door Tickets – $52Doors open at 12:00PMFirst Show Launches at 1:00PM.​Complimentary Parking On-site21+ Event
Event Website: https://www.crushersofcomedy.com/september-28.html
Show Info Line: (707) 318 – 3845
Ticket Link: https://www.ticketor.com/crushersofcomedy/tickets/crazy-rich-wines-166049#buy
Venue:
Charles Krug Winery – 2800 Main Street St. Helena, California 94574 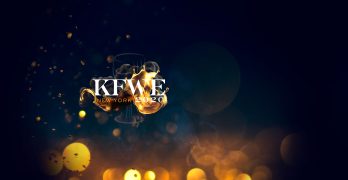 The 14th Annual Kosher Food & Wine Experience (www.TheKFWE.com) is back, and … END_OF_DOCUMENT_TOKEN_TO_BE_REPLACED