How about some Aussie wines? This (now past) “tasting offers an unprecedented opportunity to learn more about the current landscape of Australian wines – discover the latest releases, explore new trends, taste special back vintages and engage with the largest group of Aussie winemakers to ever travel to the USA.” 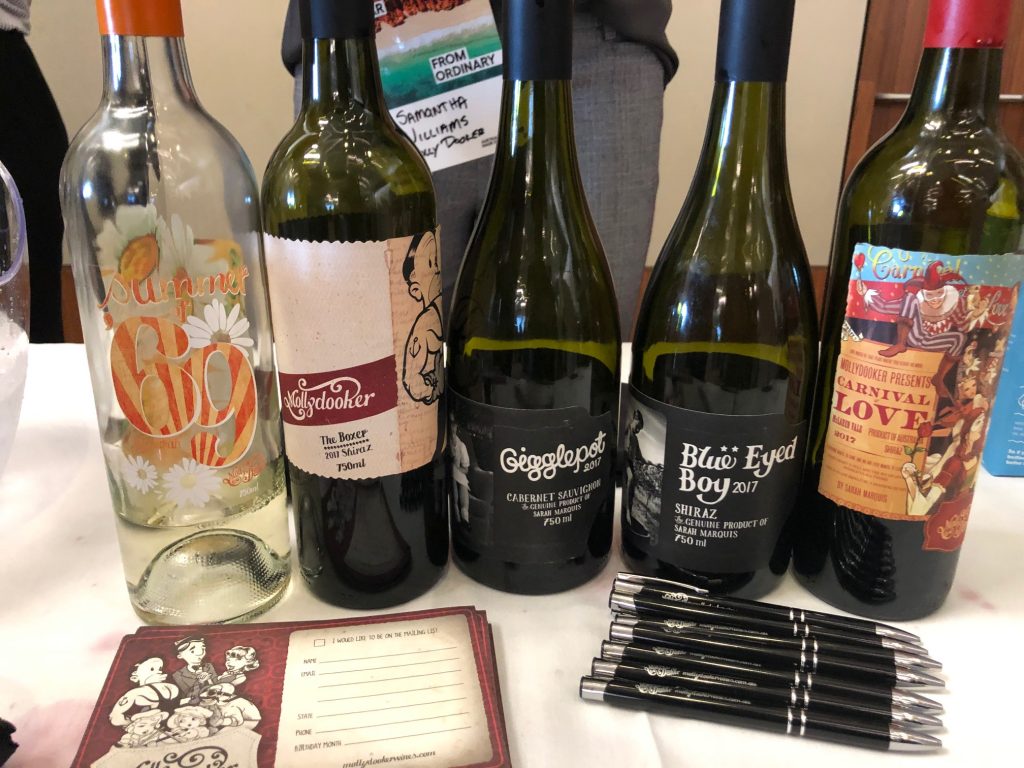 Sadly I missed the seminars as there was a LOT of wine to cover. Found lots of dark fruit and some spice in the Shiraz and Cab blends at price points beginning at about $20, was told that Spanish varietals from McLaren Vale worked well due to their proximity to the Gulf St. Vincent – and a tasty Nero D’Avola did just that, Sue Henderson of Schild Estate explained how important the generations of family is to their winery, and though there was a change at the helm at MollyDooker a few years back the wines are still awesome and only bottled at a certain Fruit Weight (FW) of 55% or above: “Individual wine parcels have to achieve a certain FW to go into a particular label.”

Of the list below I have noted those in bold that I enjoyed and added in parenthesis any special wines of note. As is my habit I simply cannot visit all exhibitors, so me not noting one doesn’t mean it wasn’t a winery of note! (This is a hyperlink to my public Facebook post with pics of many wines I loved.)

THE UNIVERSAL WHISKY EXPERIENCE PRESENTS TO YOU: The World’s Premier Luxury … END_OF_DOCUMENT_TOKEN_TO_BE_REPLACED