There is a growing trend for restaurants with only a wine and beer license to serve beverages that mock popular cocktails, and are made with a wine or soju-based fermented beverage instead of a distilled one. (To explain: there are large fees attached to these licenses, and one for distilled spirits is much higher than one for wine and beer alone.) The latter of the two used most often used, the Soju, is the one I’m writing about today. 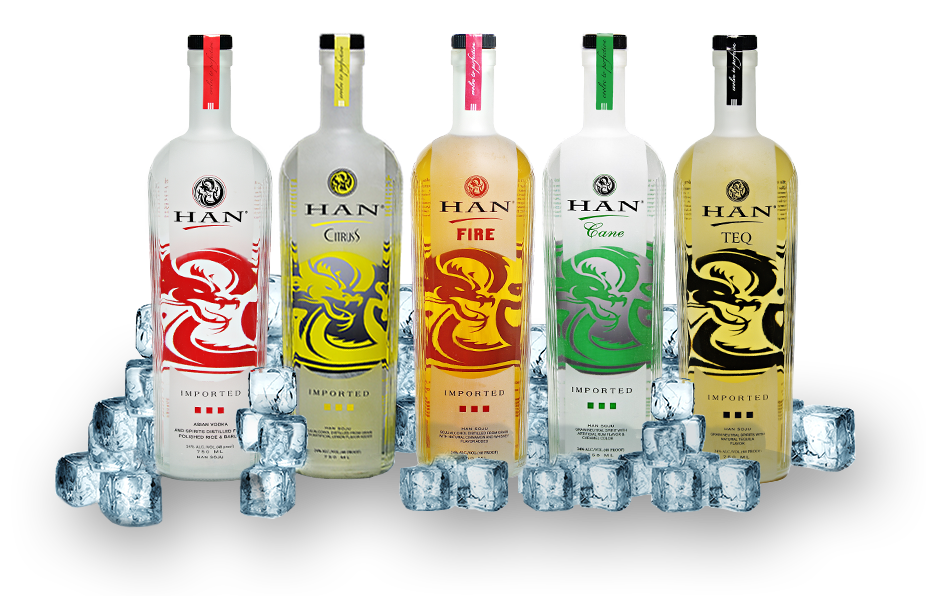 NPR.org defines Soju as “…(from) South Korea…a clear spirit (that is) traditionally made of rice. It’s about 20-percent alcohol and has a light, slightly sweet taste…(read more)”

Below are some of the flavors the soju takes on from the “Han Soju” line from Han Spirits, to give you an idea of what can be done with them. Their website advertises a Soju-based vodka at 80 proof, which would undoubtedly require a license to serve spirits. The other flavored Soju drinks are much less alcohol:

(Note about alcohol levels: Spirits are usually up towards 80 proof, also shown at 40 ABV. Alcohol content and ABV as defined by Wikipedia: In the United States, alcohol proof is defined as twice the percentage of ABV.)

So, you may be dining at a restaurant that is serving up a cocktail that may have less alcohol than it’s true counterpart. Did you know that? It should be clearly stated on the menu, but if you just order a Bloody Mary, and it’s made with soju instead of vodka, I hope that you are informed beforehand.

I’ve seen these drinks at up to 50 percent less in price than their distilled counterparts, but unless you know what soju is already, or are informed that your drink is not made with vodka when you order it, you may not even notice the difference in alcohol percentage – but you did save a few dollars. Especially important to be aware of is that a soju vodka and a pure vodka are both colorless and tasteless, making it even harder to discern a difference.

An interesting article, albeit over a decade old, helps explain why our restaurants can even serve soju – a little higher in alcohol than wine’s 12 to 16% ABV – without a spirit’s license, “After some lobbying by the Korean Restaurant Owners Assn., a bill by Sen. Richard Polanco (D-Los Angeles) passed in 1998, allowing the sale of soju by establishments previously licensed to sell only beer and wine in California. ‘Soju is served as a traditional drink accompanying spicy Korean meals and used to enhance the meal’s flavor’”….(read more)”

A couple of times when I visited the Western Foodservice Show I tasted through some of the wine-based “spirits” as well as some spirit-flavored sojus. I found them palatable, and somewhat interesting! The benefit to a restaurant with a wine and beer license alone is that it may help them to be competitive with one that has a full liquor license. These beverages can help a restaurant save on the cost of a full license to serve spirits, and keeps the alcohol content low for those drinkers that desire it.

Want to try a soju-based cocktail? One favorite I found in our valley is the uber-refreshing Cucumber Soju Cocktail served up by Xevichez Sushi Bar – a sushi bar that spices up the usual fare – that is located on Town Center Drive. It’s served in a large bottle, and even if you share the entire bottle with one to two pals, it still packs a wallop. As it’s a sushi bar it didn’t faze me at all to have a soju-based drink, but if I’m in a steakhouse, or some other American restaurant, I’m going to want real spirits, or some damn fine wine. Polanco is right, in my opinion, to have pushed for soju – to accompany spicy Korean meals.

Who likes sparkling wine? The ultimate wine for celebration, and celebrated as a … END_OF_DOCUMENT_TOKEN_TO_BE_REPLACED