We do love to cruise, and short of the destination, and the last night’s festivities, nothing beats the excitement of that first day at sea. Except this first day, which was thrilling, but the first guests on the Carnival Panorama didn’t leave the port. That luxury was reserved for the real first-time travelers on this brand new ship that were boarding the next day. (If you just want to look at the debut via some short videos go here and my photos are here.)

Yes it was a “fun-filled day of events onboard Carnival Panorama, the first new West Coast ship in 20 years.” And we learned about their “variety of activities, entertainment and dining options…starting with the redesigned Long Beach Terminal.”

This was the schedule – from 3 pm to 11 pm: Arrival/Boarding, Naming Ceremony with Godmother Vanna White, a Feast of Fun where we (travel agents, VIPS and media) had a chance to “sample Carnival Panorama’s culinary and beverage options” which included wine, beer and spirits offered at every venue on the ship. 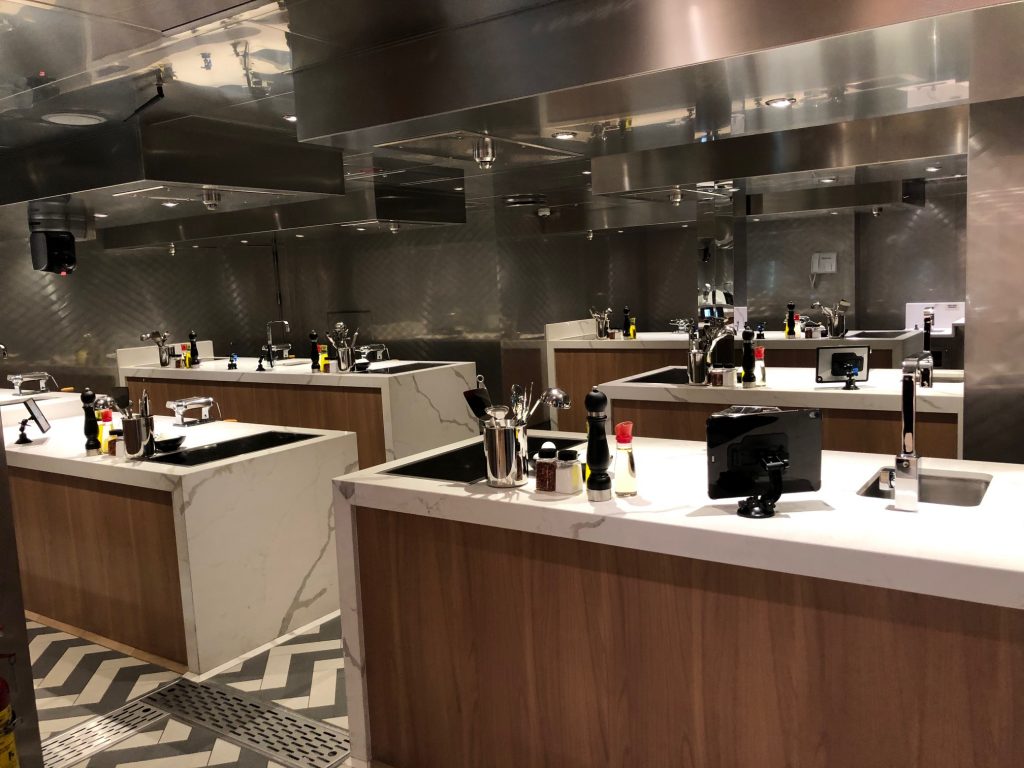 It was truly an evening of WOWs. Exploring the decks, seeing at least one suite – wished we had time to see more – but the Havana Suites have their own patios that open up to their own pool and bar. Nice. Star chefs like Emeril Lagasse and Guy Fieri were in attendance – as were their namesake restaurants onboard – and they had the USC Trojan Marching Band for the naming ceremony, which in itself was a great show!

We toured several bars and restaurants – had some awesome cocktails from some very experienced bartenders – and sampled bites from the sushi bar, steak house and then settled in to sample some more during a multi-course dinner. The dining room, for the first time that we could tell, featured items from all of the ship’s restaurants.

After being fully sated we opted to watch the comedian instead of seeing the new “Playlist Productions show or the Rock Revolution.” The comedian, Tony Esposito, was hilarious.

The Sky Zone is new, and it’s the “first trampoline park at sea” and definitely something to see if you or your children like obstacle type courses, basketball, balancing, jousting or bouncing. There is a culinary classroom with several workspaces in the Carnival Kitchen that holds a few classes every day.

The Carnival Airship, a baby blimp, made several appearances during the course of the day which made everything that much more festive. The event ended with a very grand fireworks display, drinking and dancing on Lido Deck.

Lastly, as this is a wine and spirits blog, there are plenty of options in every bar, but they don’t all offer the same spirits. If you want an elevated experience pay for the wines offered in the Fahrenheit steakhouse or any of the higher-end restaurants.

As the newest ship in our fleet, Carnival Panorama will offer a variety of onboard innovations, including the first Sky Zone trampoline park at sea, the line’s first culinary studio and a new Choose Fun-themed water park. The ship will also feature Guy’s Pig & Anchor Smokehouse/Brewhouse featuring BBQ favorites created by Food Network star and longtime Carnival partner Guy Fieri, as well as craft beers brewed right on board. These complement Vista-class favorites like the Ocean Plaza indoor/outdoor entertainment venue, the Havana nightclub and pool, and the Serenity adults-only retreat. 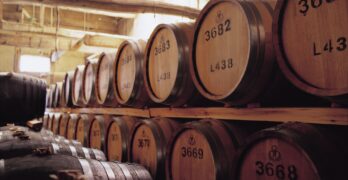 Fukuoka, Japan: Honkaku Spirits is proud to announce the U.S. launch of its … END_OF_DOCUMENT_TOKEN_TO_BE_REPLACED