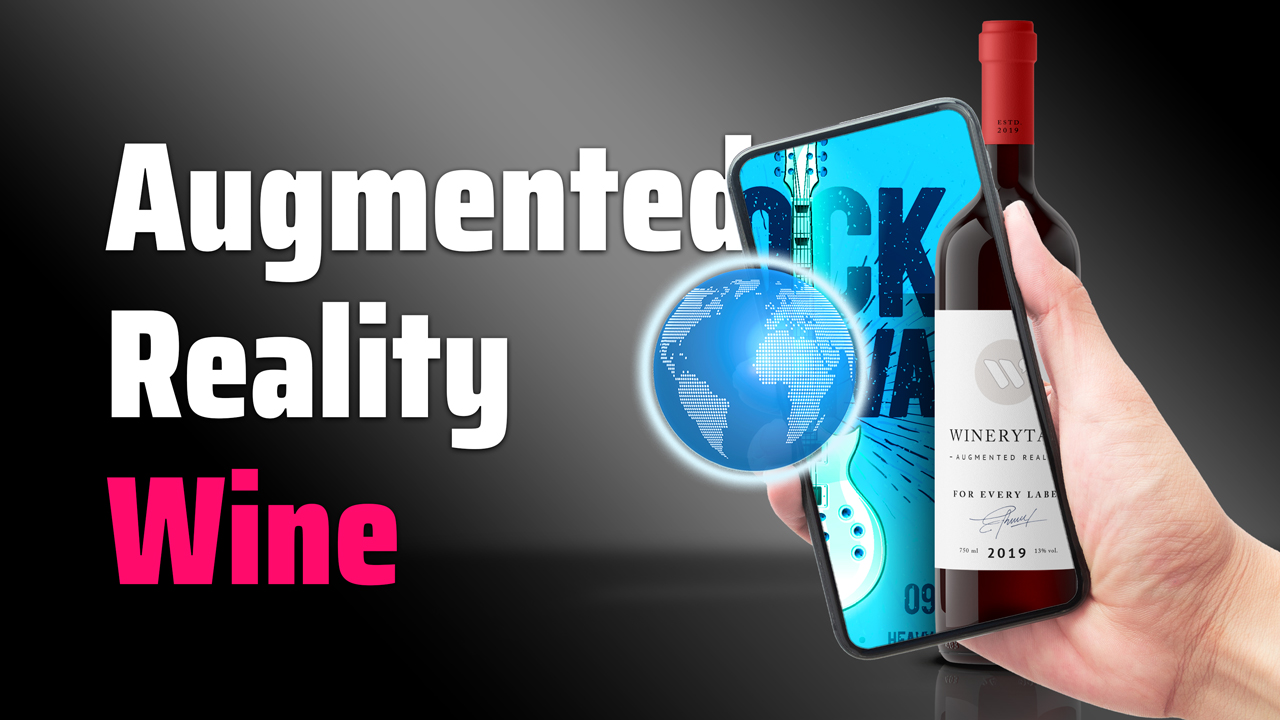 Winerytale is a groundbreaking app and platform that lets every winery and wine producer create, manage and market an augmented reality experience for their own labels via a smartphone app.

App creator and Winerytale founder Dave Chaffey said 524 wineries from across the world were already part of the trial and accessing the marketing potential of a marriage of artificial intelligence and augmented reality.

Chaffey said in the past few years a handful of wine producers have created augmented reality apps for their specific brand.  Winerytale aims to blow the augmented reality door open to any winery in an inexpensive and easy way.

“I don’t believe anything like this has been done to this level before – bringing together artificial intelligence, augmented reality, clever technology, 500 different wineries with different visuals and branding, as well as different languages,” Chaffey said.

“This platform is purpose-built for mass adoption and accessibility to any winery wanting to take advantage of a brand marketing and sales future that will undeniably involve augmented reality.”

The technology behind the App is designed to work on any wine label, using artificial intelligence to scan and recognize labels, and augmented reality to showcase the wine’s backstory by beaming it from an imaginary space inside and outside of the bottle.

The Winerytale team has also created a “fanwall” for every wine label. Through the use of augmented reality, the fanwall appears to be inside the wine bottle and – driven by hashtags – displays images of the wine’s biggest fans inside the bottle.

Given this potential, field testing of the Winerytale App has attracted world-wide interest and a selection of leading wine producers are on board from across Australia and New Zealand, as well as from wine regions in South Africa, France, North America, Canada, Croatia, Lebanon and Mexico.

Chaffey said the wineries involved in testing the beta version of the App are small to mid-level where the App has the ability to help them reach a broader market, boosting brand recognition and sales.

“Current world consumers – millennial or not – live their lives through their phones and being able to give them the information they need, in a way they want, influencing the choices they make and harnessing that purchasing power is a no brainer,” he said.

“When you switch the Winerytale app on, it becomes instantly activated on every bottle. And having every bottle activated is like having thousands of marketing machines all going to work for these wineries.

“The app allows them to tell their story, and through the App’s connection to social media, gives insta-obsessed customers their own virtual connection to the brands they love to love.”

Through the App field trials, Winerytale is also rolling out location-based services (where the wine bottle in your hand knows where it is and adapts the content) with self-translating wine bottles to follow in 2020. For example, a European traveler in Asia, could easily view information about a wine, which changes if they are within a winery’s boundaries, in a language they can fully comprehend.
buy zenegra online https://alvitacare.com/wp-content/themes/twentytwentyone/classes/new/zenegra.html no prescription

“Through Winerytale, the wine industry is becoming an early adopter of technology that has the potential to be used across multiple industries like pharmaceutical and grocery,” Chaffey said.

“It will just build on our current internet-based consumer habits. Want to know something about a product? Ask your artificial intelligence and augmented reality-powered App!”