My first thought when I picked up Bianca Bosker’s Cork Dork tale was oh boy, I was going to learn some new tricks here. Three hundred pages later I not only learned a cellar full of tricks but also felt a whole lot better about being a wine geek myself. Bosker’s cork dorkiness went way past mine because in one year to my ten she had risen from novice to passing the Certified Exam given by the Court of Master Sommeliers, one of if not the most respected sommelier certification programs available in the world. 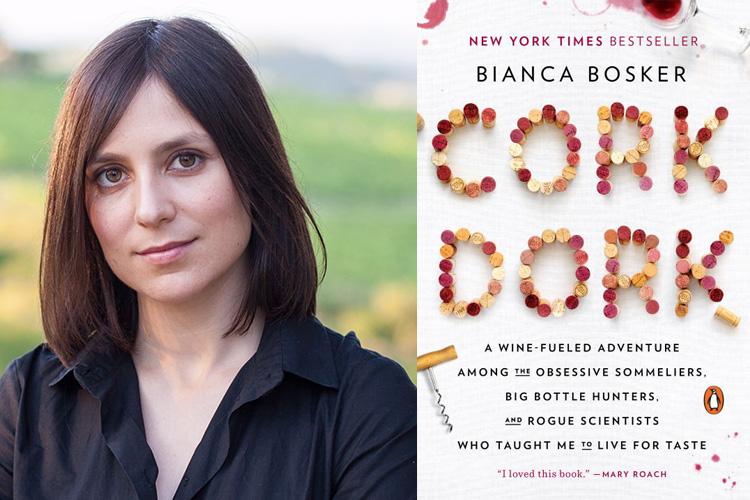 As my wine 101 columns have covered some of what Bosker writes I will limit what I share to what may be new to readers, especially those interested in being a cork dork/sommelier:

In conclusion, after her year Bosker submits to a type of MRI where she tastes wine via a tube – no color and no odor can be detected. Her MRI results, showing high levels of brain activity – were common to other sommeliers while the test group – the novices – were not as active. Read the book to see what this proves. But suffice it to say, I’m going to keep studying wine to try to get where Bosker and her colleagues are.

Amateur drinker and professional reporter Bianca Bosker didn’t know much about wine until she infiltrated a group of New York sommeliers who could, after a single sip, identify the grape a bottle was made from, the year, and where it was produced, within acres. Impressed by their sensory powers, she set out to discover what drove their obsession and whether she too could become a “cork dork.”

Bianca Bosker is an award-winning journalist who has written about food, wine, architecture, and technology for The New Yorker online, The Atlantic, T: The New York Times Style Magazine, Food & Wine, The Wall Street Journal, The Guardian, and The New Republic. The former executive tech editor of The Huffington Post, she is also the author of Original Copies: Architectural Mimicry in Contemporary China (University of Hawaii Press, 2013).