I attended a wine class organized by the North American Sommelier Association (NASA), of which I am a member, to learn more about ‘Cru Bourgeois’ wines mostly from the Medoc and Haut Medoc region of Bordeaux, France.

Wine appellations in Europe have lots of rules and distinctions. The Cru Bourgeois was different from any other I had learned about before, and the prices – $20 to $50 average – made them accessible to anyone with wine interests.

There were just maybe two dozen of us in the class: sommeliers, wine store owners and wine students. I was surprised to learn that I was one of two people that had been to Bordeaux, but not to the Medoc region.

Some of the reasons why the Bordeaux region is important

Haut Medoc is where the classic Cabernets come from. If you travel the road between Medoc and Haut Medoc, running south to north, the gravel changes from smaller and fine to bigger gravel and more clay. So wines from Haut Medoc are more tannic, potent, powerful and require more aging. As you continue up the wines get bigger. It is widely considered that wines made from grapes closer to the Gironde River are better.

The term, Crus Bourgeois, first became commercial in 19th century. The classification was made official in 1932 with 444 members. By 2003 there were 247 Chateau in the association.

The Crus Bourgeois are considered good wines that weren’t let into Grand Cru classification. This was a way to get national recognition beyond the Grand Crus.

The Crus Bourgeois is a privately controlled certifying organization. At one point one member of the panel was a vintner, it was eventually deemed unfair, and in 2009 a new tasting was held.

The first official selection of Crus Bourgeois was for the 2008 vintage. Every year, two years after harvest, the wines are tasted to see if they will be included as a Crus Bourgeois. The procedure is done annually, to every vintage, and supervised by an outside party, with an audit and a blind tasting. (Grand Crus don’t do this testing)

They have to have a representative random sample, to get an indication of that year’s quality, so they do an annual blind tasting that starts with 80 samples and goes down to 16. This gives a benchmark score of quality and what they are looking for.

More Facts of the Crus Bourgeois

For centuries, BORDEAUX has commanded an almost mythical status in the world of wine, beguiling kings, emperors and dictators alike. While its survival is dependent on the capricious nature of weather,  its prosperity has always been tied to the shifting fortunes of global economies. As powerful nations rise and fall, so does the fate of this place.

One of the unique and historical characteristics of this commanding wine region is the quality ‘classification’ of its left bank (Medoc) wineries. Most of us are well aware of the famous 1855 classification that divided the wineries into a ‘Grand Cru’ scale of 1 to 5 and how unreachable the 5 top Chateaux are in price…but how about the wineries that were NOT classified in 1855 ? The ones that were born after, or perhaps never made the cut back then but today make fabulous wines at accessible prices? Welcome the CRU BOURGEOIS. Created in 1962 but with a far longer history, this association of producers stands to protect, classify and promote all the superb wineries that were not classified in 1855 and were in the hands of merchants and not noble families. They represent some of the best and most competitive wines that Bordeaux has to offer. As a result of their selection criteria and positioning in terms of price, the Crus Bourgeois are ideally suited to today’s markets and the requirements of increasingly demanding consumers. 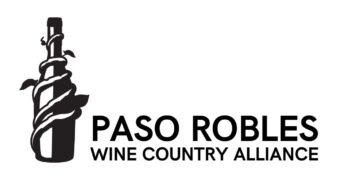