CALISTOGA, CALIF. (PRWEB) – Larkmead Vineyards (https://larkmead.com) is celebrating its 125th anniversary this year, a milestone rivaled by few wineries in the United States. Founded as a wine estate in the late 1800s, Larkmead is now under the stewardship of proprietors Cam Baker and Kate Solari Baker, who have overseen Larkmead’s elevation to a world-class estate winery over the last two decades. Larkmead produces some of the Napa Valley’s top rated Cabernet Sauvignon under the guidance of celebrated winemaker Dan Petroski. 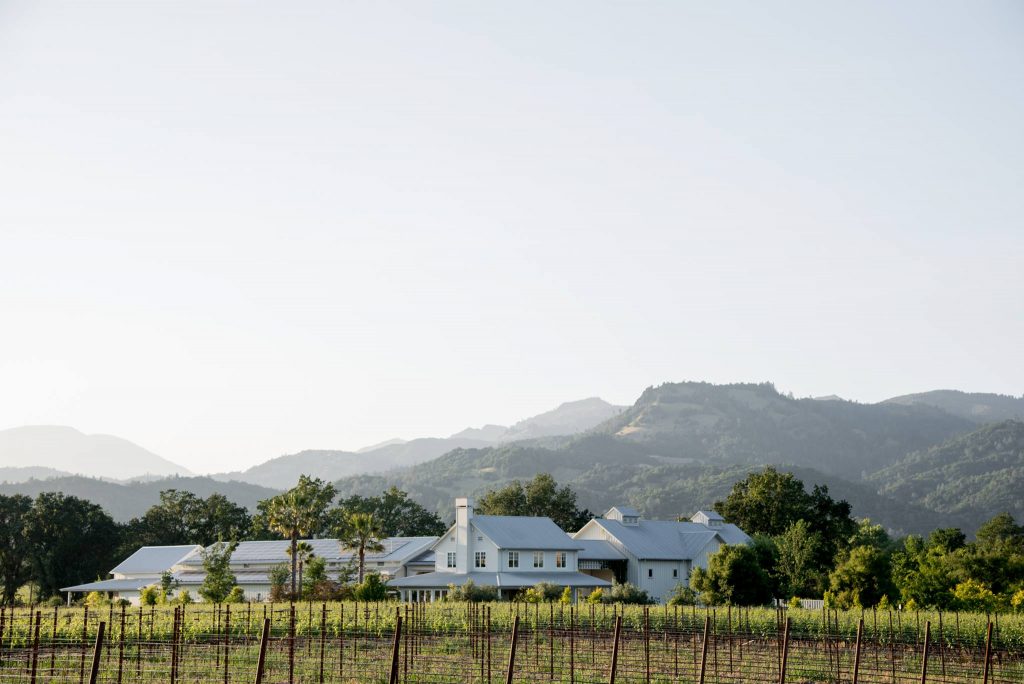 “As we reflect on 125 years of history, we are also thinking about the future. Our family has had the great fortune to act as stewards of this great estate since it was purchased by Kate’s parents, Larry and Polly Solari, in 1948 and we have a responsibility to protect and preserve it for posterity,” said Cam Baker. “That means honoring the estate’s remarkable history and achieving the highest quality wines for its future.”

As a longstanding bastion of research and supporter of the Napa Valley Agricultural Preserve, Larkmead is at the forefront of viticulture and climate research. In August 2019, Larkmead announced the establishment of a research block, dedicating three acres of the estate to be planted to several different grape varieties, clones, and rootstocks for trial purposes as Napa Valley’s climate changes. The three-acre plot will be planted to California heritage varieties including Chenin Blanc, Petite Sirah, and Zinfandel, alongside Mediterranean varieties such as Aglianico, Tempranillo, and Touriga Nacional.

This research endeavor is not the first to occur at Larkmead. In 1939, UC Davis professor and eminent grape geneticist, Dr. Harold P. Olmo, planted a clonal station at Larkmead with the purpose of understanding Cabernet Sauvignon and its place in Napa Valley’s terroir. In honor of the remarkable contributions Dr. Olmo made through his work at Larkmead and internationally, the Bakers made a recent gift to the UC Davis Library to fund the processing, cataloging, and digitization of the significant Dr. Harold Olmo Archival Collection at the UC Davis Library.

Through the spring of 2020, Larkmead will be launching a number of initiatives celebrating the anniversary, both at the winery and in markets across the US. At the winery, Larkmead will showcase the estate’s history through an exhibit of images and objects from significant milestones, open to guests with tasting appointments. Larkmead will also host a series of tasting events in several national markets and at the winery, by invitation.

A History Spanning Across Three Centuries

Larkmead was named by Lillie Hitchcock Coit, whose father, Dr. Charles M. Hitchcock, purchased 1,000 acres in Napa Valley in 1873 and subsequently gave a portion of the property to Lillie. Having spent the Civil War years in Paris, Lillie developed a bohemian lifestyle, and her home at Larkmead soon became a haven for famous artists, poets, and writers of her day.

A winery at Larkmead was leased by F. Salmina & Co. in 1895, now considered the year of Larkmead’s founding as a wine estate. In 1906, the Salmina family built a new winery and by 1915, Larkmead was winning awards at the Panama-Pacific International Exposition, also known as the World’s Fair in San Francisco.

Prohibition brought Larkmead’s winemaking to a halt in 1920, but the Salmina family sustained their business by obtaining a license to produce sacramental wine, allowing production to continue. Following repeal in 1933, Larkmead was ready to sell wine by January 1934. In 1939, just after the start of World War II, Larkmead debuted their 1937 vintage wine – the first Larkmead wine to be sold under a vintage date. That same year, Larkmead wines were featured at a lunch with President Franklin D. Roosevelt on Treasure Island in San Francisco. More importantly for the future of Napa Valley and the American wine industry, Dr. Olmo – one of the 20th century’s most influential viticulturists – planted a clonal station at the Larkmead estate. In the 1940s, he developed the widely-planted Cabernet Sauvignon clone FPS 02. Commonly known as the “Oakville selection,” this clone was fundamental in establishing Cabernet Sauvignon as Napa Valley and California’s signature grape variety.

In 1948, Larry Solari, Manager of the Wine Grower’s Guild marketing collective, and his wife, Polly, purchased the Larkmead estate, marking the beginning of the Solari family stewardship. The Solari’s began a long tenure selling estate fruit to Napa Valley’s top wine producers and later wine under the name “Larkmead Vineyards.” During this period, Larry also served as President of United Vintners, which owned Italian Swiss Colony, Inglenook, and Beaulieu Vineyard.

Larkmead transitioned to the ownership of Cam and Kate in 1993, and they began the significant replanting of the entire vineyard property to the highest quality Bordeaux varietals that continues today.

“We knew that our vineyard produced some of the best fruit in Napa Valley, and we wanted Larkmead to be the great Napa Valley estate that it was destined to be,” said Kate Solari Baker. “Our first release in the new era was the 1995 vintage, and Larkmead is now producing the highest quality wines in the Napa Valley which will continue to get even better.”

Committed to Larkmead being a world-renowned wine estate, in 2005 Cam and Kate built the first phase of a new state-of-the-art winery on the property so that each vineyard block could have its own dedicated vinification tank. The production facility and a farmhouse-style hospitality building were designed by renowned architect and family friend, Howard Backen. In April 2006, a new tasting room opened to the public, and in 2013, the facility was expanded to enhance micro-lot fermentation and barrel aging. Under the direction of winemaker Dan Petroski, named 2017 Winemaker of the Year by the San Francisco Chronicle, Larkmead’s wines have achieved numerous accolades, fulfilling the promise of this historic estate, and the best is yet to come. 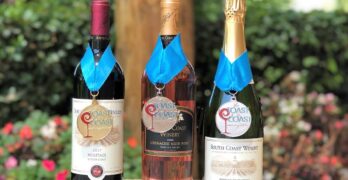