There are usually more than one reason we become fans of a particular winery: an outstanding line-up of varietals, a feeling of connectivity with the people that work with the winery, a tasting experience that lingers in your memory and maybe a chance meeting…I had all of these things happen when I encountered Stolpman Vineyards. 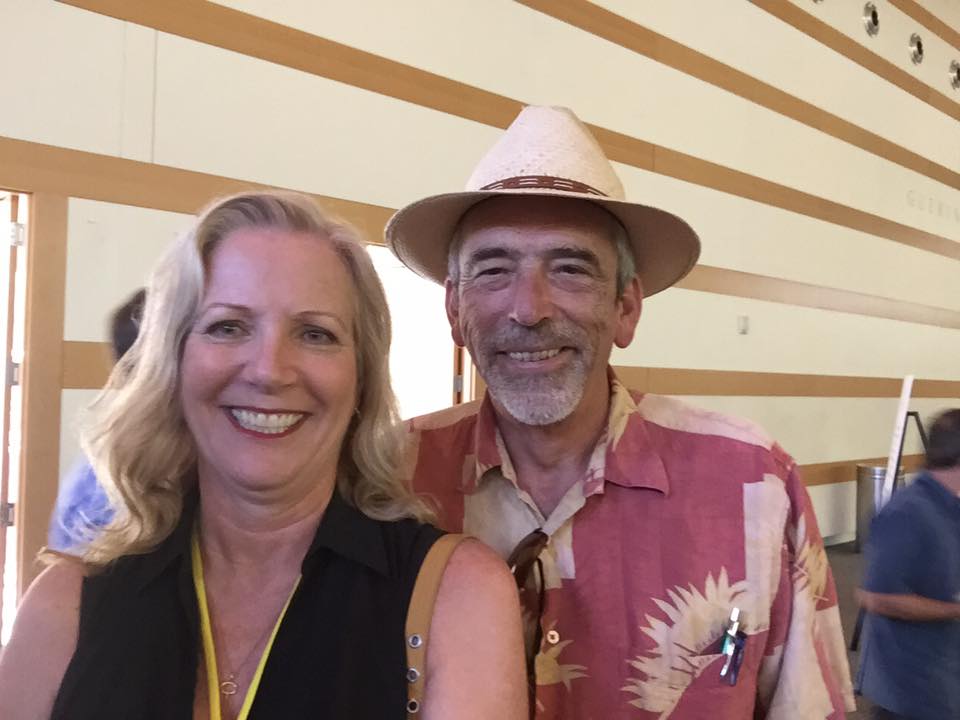 Tom Stolpman says, “I don’t always drink wine but when I do it’s La Cuadrilla” from, you guessed it, Stolpman Vineyards!

A few years back I was planning a group trip to Los Olivos/Ballard Canyon/Solvang wineries. Stolpman Vineyards came up because I liked the Rhone varietals they were making – well before they obtained a separate AVA distinction for their Ballard Canyon Syrahs.

I wrote about that first tasting in the article title “Eve and Peter Stolpman: Stolpman Vineyards Ballard Canyon Tour, Picnic and Tasting” in 2013 and still count it as one of my most memorable. The way that Peter, partner and vintner, took care of us: tasting the wines in the vineyard – while driving to a picnic spot and learning some of their vineyard practices. Peter was tall, good looking and charming on his own, but with those tasty Stolpman wines and the surroundings to match – my group was completely enamored.

I would see Peter off an on over the next few years, along with his lovely bride Jessica, at trade tastings.

Fast forward to…well you can see it in every article footer since this happened: when I “served as a judge for the Long Beach Grand Cru…” in August 2015. There I was in a room filled with wine judges – with so much to learn from – and I also took note of a very tall slender man with a cowboy hat come in, shake a few hands, and then disappear.

Something nagged at me about that tall man. Later that evening at a dinner hosted for the judges and all those involved with the Long Beach Grand Cru I saw him again, “It was then that a tall gentleman wearing a cowboy slipped a bottle of wine from Stolpman Vineyards onto the tasting table. It took me about a nanosecond to figure out who that was. Tom Stolpman is also on the Board of Directors. A second after that I learned that he met fellow board member, James McAdams, in law school in the 70s and the two practiced in the same Long Beach firm.”

During the 2016 Long Beach Grand Cru Tasting I got to meander the grounds along with Tom, in particular tasting and commenting on wines from other wineries that were made from his vineyards. It was another memory for me to file away in my brain under “Stolpman Encounters” that I call up often. We had become Stolpman wine club members by then.

Again, fast forward to this current year where we met Peter again when our very own Salt Creek Grille hosted a wine pairing dinner with Executive Chef Ignacio Munoz. I brought three of the original six guests that Peter had hosted for that tour, tasting and picnic now four years earlier – and maybe because we rushed him en masse he easily remembered us. So nice. We bought a case of wine that night that will last me through the summer, 2015 Roussanne and 2014 Syrah. 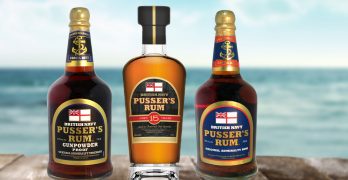 CHARLESTON, S.C. (PRWEB) - Pusser’s Rum is proud to announce that its 15 Year … END_OF_DOCUMENT_TOKEN_TO_BE_REPLACED