V. Sattui was named 2020 “Domestic Winery of the Year” after earning a remarkable 26 medals, including 10 that were awarded Platinum and 12 awarded Gold at the 38th annual San Diego International Wine & Spirits Challenge. The Napa Valley winery, specializing in vineyard-designate bottlings, produced a tie for “Wine of the Year” with their 2016 Mt. Veeder Cabernet Sauvignon ($92) and 2016 Vangone Vineyard Cabernet Sauvignon ($140), each dazzled with a score of 98 points out of 100.  V. Sattui’s Bordeaux-style blend, the 2016 Paradiso ($95), narrowly missed a three-way tie with a score of 97 points. 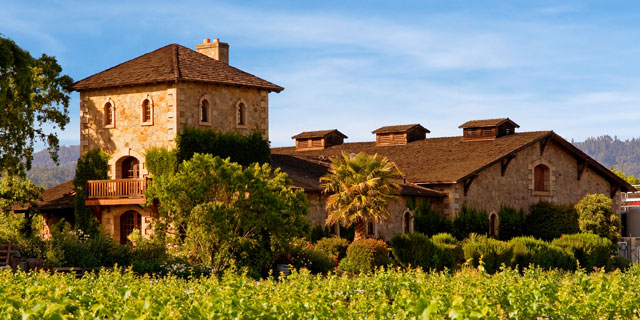 The venerable San Diego International is one of the oldest and most revered competitions in the United States. Founded by award-winning wine columnist Dan Berger and Bob Foster and wine rep Dick Colangelo in 1982, the competition has been under the guidance of nationally syndicated wine columnist Robert Whitley for the past 17 years.

Whitley has assembled a remarkable team of dedicated wine enthusiasts, including Director Rich Cook and Chief Judges Michael Franz (Wine) and Maurice DiMarino (Spirits), to oversee planning and production of this important annual deep dive into wine & spirits evaluation. The San Diego International chooses its judges carefully, always with an eye toward giving each wine and spirit entered a fair shot on a level playing field.  This year’s panel of judges included a prestigious list of winemakers, wine writers, and sommeliers.

“American and foreign wine competitions can be, and often are, unpredictable.  It’s not unusual for an unknown to show up and claim a top award.  But some things never change.  One of those would be the inevitability of V. Sattui Winery, one of Napa Valley’s finest,” stated Whitley.  Speaking to V. Sattui’s richly flavored 2018 Anderson Valley Pinot Noir, “Notes of black cherry, ripe strawberry, fall spice and gentle oak toast entice on the nose and please on the palate, with a supple texture and a long, fully integrated finish keep you coming back for more.  Wines like this are why Pinot Noir is so popular.” he added.

“I am very proud and happy for our vineyard and winemaking teams; they work so hard and deserve all the credit for this amazing recognition of our wines.  To be Voted Best Winery and tie with ourselves for Best Wine of the competition is a tremendous feat,” says Winery President, Tom Davies.

VERONA, ITALY (PRWEB) - The CourseJuly 2022 marked an exciting foray into the UK … END_OF_DOCUMENT_TOKEN_TO_BE_REPLACED