DUNDEE HILLS, Ore. /PRNewswire/ — Sokol Blosser Winery, founded in 1971 by Bill and Susan Sokol Blosser and now under second-generation leadership, will mark 50 years of growing and making signature Willamette Valley wines in 2021 with a year-long celebration. 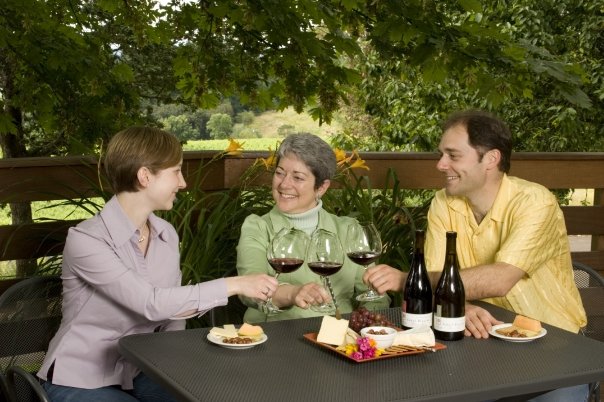 As part of the celebration, Sokol Blosser will revisit its first vintage with a 1970s Flash Sale on Tue., Feb. 2. For one day only, its 2018 Redland Estate Cuvée Pinot Noir will be available on its website for $6.75 per 750 ml bottle – the very same price of the winery’s first vintage of Pinot Noir in 1977. (Limit of 12 bottles per person, while supplies last).

“This is a major milestone for us,” said Alison Sokol Blosser, CEO of Sokol Blosser Winery. “We are one of the few founding wineries in the Willamette Valley that has not only remained family-owned and operated, but has continued to grow. My brother Alex and I learned the business from working alongside our parents, and we’re so grateful for the strength and wisdom that’s enabled us to not just survive but thrive for 50 years. We’re excited to celebrate all year long with our customers, trade and industry partners!”

On top of its 1970s Flash Sale, Sokol Blosser will mark the occasion with a series of special bottlings, tasting room activities (when it’s safe) and wine club offerings including:

“It’s a privilege to farm these vineyards and create wines that reflect the exact hillsides where our parents started 50 years ago,” said head winemaker Alex Sokol Blosser. “Our wines have improved year after year, and it’s a testament to our parents’ original belief that the Dundee Hills and Willamette Valley would indeed be a fine place to grow grapes and make wine.”

A Half Century of Accomplishments
In December 1970, Bill and Susan Sokol Blosser purchased five acres of land in the Dundee Hills (a former prune orchard), and soon thereafter planted it to Pinot Noir and other varietals. By 1980, the Sokol Blossers had expanded their holdings to 72 acres and today the winery farms 105 acres of estate vineyards under vine. Over its 50 years, Sokol Blosser has made history with a number of accomplishments:

About Sokol Blosser Winery As one of the pioneering wineries of the region, Sokol Blosser has played a key role in developing and shaping the now-prominent Oregon wine industry. The winery remains family owned and operated, with the second generation now at the helm: siblings Alison and Alex Sokol Blosser. Achieving B Corp certification in 2015, the winery creates wines of world-class quality, produced in a sustainable manner, reflecting the distinctive flavors of the grapes, soil and climate. The winery produces Pinot Noir, Pinot Gris, Chardonnay, sparkling wines, Riesling and small quantities of single block Pinot Noir under its Sokol Blosser brand, and a white wine, red blend, Pinot Noir, sparkling wine, Riesling, and Chardonnay and Oregon’s first nationally distributed box wines under Evolution label. Visit http://www.sokolblosser.com/ and follow @sokolblosser and @evolutionwines on Instagram and Facebook.

The KFWE is the destination for wine and food lovers alike, affording … END_OF_DOCUMENT_TOKEN_TO_BE_REPLACED