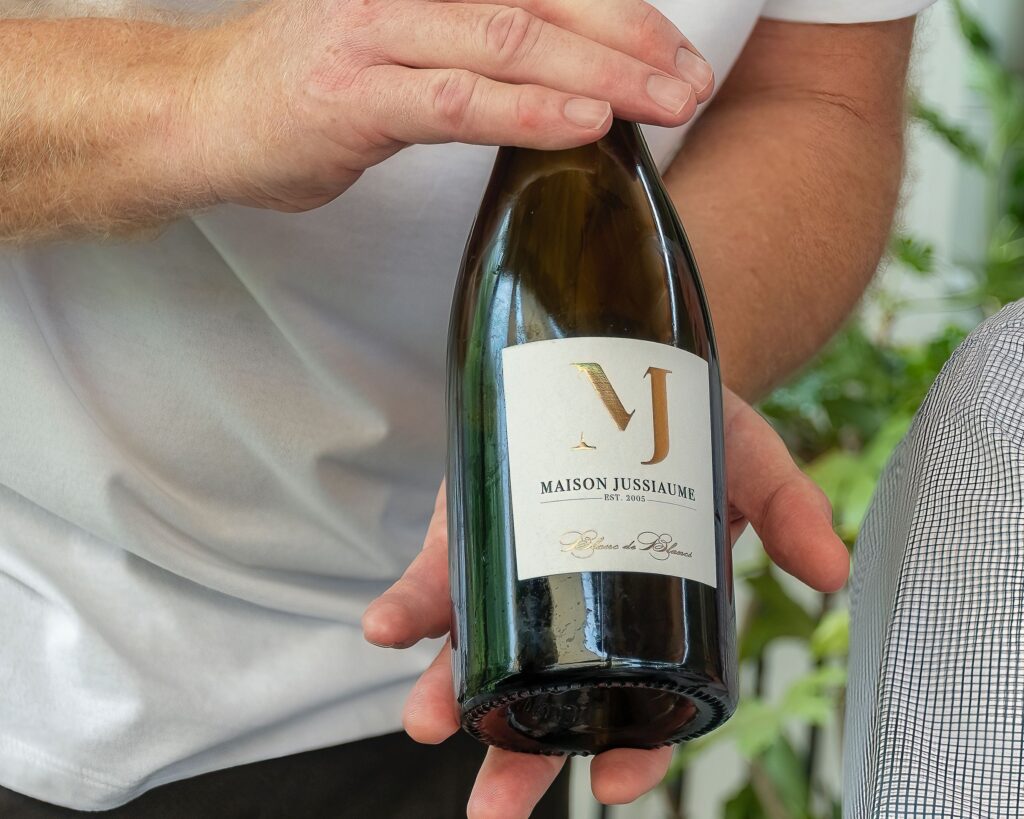 Held at the end of July under a blue bird sky in the stunning, private garden of Tika Squires, the exclusive gathering focused on the best of the best sparkling wines and champagnes, locally and internationally including Maison Jussiaume’s 2019 Oeil de Perdrix, a brut Méthode Champenoise cuvée of 50-50 Pinot Noir and Chardonnay and winner of the prestigious 2021 Sunset International Wine Competition for Best Sparkling.

The patron-hosted event brought in $4,000 in support of the ongoing work of Southern Oregon’s award-winning independent film festival.

With 170 microclimates and five AVAs defined by four rivers, Southern Oregon is ideal for growing a large variety of grapes. Lesser known than their Californian neighbors to the south and their Willamette Valley neighbors to the north, they produce exceptional yet accessible wine, that focus on terroir and with bottle prices at a fraction of the cost. Past AIFF wine events have dived into tempranillo, cabernet franc and pinot noir—all grown in the region.

Much like the Rogue Valley wines that Ashland Independent Film Festival showcases at their wine events, discovery and experimentation and engagement is a theme. Set in the picturesque town of Ashland, the festival offers to audience members, filmmakers, and industry representatives the rare opportunity to interact after films, at symposiums, talk backs, parties, lounges and after hours. They are beloved by movie-goers and film-makers alike for their warmth and quality, with a fiercely devoted following.

If you’re not familiar with AIFF, check out this regional gem. They are currently holding their #WorldFilmWeek of international films with online and local screenings.

LOVINGSTON, Va./PRNewswire/ -- Virginia Distillery Company and members of the … END_OF_DOCUMENT_TOKEN_TO_BE_REPLACED