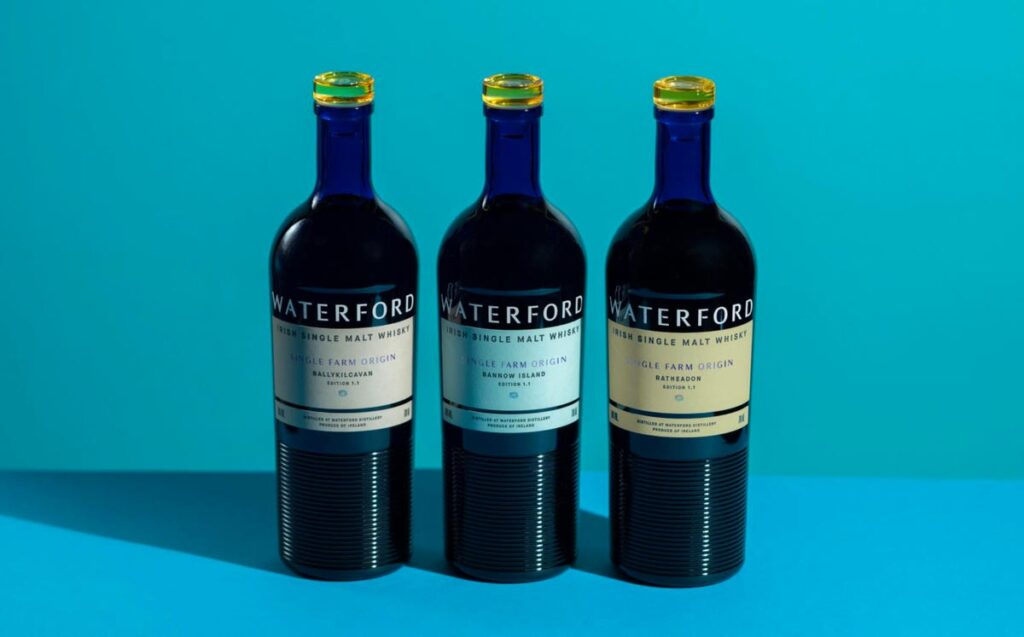 Each Single Farm Origin—an individual Waterford Single Malt Whisky in its own right—is made exclusively from Irish-grown barley, harvested, malted and distilled separately for complete flavor integrity. While the distillery has reveled in such individuality, it is only when there is a fusion of individual terroirs that Waterford Whisky can fulfill its ambitions to create the ultimate single malt whisky. To create The Cuvée, Head Distiller Ned Gahan layered together 25 individually distilled Single Farm Origins, drawn from a combination of premium American and French oak barrels.

“Coming from a wine background I have always been intrigued by how the very greatest Bordeaux wines were made,” says Founder and CEO Mark Reynier. “Rather than generically bundling up their grapes into a single wine they went to the effort of making several individual wines instead, each one expressing a terroir-derived personality of its own. Only after months of maturation are these component wines assembled—each bringing its own flavor character—to make a single profound wine of greater complexity, the Grand Vin. Why not with whisky? This is the vision seven years in the making, the essence of the Waterford project. Here the whole is even more than simply the sum of its parts: the result is our vision of how to create the most complex and profound single malt possible.”

The Cuvée is a culmination of Waterford’s Single Farm Origin Whiskies, each one defined by its own Irish-grown barley, each one distinctly different—all of them Waterford single malts. Waterford Whisky takes flavor so seriously that it starts not just with selecting the right grain, but by prioritizing where that grain was grown and harvested in Ireland. Waterford uses only barley; which has been shown by scientists to contain nearly 100 major flavor compounds. Waterford partners with dozens of farmers to grow the barley for its whiskies. Each farm’s harvest is carefully monitored in the field and at the distillery, where it’s malted, mashed, fermented, distilled, and matured as a single product—no mingling with another farm’s harvest. Every stage of the process is optimized to bring out the natural characteristics of the grain. The distinct flavors in the new-make spirit, before it’s aged into whisky, show remarkable differences from farm to farm.

The Cuvée’s aesthetic is a work of art in itself. To create a visual representation of the layers of complexity in the bottle, Waterford Distillery commissioned leading Irish visual artist Leah Hewson to design “Binary Assimilation” which is displayed proudly on Waterford’s flagship blue bottle. Hewson’s original artwork reflects the intricate nature of such a milestone product. ”Binary Assimilation celebrates the many layers and complexities of Waterford’s approach to whisky production. The brand’s scientific and methodical approach reflects my own and this provided an inspiration to sync art, flavor and character into something visually striking,” says Leah Hewson. “By building the piece in layers through color, I was able to create new dimensional effects to match the concept of the Cuvée.” Two computer-generated images that are depicted in paint have been divided into strips and overlaid with opaque and transparent red and green stripes, and a neon squiggle in to create ’ambiguity and illusion.’

“This is no ordinary whisky—it is our lodestar, a key milestone on our terroir-driven journey—our raison d’etre,” adds Mark Reynier. “Its vision, evolution derived from unprecedented logistics, merits an equally outstanding label. One that shared the elemental construct, evoking vibrancy, a bold statement and a multi-layered feel. A label unlike any other, for a whisky unlike any other.”

The Cuvée is bottled at 50% ABV with no chill-filtration, no coloring—a totally natural whisky. It is available for $95 nationwide at fine retail stores.

About Waterford Whisky
Waterford Whisky is on a quest to unearth whisky’s most natural flavors. Unashamedly influenced by the world’s greatest winemakers, Waterford brings the same intellectual drive, methodology and rigor to unearth the nuances that make Waterford Whisky the most profound single malt ever created. Across southern Ireland, warmed by the Gulf Stream, temperate, moist air crosses fertile soils to produce a verdant landscape and the world’s finest barley. Since barley is the source of malt whisky’s complex flavors, it makes abundant sense to focus on where and how the barley is cultivated. Those flavors are shaped by place, by the soils that nourish its roots, by the microclimate in which it ripens. By terroir. Waterford is a whisky of the world, born of Irish barley. For more information, please visit https://waterfordwhisky.com/ 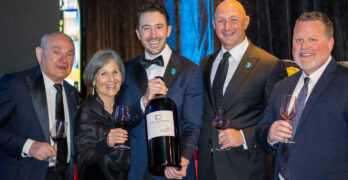