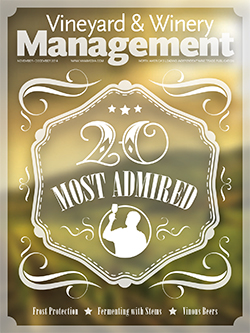 How do you pick where to stay in wine country? For us, it’s a combination of things, and checking out the reviews of a place definitely factor into the equation. The decision is based a lot on location, since we like to be in the general area of where we will be exploring, but the quality of the lodging is, of course, important as well. And, let’s be realistic, affordability is an issue, as prices can range from “budget” to “super luxury”. 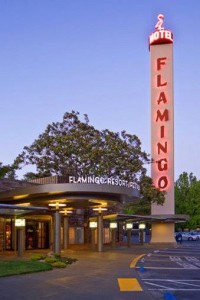 For our latest trip to Sonoma County, we knew we wanted to stay in Santa Rosa, as we planned to spend a lot of time in the Dry Creek and Russian River Valleys, but at the same time wanted easy access to the town of Sonoma and farther east as well.

Researching the area, The Flamingo Conference Resort and Spa seemed to fit the requirements. And the fact that it was modeled after the Flamingo in Las Vegas [and has been named a historical landmark] made it all the more interesting. Nice, well maintained facilities, friendly and helpful staff, good restaurant with an extensive menu selection, as well as entertainment in the lounge many evenings made this a great choice. And, you can add in visits to the Montecito Heights Health Club and Spa next door.

Not surprisingly [this is wine country, after all], the owner of the hotel also owns a winery. The wines from Ehret Family Winery are available for tasting, purchase, and with your meal in the Terrace Grille Restaurant [of course there are many other wines on the restaurant wine list as well].

We sat down with restaurant manager Thomas Kelly to taste through the following wines:

I wasn’t really sure what to expect from wines made by a hotel owner. But, in fact, the owners of the hotel, Pierre and Susan Ehret, before starting their own winery, sold the grapes from their Knights Valley Vineyard to the likes of Beringer and Cakebread. And winemaker Nick Goldschmidt had a long career with wineries such as Simi, Clos du Bois and Atlas Peak before becoming a full-time consulting winemaker. So, not surprisingly, these were all solid, well-made efforts. I especially liked the floral notes and long clean finish of the Sauvignon Blanc, the mellow mouthfeel of the Meritage, and the beautiful fruit of the Syrah.

No complaints from me. I’d definitely stay here again. 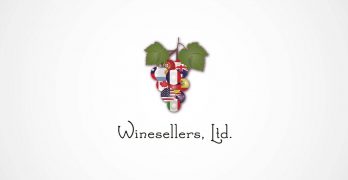