The 2018 extraction of the 2017 harvest has started. In the last week outside temperatures have gone down into the 25-30 degrees below centigrade range. This is an unusual spike downwards for this time of year and it makes our job easier and harder.

Easier in that concentrations will remain high for longer when extracting. Harder because it’s cold and the cold further underlines the stickiness and the hard work involved. Each tank is tapped and tapped again for the naturally sweet apple juice and the temperatures makes for numb fingers.

2018 is also unusual because for the first year in our short history I’m not the guy with the main responsibility for getting this crucial part of the process done, Dave is.

David Biun came to us from the US (together with his wife Tegan) in September 2017 to assume the full time responsibility as cidery manager and cider maker and he’s now in charge of every step in the production process.

I keep fretting about whether my less than hands on involvement will be good or bad for the cider that comes out the other end. In my mind, the blood sweat and tears I and others have invested since the start is also an important part of the soul of the cider.

However, I know this to be superstition. A personal myth if you will. And my bad conscience is probably more down to my ego than real concern. Micro management is good when implemented at the right steps, to the right details. Me worrying, obsessing about potential problems though is likely not very constructive.

Sure, I’m out here checking on the work, keeping Dave company and discussing the over arching goals, but frankly, for the actual work right now he doesn’t need me here. And that probably plays into it as well. The feeling of not being as needed, not being as crucial (as I’ve previously have seen myself) takes some getting used to. Again, a fair bit of ego.

No, David working together with Markus, our consulting wine maker, will make the odds that we’ll produce an outstanding vintage much better simply because they both know the job much better than I can ever hope to.

Their combined experience and knowledge of the hands on cellar work and the processes that make a great wine or cider is something I, having learned the basics later in life, can never hope to achieve. I’m proud of having learned, but for the cider to reach new levels of balance, clarity and quality, I need to leave it to the professionals.

In 2016 and 2017 we worked with only three apple varieties, closely linked to Swedish history, and the 2016 turned out fine. Austere with high acidity in relation to residual sugar which presents a drier ice cider than previous years.

This year we decided to add back a few apples back into the mix like Cox Orange and Mutsu to give the ice cider some of the body and texture of those varieties.

2017 was the worst year in five decades for apple growing in Sweden, one of the main problems being a very cold and unpredictable spring with heavy frost and hail in the southern parts of the country. We were worried that the weird weather and strange season with a severely diminished harvest would show in the quality of the apples, the levels of sugar, the all round taste.

But no. From the juice coming out of the press in December now being concentrated you couldn’t tell. The acidity is high but so is the sugar and the balance is fresh and full with strong nose and body.

This year we’re also doubling up on production and when we say that to people their first question is whether that will adversely effect the quality of the cider. We see it the other way around. Producing higher volumes won’t make us more industrial in relation to our craft. It’s still all hands and fairly primitive machines and looking at what we’re producing in total this year and comparing it to even small boutique wineries and cideries in the world our volumes are still tiny.

Rather increasing volumes will improve quality. We get more fermentations to learn from and more material to choose from when blending the final cider. The 2017 vintage will likely up the ante for us, enabling us to pick only the best cider for our ice cider as well as increasing the body and quality of the Pernilla Perle.

And so, the start of the extraction heralds positive anticipation and a more focused view on how to achieve the best possible ice cider, each member of our team being able to concentrate on what he or she does best. And the cold weather also brings its upsides. The high pressure that allows for the cold also means clear skies and sunny days. The start of 2018 is looking good. 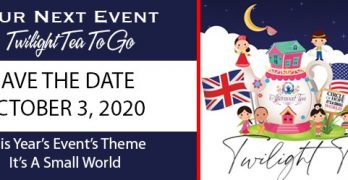 Santa Clarita, Ca. – Circle of Hope, is a 501c3 nonprofit organization in … END_OF_DOCUMENT_TOKEN_TO_BE_REPLACED