Last month Eddie and I attended the WhiskeyFest Las Vegas event at Resorts Word – for the first time! We had two VIP tickets, which allowed us entry one hour early and samples of rare and aged whiskies. My plan? As soon as I checked in and picked up my swag bag – and program – I scoured the slim booklet to see who was pouring what that first hour, made some quick notes, and then attacked the two conference rooms allocated for the event. Second to that plan was doing as much damage, err, getting as many tastes as I desired in that hour, before taking a break, enjoying the different buffet meals, and then heading into a sit down class with one of the brand ambassadors. After the class I did go back into the two main rooms, but didn’t do as much tasting as I had in that first hour and in the class. First I will share the pours Eddie and I  enjoyed in bold and italics, and then I’ll share which class I took and my notes on that. 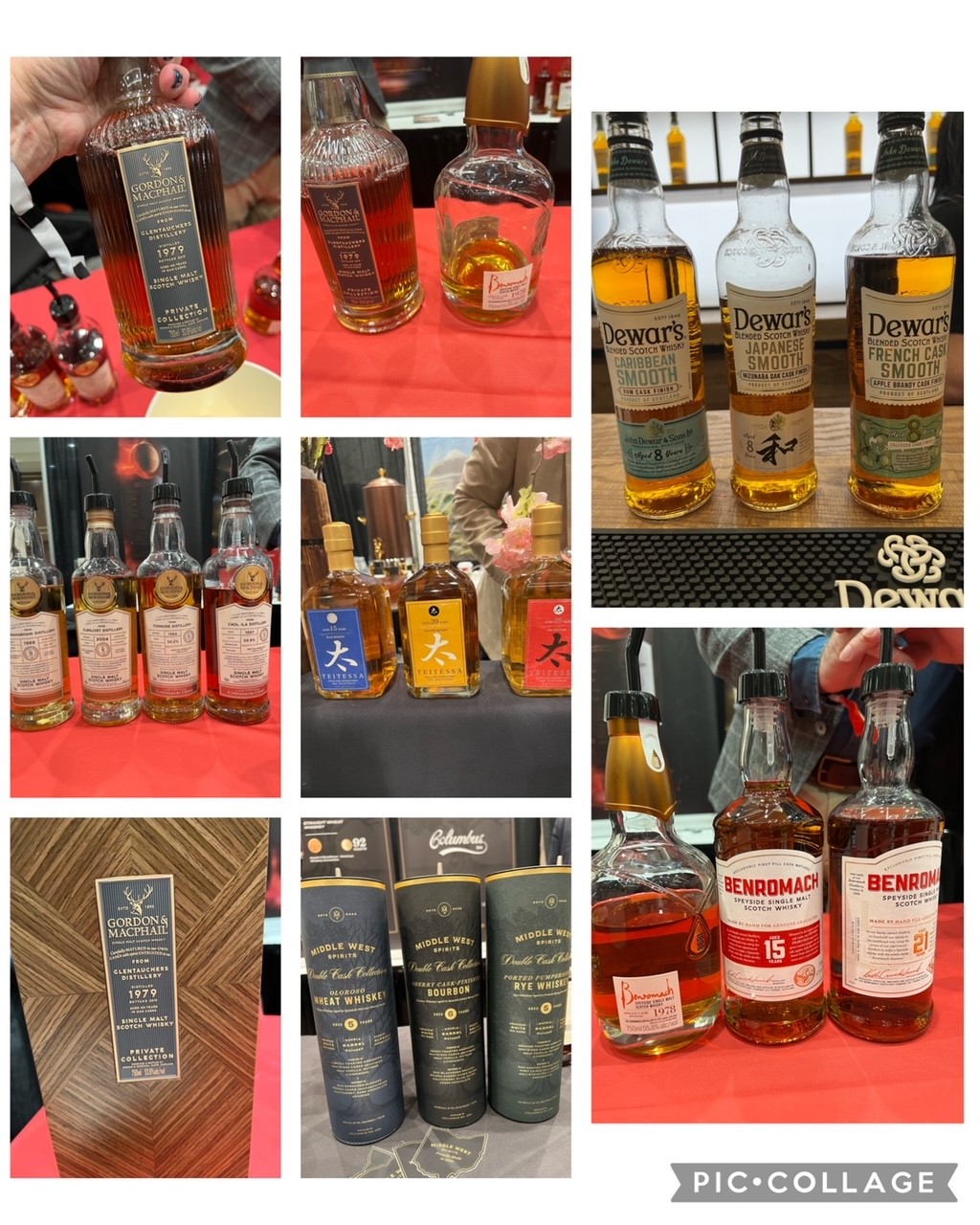 Awayuki Japanese Strawberry Gin: A little on the sweet side for me but tasty.

Teitessa Single Grain Japanese Whisky: 15 yr., 20 yr. (VIP hour only), 25 yr. (VIP hour only) This was my second favorite table, and a new Japanese whisky discovery for many if not all of us at the event. The 15 and 25 year old were both made the same way, and delicious. All three were very smooth and no need to add water. 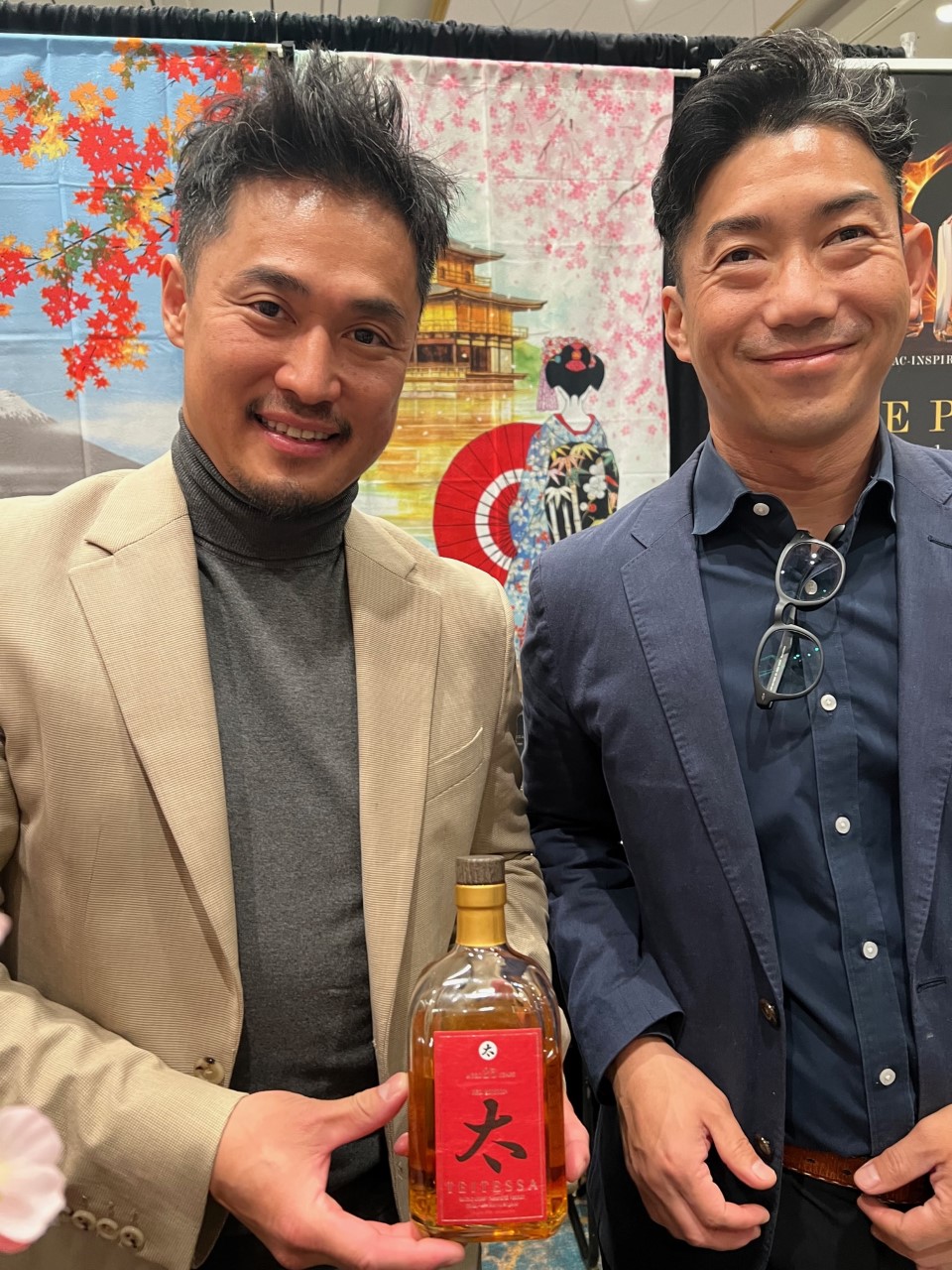 Toki (as a Highball)

I don’t really know why I’m so enamored with Japanese whisky exactly, it may have been my exposure to Sake when I did my certification class, the books I was sent for review on Japanese drinks and Japanese whisky, the uniqueness of the Japanese Mizunara cask, the differences in how Japanese whisky tastes compared to Scotch whisky…or just fond memories of my high school boyfriend Jim Matsuo that still hasn’t come to a single reunion. LOL.

The Art of Blending: A Deconstruction of Hibiki Japanese Harmony

Seminar description: Please join the House of Suntory for an extraordinary opportunity to discover and explore the depth of Japanese whisky. Tasting a selection of whiskies from Chita, Hakushu and Yamazaki distilleries, we will discuss the history, craftsmanship and terroir of the House of Suntory. Through the Art of Blending we will examine the influence of American oak, Spanish Sherry casks and Japanese Mizunara Oak barrels and share the subtle, refined and complex nature of Hibiki Japanese Harmony.

Back to me: The five we tried that led up to the final blend included 1. Chita clean (made from corn). 2. Yamazaki Puncheon cask was a bit harsh to me. 3. Yamazaki sherry cask (my personal “wow that’s good” favorite) 4. Yamazaki Mizunara oak (My second favorite but a bit tight. Hibiki is also the first known brand to make this.) 5. Hakushu heavily peated (not too peated in my opinion). And the final blend they all went into: 6. Hibiki Harmony (We have a bottle at home).

I had a similar class two years ago, and covered it here in this blog, but here are a couple of things that sounded new to me:

Yamazaki Distillery will be celebrating their centennial this year as they opened in 1923. I bet that will garner a nice celebration. Also single malt whisky lost in sales to a less alcoholic drink in Japan: the highball that is now the most popular drink in Japan.

Eve Bushman has a Level Two Intermediate Certification from the Wine and Spirits Education Trust (WSET), a “certification in the first globally-recognized course” as an American Wine Specialist ® from the North American Sommelier Association (NASA), Level 1 Sake Award from WSET, was the subject of a 60-minute Wine Immersion video (over 16k views), authored “Wine Etiquette for Everyone” and has served as a judge for the Proof Awards, LA Wine Competition, Long Beach Grand Cru and the Global Wine Awards. You can email Eve@EveWine101.com to ask a question about wine or spirits.

AUSTIN, TEXAS (PRWEB) – Each year the Texas Whiskey Festival hosts a competition to determine who has the best Texas Bourbon, Rye, and Malt Whiskey. With a panel of judges, we conduct the competition with a method known as blind judging. The brands and specific whiskeys they are tasting are unknown to the judges. “Our panel of judges smell and taste their way through each whiskey, rating the aroma, taste complexity, and finish,” says Co-Founder Jake Clements.

Bourbon: Aged and Bottled in Texas

“These are their winners, but remember the best whiskey is the one you like,” says Co-Founder Jake Clements. Festival attendees will have the opportunity to vote on their favorite distillery to decide on the people’s choice award. 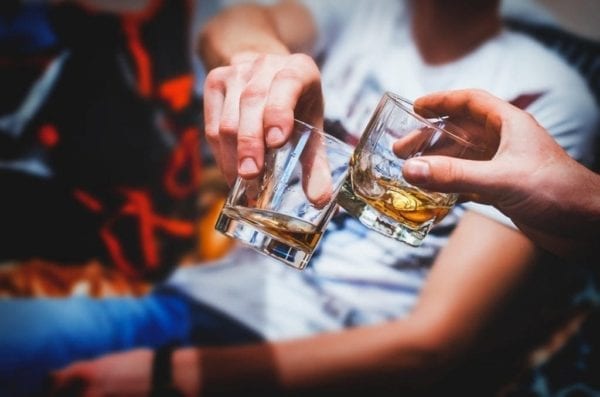 You can taste the best Texas whiskeys and many more. It doesn’t matter if you are an avid whiskey drinker or think you might like whiskey this is an opportunity for you to try new whiskeys and meet the people that make them. You will get to choose from 70+ whiskeys made by the 34 distilleries participating.

It is a night of sampling new whiskey, meeting friends, and enjoying food, cigars, and music. Get your tickets HERE!

Thank you to the Crowded Barrel Whiskey Co for hosting us. A big thank you to our talented judges.

About the Texas Whiskey Festival
The festival’s mission is simple: To help promote and enhance the brands of the many great distilleries throughout Texas. We want to promote and educate whiskey lovers about the whiskeys produced in our great state. We’re doing it all while having fun, drinking great whiskey, and building memorable experiences. As an organization, we know that Texas has some of the best distilleries and whiskeys globally. The Texas Whiskey Festival is an opportunity to showcase that. For more information, please visit https://txwhiskeyfest.com.

The KFWE is the destination for wine and food lovers alike, affording … END_OF_DOCUMENT_TOKEN_TO_BE_REPLACED