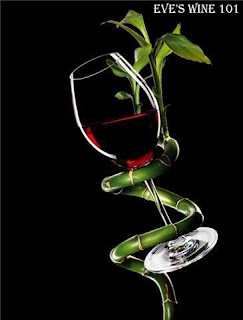 If I like an American-made Sauvignon Blanc, which grape did we snag from France to make it here?  And which wine should I try from France if I like the American-made counterpart?  And why are they called different names if they’re made from the same grape varietal?

This is the kind of thing that will make a wine 101er throw in the towel.  But, it’s not too tough to remember.  I knew most from querying Guy Lelarge, my wine guru that owns Valencia Wine Company, DiMaggio Washington, my WSET instructor that owns The Cellar, the SCV Vintners and Growers Association…and the handy maps from my WSET textbooks.

Here’s your cheat sheet that answers the first question, what our grape varietal in America is called in France:

Chardonnay is Chablis
Pinot Noir is Burgundy
Cabernet Sauvignon is Bordeaux
Merlot is Bordeaux
Sauvignon Blanc is Sancerre
Syrah (Shiraz in Australia) is Rhone (Think Chateauneuf-du-Pape)
Grenache, Mourvedre (With Syrah we commonly call a GSM blend) is also a Rhone.

But, now that you have that in your noggin, add this to answer the other questions: The word IS can be replaced with the word FROM.

The French realized early on the way we bastardized all of our red wines as Burgundies and our whites as Chablis.  But, Americans most notably had to change out many bottles of “our Champagne” and call it sparkling.   Made from the same grape varietals (Pinot Noir and Chardonnay ), in the same Champenoise method, but NOT made in Champagne’s region.

So, there you have it in simplistic terms.  The next time you are faced with a French label, you’ ll know that if you like a Cabernet you should try a Bordeaux.

Now, about Chile, they have a great Carmenere that is considered their Bordeaux (as that’s where they got the grape), which is our Cabernet and Argentinian’s Malbec.  All great “Bordeaux” grapes.  But, as is any wine, the final outcome is contingent on climate, winemaker, etc.