It’s been over five years since we first tasted Epoch Estate Wines in Paso Robles. At the time, they were still making their wines over at Denner with Justin Smith as consulting winemaker. Current winemaker Jordan Fiorentini had just come on board. 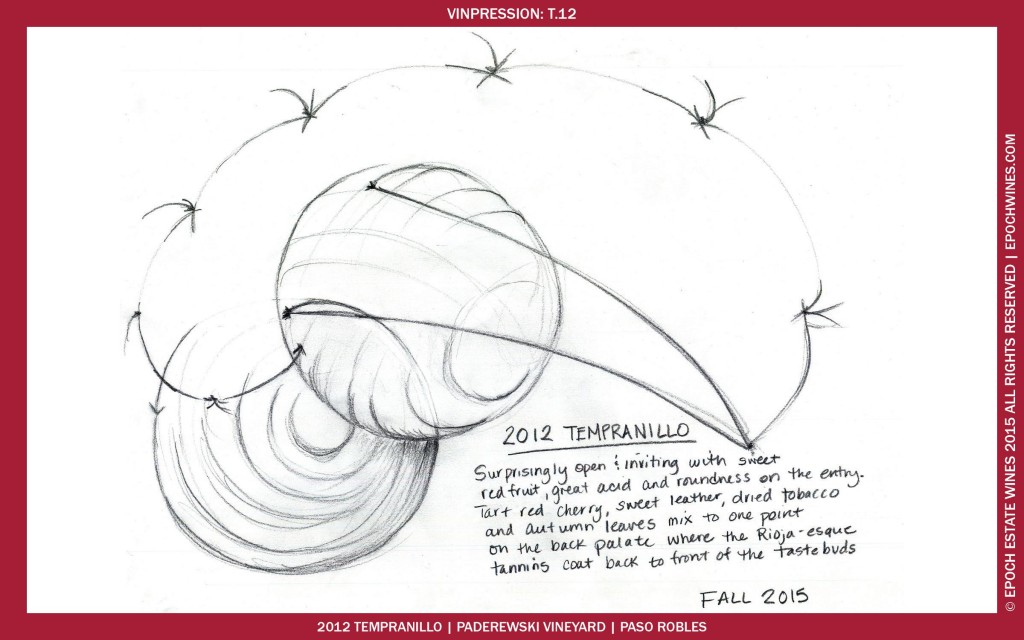 A lot has changed. Winemaking has moved to the Epoch property [home of the old York Mountain Winery for those of you (us) who are old enough to remember that far back] and Jordan has the winemaking task firmly in hand.

My wife Karen and I attended the most recent Epoch pick-up party and took the opportunity to snag a table and chat with Jordan.

As I mentioned, Jordan became Epoch’s winemaker in 2010. Prior to that, she had rich and varied experience. Born in Atlanta, Georgia, she attended Dartmouth College [graduating with a degree in engineering]. But, Jordan’s interest in wine had already been sparked by traveling with her father, as he introduced her and her brothers to many the world’s wine regions. So in the late 1990s she went to work for Napa’s Markham Vineyards. After obtaining her master’s degree in viticulture from UC Davis, Jordan interned at Antinori Winery in Italy in 2002, where she met her future husband. They returned to the US together and went to work for Jordan’s father, who by now had started his own winery in Georgia. After working there for four years, Jordan and her husband moved to California where Jordan became associate winemaker for Chalk Hill in the Napa Valley. After one and a half years, Jordan was named Chalk Hill’s Director of Winemaking and was soon receiving accolades for her wines, most notably her Sauvignon Blanc. [More on this varietal later.]

Change happens and the opportunity at Epoch presented itself. Paso Robles was establishing itself as one of the world’s most exciting winemaking regions. Paso Zins and Rhones were clearly on the map, and the region was taking off like never before.  So, Jordan and her little [but growing] family packed up and moved to Paso.

One of the things that was really important to Jordan on making this change is she wanted to be totally involved with the vineyards that Epoch owns. Being “in charge of the vineyards” enables her to be on top of things on a real-time basis and make vineyard management adjustments as needed. And each of Epoch’s three vineyards is treated a little differently. For example, the Catapult Vineyard, planted by Epoch in 2008, is the hardest to farm and Jordan feels it benefits from a full biodynamic approach.

Epoch is known for its Rhone varietals, as well as Zinfandel and Tempranillo. Not surprisingly, the accolades continued to roll in after Jordan took over primary winemaking. But, Jordan also recently started to make a very tiny amount of wine under her own label, Magna Mater. Totally not in competition with Epoch’s wines but an homage to her own winemaking heritage at Chalk Hill, she buys Sauvignon Blanc grapes from Santa Barbara County’s Vogelzang Vineyard. Reviews of this wine are stellar as well.

One the really cool things that Jordan does is she draws the tasting notes for her wines. As one who is pretty terrible when it comes to writing tasting notes myself, I can really appreciate this unique approach. Not that my poor skills could do this method justice. Called vinpressions, Jordan artistically presents her interpretations of the wine as her palate experiences it. This really resonated with me with a certain wine in particular at the release party — more on this in a little bit.

All the latest releases were being poured at the party, along with food pairings:

2012 Creativity [changes annually, this time Syrah with a little Roussanne]

It was really hard to pick a favorite this afternoon. All the wines were delicious and at different points in the afternoon I would have a different favorite. The Tempranillo was an early leader – that extra year of bottle age really made this into a drink-now kind of wine. As the day went by, this wine was on top of the leader board more than once. But the Zinfandel had just outstanding fruit, and the Estate Blend and Veracity were showing nicely as well. That 2012 Creativity was just an amazing wine and I thought it was going to be my winner. But as the day wore on and perhaps a little palate fatigue had set in I found myself going back frequently to the Grenache. For me, a good Grenache has a “crunchiness” on the back palate [I told you I was bad with tasting notes] that makes it eminently slurpable. Then I went to Jordan’s drawn tasting notes and commentary. The drawing shows roundness and fruit at the front with sharpness at the end that Jordan describes as “Prickly Grenache tannins on finish add complexity + length.” Definitely more poetic than my “crunchiness” comment, but I totally got the point. My top wine of the day in a sea of winners.

Every year I reflect back on the best wines I’ve enjoyed the past year, and … END_OF_DOCUMENT_TOKEN_TO_BE_REPLACED