NEW YORK, NY (PRWEB) – This month, Domaine Drouhin Oregon, the family-owned and operated Joseph Drouhin estate based on U.S. soil, kicked off its celebration of 30 years of success in the Willamette Valley’s Dundee Hills. Now run by the family’s fourth-generation, each of the four siblings play a large role in the success of the historic brand. The eldest, Philippe Drouhin, tends to the viticulture and sustainability of the vines, Véronique Drouhin-Boss, the winemaker and guiding palate of the estate, continues to surprise and delight with exceptional Pinot Noir and Chardonnay wines, Laurent Drouhin leads the marketing initiative in the U.S. as the face of the brand, and Frédéric Drouhin oversees all operations as President. Together, they complete a perfect unity utilizing centuries-old Burgundian winemaking traditions in Oregon. 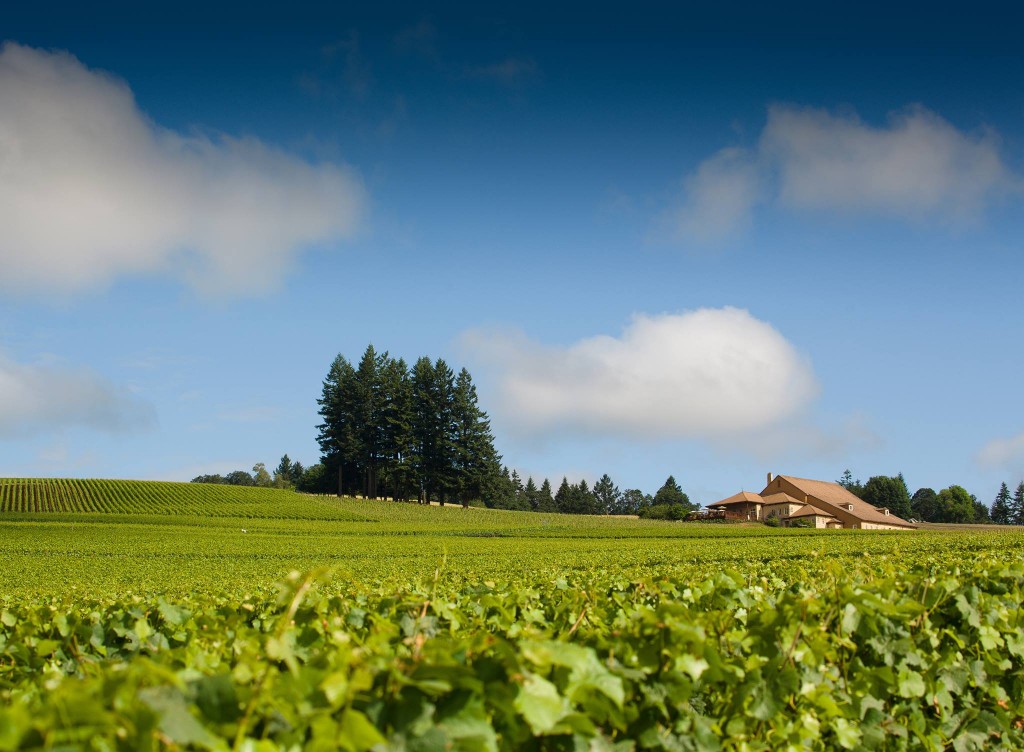 “I remember it like it was yesterday, walking with my father, Robert Drouhin, 30 years ago through the plot of land that was to become DDO,” said Véronique Drouhin-Boss during a series of kick-off events at the estate. “There was nothing there yet, of course, just trees and an incredible view. Most people probably could not see a vineyard within that land but we both just knew. It felt right. With my family, our amazing team, and the support of the community, we’ve worked tirelessly to bring the French soul to the soil of our Oregon estate and it gives me great joy to share our craft with those who have inspired and believed in our vision over the last three decades.”

Joseph Drouhin founded the Burgundy estate in 1880. His son Maurice Drouhin succeeded him in 1917, and his son – and current patriarch of the family – Robert Drouhin, became the third generation to run the business in 1957. It was Robert who first “discovered” Oregon on a visit in 1961. He recognized that it was Oregon (more so than California) that had the soil, latitude, and climate that could unlock the complexities and potential of Pinot and Chardonnay in the US. In 1987, Robert purchased property, and the newly christened Domaine Drouhin Oregon produced its first vintage in 1988 from purchased grapes. The following year they built the landmark, four-story gravity flow winery, producing the first ever vintage on the property in 1989.

“There is a big difference between ‘family-owned’ and ‘family-owned and operated.’ We live in Beaune, we live in Oregon, and we are in the vineyard and at the winery tasting every day. It is our family name on the label so we must be in control of every detail to ensure the wine can bear our name,” added Frédéric Drouhin.

During a series of kick off events, the family opened their estate and cellars with guided vineyard hikes, special tastings of vintages from DDO, Roserock – the latest of the Drouhin family’s adventure located in Oregon’s Eola-Amity Hills – and Maison Joseph Drouhin. Each night ended with various themed dinners, such as a La Paulée-style “Le BBQ” which featured a blue grass band and multiple large-format free pours. The series also included an extraordinarily special tasting of some of the estate’s very first vintages including a 1989 Domaine Drouhin Oregon Pinot Noir Classique (the very first vintage produced at the estate, of which there are only 24 bottles left). Guests also tasted through various vintages – including the first ever vintage – of Chardonnay Arthur (2015, 2012, 2002), Pinot Noir Laurène (2000, 1996, 1992), and Pinot Noir Louise (2007, 2003, 1999) – the three cuvées named for each of Véronique’s three children. Both her son Arthur and daughter Laurène took part in the celebration, adding another dynamic to the intimate affair – commenting wistfully on the wines, how they’ve aged well with time, and how the family has, as well. “When I taste the first vintages of the Arthur, Laurène, and Louise, I am profoundly reminded of the day each of them came into this world,” added Véronique. It was an incredibly moving evening for guests and the family alike.

Events were attended by friends of the family, members of the wine club, the media, importers, distributors, and neighboring estates such as: Eyrie Vineyards, Adelsheim, Ponzi, Casteel and Sokol Blosser families. Forever grateful for the continued community support, the four siblings and their children also performed the “ban bourguignon,” a tradition specific to Burgundy sung in celebratory honor, in this case directed in honor of their father, grandfather, great grandfather, and their esteemed guests.

Philippe Drouhin also led a number of informative vineyard tours throughout the DDO and their new Roserock estates. “After 30 years of observation of our vineyards in Oregon, every year I realize that the level of knowledge of the viticulture in Burgundy is sometimes useful in Oregon. We will spend the next 30 years really getting to know the vines – this estate is young and we are still learning,” he explained.

Robert Drouhin’s vision of an Oregon estate winery that could rival the great vineyards of Burgundy has been realized at DDO. From what began as test plantings of cloned Pinot Noir rootstock now encompasses 52ha (130 acres) planted in the Dundee Hills and 50ha (124 acres) planted in the Eola-Amity Hills. Interspersed with the Pinot Noir vines are 11 acres of Chardonnay, planted at various elevations and, like in Burgundy, planted right alongside rows of Pinot Noir. The densely planted vines are farmed sustainably on L.I.V.E. certified vineyards, and tended to by hand when leaves and fruit are thinned. Harvesting is also done entirely by hand, from the grape selection and picking to press.

“Our father made a very ambitious decision in 1987 to expand our business to Oregon,” said Laurent. “As we honor him and our family legacy, I am reminded of what a big moment this is for our family, and in our overall pursuit of perfection in Joseph Drouhin wines. Every year is a milestone. But the 30th is important because it shows that this is not just a short-term adventure, but that it is one more stone in the Drouhin brand.”

For more information about the estate, visit: http://www.domainedrouhin.com.

Maison Joseph Drouhin owns 77.7 hectares (192 acres) of vineyards in Burgundy. The vineyards are principally Grand and Premier Cru appellations of the Côte d’Or and Chablis. The family-owned and –run firm was founded in 1880 and produces nearly 90 different appellations, all of them from Burgundy. Since 1987, the family also owns 219 acres in Dundee Hills, known as Domaine Drouhin Oregon, and 229 acres in Eola-Amity Hills, known as Roserock since December 2013.