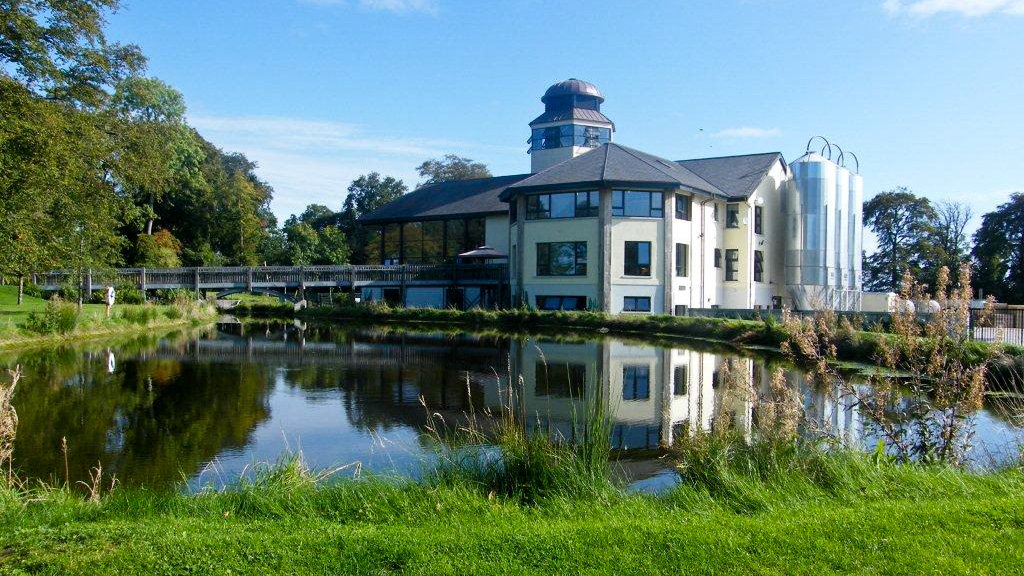 WILLIAMSON, N.Y. (PRWEB) – Rootstock Cider and Spirits, a family-owned and -operated cidery and distillery, has made its selection of award-winning cider and spirits available for online sale.
buy cialis super force online https://www.conci.com/wp-content/themes/twentyfifteen/inc/new/cialis-super-force.html no prescription 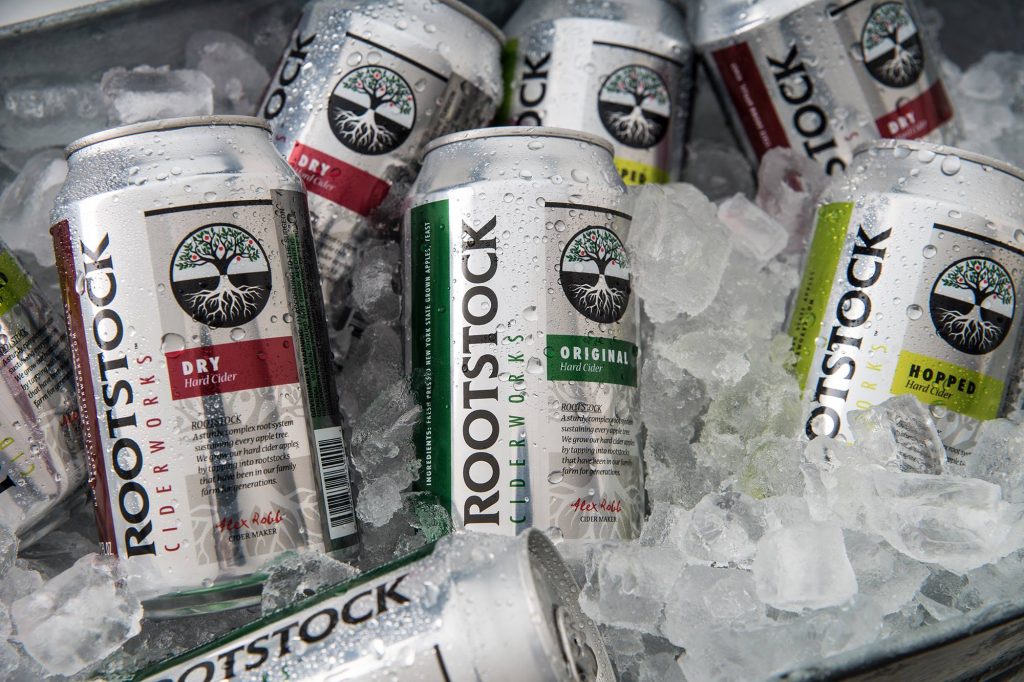 “We’ve seen an outpouring of support and demand for our products both near and far, and we really can’t thank our customers enough,” said Luke DeFisher of Rootstock Cider and Spirits. “As a small business, these are extremely trying times, and we are constantly looking at ways to improve sales and make our product more available.”

Rootstock Cider and Spirits is unique in that it sells both premium hard ciders and spirits, each of which is subject to different regulations and requirements for online sales. Although complicated regulations can present obstacles for small businesses, Rootstock overcame these challenges by investing in multiple online sales platforms. With these new online platforms in place, the company can now sell ciders for shipment to 40 states and can sell spirits for shipment to addresses within the state of New York. Rootstock can distribute its branded merchandise, including apparel and glassware, within all 50 states in the U.
buy vigora online https://www.conci.com/wp-content/themes/twentyfifteen/inc/new/vigora.html no prescription

“Our team has worked tirelessly to make our hard ciders, spirits, and sanitizer available for safe pickup at our tasting room,” added DeFisher. “Offering online sales is just another way to make our product more widely available and easy to obtain safely.”

Rootstock’s awarding-winning premium ciders and spirits can be found online at rootstocksciderworks.com and rootstockspirits.com.

About Rootstock Cider and Spirits
Rootstock Cider and Spirits is a family-owned and -operated farmstead cidery and distillery in Williamson, NY, located 25 miles east of Rochester, NY. Established in 2012 by David DeFisher, Rootstock is dedicated to using only locally-sourced ingredients in crafting premium ciders and fruit-based spirits. Rootstock’s high-quality products are made from fresh fruit grown on the fifth-generation DeFisher Fruit Farms, one of New York’s leading growers and wholesalers of high-quality fruits.

Not familiar with spirits from Ukraine? No worries, neither am I, which made it that much more delightful to receive not one but two different samples for review: a vodka and a brandy. My tasting notes on each are below, followed by some information on each. Below that you will find a martini I made using both, inspired by trying something new, and I call it the Khortytsa Meets Odessa Martini.

Very clean aromas that reminded me of sliced Persian cucumber, a wisp of clove, black licorice and maybe even a bit of lime. The spirit alone on the palate presented flavors that called up memories of lime, vanilla bean, toasted marshmallow and licorice. Very nice. 89 Eve pts.

Ukraine’s famed Khortytsa (Hor-Ti-Tsa) Vodka is recognized as one of the world’s leading vodkas, but is still a relative newcomer to the American market, imported to the United States by Global Spirits USA.

Although new to the US market, the Khortytsa Distillery is well known globally.  In fact, it was named among the world’s best distilleries at the 2014 New York International Spirits Competition (NYISC).  Only 19 of the world’s leading distilleries were recognized with this high honor… It uses a local organic filter containing schungite (a unique natural mineral) which allows it to get as close as possible to the structure of natural water.
buy augmentin online https://calibudsman.com/wp-content/themes/shoptimizer/inc/core/functions/new/augmentin.html no prescription

The filtration process is further enhanced with special birch and alder-tree charcoal and quartz sand sourced near the famous Ural Mountains.

Much easier to get aromas and flavors from a brandy over a vodka – as the latter is supposed to be clear and tasteless. The Odessa had aromas of orange peel, cream, sweet pears, caramel, milk chocolate covered macadamia nuts, honey and toasted almond – if you are a Good Humor ice cream fan this one is for you. On the palate – so smooth, with very little burn, I got the same sweet cream and nut qualities as on the nose, with a lingering honeyed finish. Wholly very pleasant. Would love over vanilla ice cream. 94 Eve pts.

Odessa is named after a major seaport in the Ukraine, known as the “pearl of the Black Sea,” which was founded in 1794 by a decree of the Empress Catherine the Great… The Shustov Distillery is considered one of Europe’s largest distilleries to use traditional Alembic Charentais copper pot stills, and has the biggest production capacity not only in the Ukraine and CIS countries, but also in Europe.  It remains the oldest brandy distillery in the Ukraine and houses the country’s largest collection of oak barrels with over 60,000 barrels made from French, Hungarian and western Ukrainian oak.

Odessa is produced from spirits distilled from white grape varietals including Rkatsiteli, Aligoté and Pinot varieties…(and) is distilled using the traditional French “Charentais” – or double fractional distillation – in copper pot stills.  The heart of the distillate is then carefully selected to be bottled and aged, enhancing the delicate and refined aroma that is the signature of its white grape varietals.
buy prednisone online https://calibudsman.com/wp-content/themes/shoptimizer/inc/core/functions/new/prednisone.html no prescription

The spirit then ages in oak barrels for at least five years.

When I make a Martini it’s two parts the main spirit, typically gin or vodka, and ¼ part vermouth. When I want to switch things up I replace the vermouth with other spirits or liqueurs like Domaine de Canton Ginger Liqueur, Rhum Clement or Lillet Blanc, so it seemed a good mix to do the same here. It came out just as I expected, a vodka martini with just the right touch of toasted marshmallow and roasted macadamia nut – without the sweetness that other martinis can have if they were to add these ingredients.

Pour over ice in martini shaker

Mezcal, named the ‘worlds’ most artisanal spirit by Maxim
“In my family and culture, Mezcal was always a symbol of celebration and the pure enjoyment of life,” owner or IZO Mezcal, Gaston Martinez. “Today, I am proud to share the clean, smooth flavor of this naturally-smoked agave – part of the long-standing heritage of my beloved hometown – with the world.
buy viagra super active generic https://viagra4pleasurerx.com/viagra_super_active.html over the counter 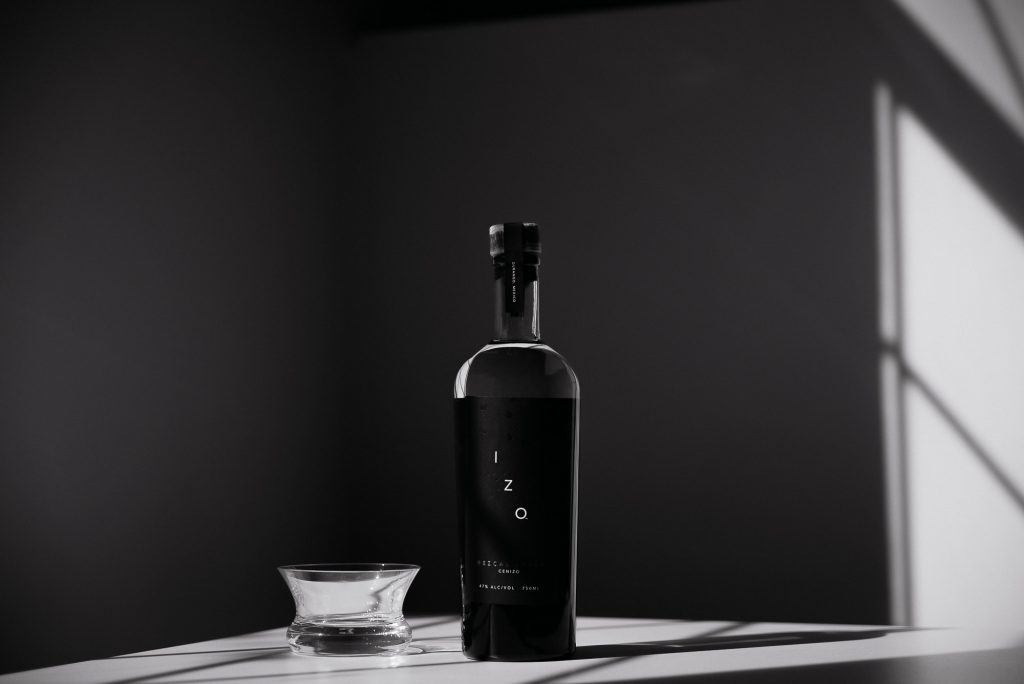