Scrolling through Instagram and what do I see? A little teaser from Wine of the Month for an easy peasy recipe for Frose. I had all of the ingredients at home so I whipped up my own batch.

It’s not what I usually drink but I do believe that it’s one of the most refreshing ways to enjoy wine during a hot summer. 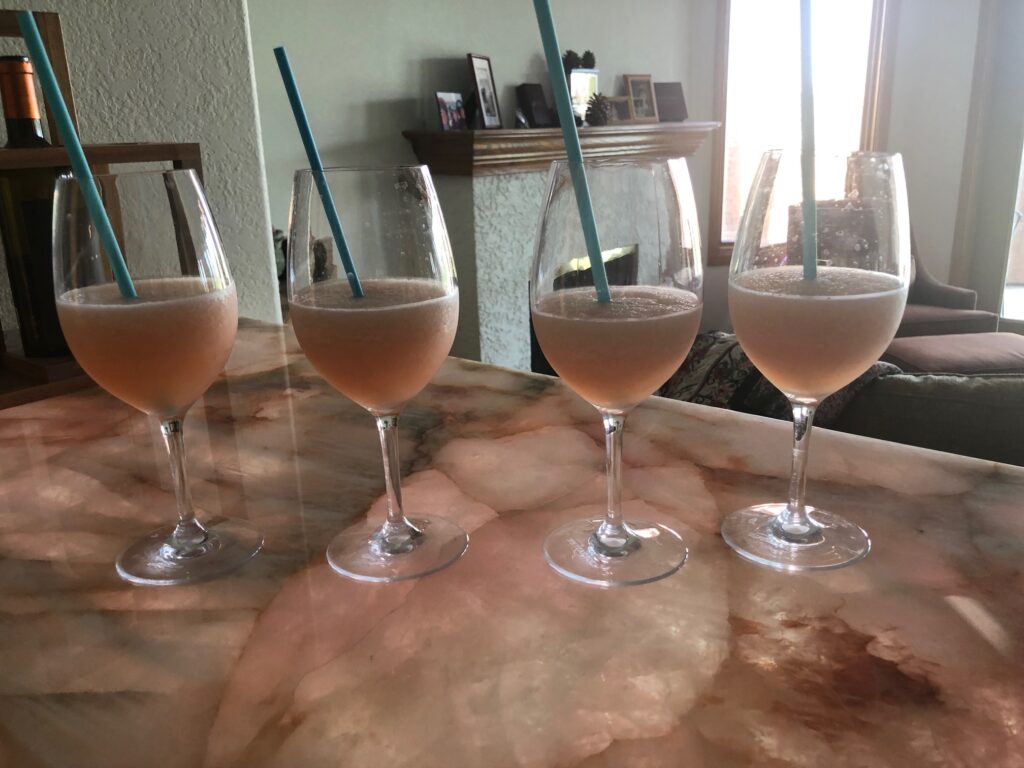 Now, of course, the wine club offers an inexpensive Rose wine perfect for it too. Check it all out via this link. Also asked if I could re-post the article in full here for Eve Wine 101ers and Paul Kalemkiarian, president of the long-running club, immediately replied yes!

Wine of the Month Club Frose

Wine is for sipping, but slushies are for slurping. And that’s just what you’ll get if you freeze rosé wine – frosé – a frosty pink wine slushie that practically exudes summer vibes. We guarantee this recipe will have you saying, “Frosé all day” all summer long.
The McFaddens crafted this dry rosé from 100% Pinot Noir. It packs all the flavor and complexity that the grape can muster in a bottle. From the rose petals, cherry and cotton candy to the slight peach in the finish, it delivers on all levels and is ready to crush a fresh albacore steak with lemon zest and thyme.
Ingredients:
Directions:
https://www.wineofthemonthclub.com/category/froze-rose-recipe

WASHINGTON (PRWEB) – Sippd has partnered with Skyy John of Tipsy Bartender, the most followed bartender in the world with 38 million followers across socials, to release “Wine Cocktails with @tipsybartender,” an in-app collaboration featuring wine-based cocktail recipes. 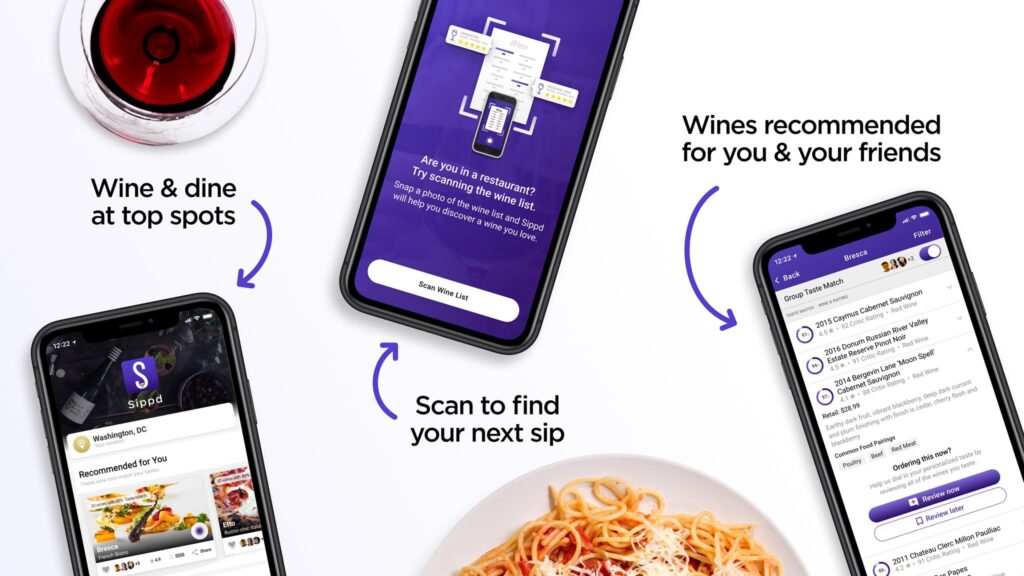 Live on the Sippd app for one month, users can learn how to make five of Tipsy Bartender’s most popular wine-based cocktails and shop the best wines for the recipe and their palate. Featuring the following cocktail and wine-infused treats, Sippd’s AI-powered Taste Match technology curates a personalized list of the best bottles under $25 for each recipe:

All Tipsy Bartender recipes featured on the Home page of the Sippd app link to the step-by-step written instructions and a short video of how to make each 5-ingredient-or-less cocktail, allowing for a quick, convenient, and fun summertime activity at home. Besides seeing their individualized 1% to 100% Taste Match score for each bottle – signifying how closely the wine aligns to a user’s palate – users will also see tasting notes, food pairings, community reviews and more, to help them select the best wine for the cocktail and the occasion.

“As the world is starting to regain a sense of normalcy, consumers are looking for ways to enjoy wine with friends and family. And they want convenience, versatility, value, and fresh product discovery when searching for it,” says CEO and Co-Founder of Sippd, Blake Hershey. “Tipsy Bartender is known for creating exquisite, out-of-the-box drinks and now Sippd is making it easy to recreate his wine-based cocktails with the top Taste Match wines you’re sure to love.”

Along with the addition of the “Wine Cocktails with @tipsybartender” collection, Sippd has also updated its seasonal wine list, “I Just Love the Seasons: Summer Edition” collection. Aimed toward further simplifying consumer’s wine purchasing decisions by serving up relevant and trendy wine options, the collection features themes like “European Summer” to explore bottles from the top 5 most-traveled European countries, “The Perfect Cookout” to browse bottles to pair with grilled foods, and “Summer Evening Reds” to shop wines light, dry reds that go down well once chilled.

To shop both summer collections, consumers can download the Sippd app, available for free on the Apple and Google Play stores, and scroll down on the Home page. For more information, please contact Alicia Ortiz, Communications Manager, at alicia@sippd.com. For retailers that would like to learn more about featuring your products on Sippd, please email our team at partnerships@sippd.com.

About Sippd
Sippd empowers people to focus on enjoying their wine, not ordering it. Combining artificial intelligence and wine, Sippd helps wine lovers find and order wines that match their tastes. With our Taste Match capabilities, we’re able to provide you with personalized wine recommendations that continually evolves with your preferences, so you can effortlessly order the perfect bottle every time. Stop wasting your money on bottles you don’t like and instead, simplify and transform your online wine experience with Sippd, the AI-powered personal sommelier that knows your palate. Sippd’s free mobile app is available for download on the Apple and Google Play store. For more information, visit sippd.com.

Enjoyed a virtual tasting and happy hour via Zoom recently with the founder of Empress 1908 Gin, Peter Hunt, complete with a bottle of their gin, fancy bar tools, unique recipe cards and a list of ingredients I would need to make “seasonal focused cocktails leading into Fall and Holidays.” Before the cocktail making part of the meeting we learned a bit from Hunt about Empress 1908. 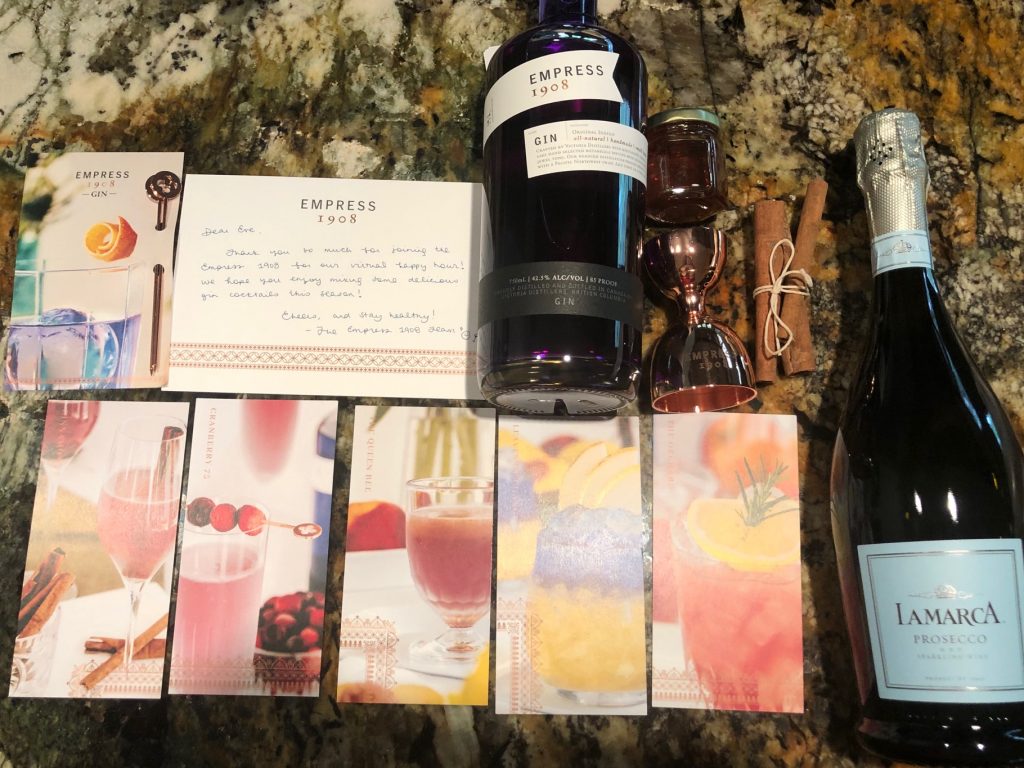 Hunt is not only the founder, but he is also the master distiller in the Victoria, British Columbia based distillery. They launched in 2008, as a small family owned company, and then launched Empress 1908 in 2017.

In 2016 they had reached out to the Empress Hotel and drew ideas for their 1908 gin from the teas the hotel serves during their popular, and often sold out, afternoon tea. The 1908 number refers to the year the hotel first opened. (We visited the hotel last year where I had to try the gin myself. Here is the link to my social media post and photos.)

Hunt commented, “…We started with just a small wood-burning copper pot still. (Their stills are all made in Victoria.) My previous decade of bartending, and bar managing, a master’s degree in molecular biology, and work at the BC Cancer Agency’s Genome Sciences Centre, have brought art and science together to provide an ideal foundation for making fine spirits.”

Besides the same black tea used at the Empress Hotel, and the butterfly pea blossom mentioned below in the About section, Empress 1908 also incorporates other dried botanicals such as juniper, grapefruit peel, coriander seed, cinnamon bark, rose petal and ginger root. These botanicals account for a remarkable nose and flavor to the gin.

NYC based brand ambassador, Tracey Eden, led the cocktail making part of the tasting. I, of course, made the drinks in advance as I couldn’t even imagine trying to do it while also wanting to take notes. (I made them in one-half the suggested measurement, and though I did taste “on air” I reserved the remainder of drinks to have before dinner. So no, I don’t actually “drink in the daytime” during all of these Zoom presentations. We taste.)

Hunt said there were at least 25 downloadable cocktail recipe cards on the website. Also interesting: the color of the gin changes from Indigo blue to purple/pink when tonic is added to it in a classic gin and tonic – their signature cocktail – and Hunt prefers Fevertree Elderflower for that drink. Looks like I’ll be spending a wee bit more time trying my hand at more Empress gin based cocktails!
buy cialis super active online https://lasernailtherapy.com/wp-content/plugins/world-security/cialis-super-active.html no prescription

About: Empress 1908 Gin is a remarkable spirit that could have only been created in the city of Victoria, on beautiful Vancouver Island, where rugged mountains meet the beautiful Pacific Coast. It is a place where tradition is honored, nature is revered, and artistic expression drives innovation. Perched on the edge of the continent, Empress 1908 is inspired and guided by the natural world. They embrace the wild, and respect both the saltwater that surrounds them and the pristine fresh water used in their gin. Empress 1908’s commitment to nature extends beyond the product to include sustainable production practices, including a geothermal cooling system used in their distillery. Empress 1908 is proud to be paving the way in sustainable spirits.

Empress 1908 Gin is now available for purchase in select liquor stores across Canada and (about 40 states in) the USA, and can be purchased online and shipped across North America.

Jazz up the always-popular martini cocktail with Freixenet Cordon Negro Brut. The bright flavors are enhanced by the dancing bubbles, making this one of the most festive drinks around.
buy amoxil online https://pavg.net/wp-content/themes/twentynineteen/fonts/new/amoxil.html no prescription

Get ready to sparkle from the very first sip!

Pour rosé into an ice cube tray and place in freezer until frozen. In a blender, combine Sparkling Ice Cherry Limeade, rosé cubes and lemon juice. Garnish with a mint sprig and serve.

8 tsps of hibiscus syrup used to pack the flowers

Place a whole hibiscus flower in the bottom of glass. Fill glass with Santa Margherita Prosecco Superiore DOCG to ¾” of the rim. Carefully spoon 2 tsps of the hibiscus syrup down the interior side of each glass. 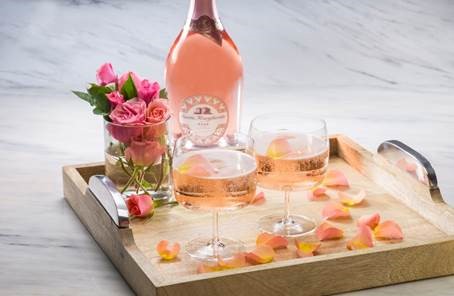 DIRECTIONS
Fill champagne flutes with champagne and Sparkling Ice Cherry Limeade. Place a small 2″ piece of cotton candy on top of glass as a garnish. Push the cotton candy into the glass for a fun disappearing effect.

Combine the ingredients in a glass pitcher and let sit, refrigerated, for at least 4 hours – or preferable overnight, before serving. Serve the vodka mixed with the Berry Water either shaken and strained or just combined over ice.

Place the grapefruit juice, vodka and 1 ounce rosemary simple syrup in a cocktail shaker with ice. Shake well to mix. Serve on the rocks, garnished with a grapefruit slide.

Ingredients (and as seen below) 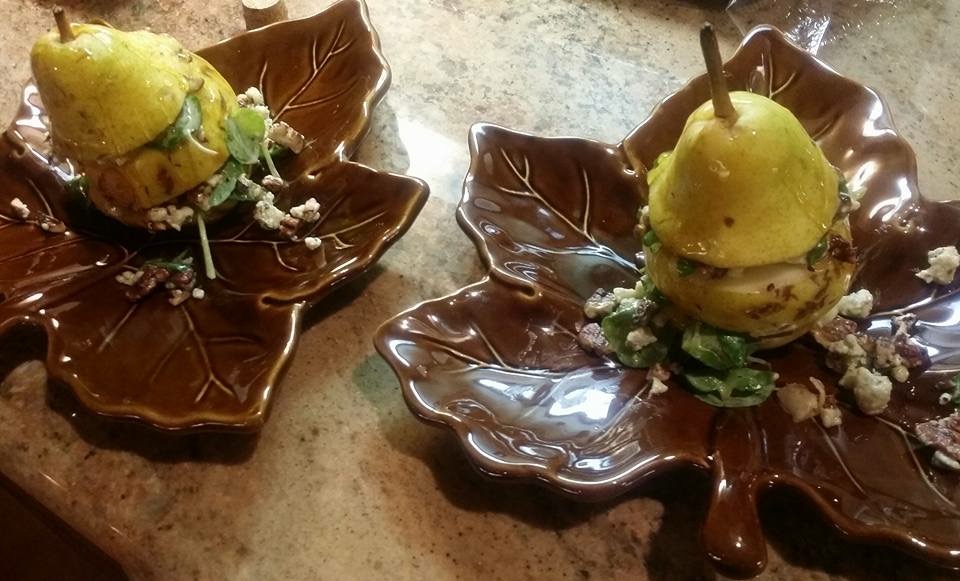 One pear per person

And your preference/taste on the amount of:

Here’s an interesting food and wine pairing suggested by old friend, customer, and enofile, Donna Brennan Rice, of Rochester, New York. She wrote to tell me her family had enjoyed our 2012 Antelope Valley Zinfandel  paired with Pasta e Fagiola. She shared her recipe and I’ve attached it here. Donna says,

“Yepper-one of my fave meals, and-(most importantly)-simple! (However, this is “thicker”~kind of like a casserole~ than the usual pasta fagiola *soup*).  It’s always better the 2nd day. It became a standby for our daughter, who became a vegetarian in 4th grade. So much for that “passing phase” some people claimed she’d outgrow!” (She now has children of her own.)

The recipe does look tasty and simple. Being an obligate carnivore and spicy food fan myself, though, I’d probably cook in some crumbled hot Italian sausage. Just me; what can I say.

If any of you try this, let us know.
buy suhagra online https://www.lifefoodstorage.store/wp-content/themes/astra/languages/en/suhagra.html no prescription

And if you have any favorite pairings or recipes to share, please pass them along.

And don’t forget:  this points out again that on the Coruce Vineyards and Winery Facebook page our wines are available in 38 states including –Recently!– Pennsylvania. This will soon be true on our newly under-construction website as well.

It’s perfect for those friends that say they usually don’t like to drink wine. Nice and friendly on the palate. Great with appetizers. 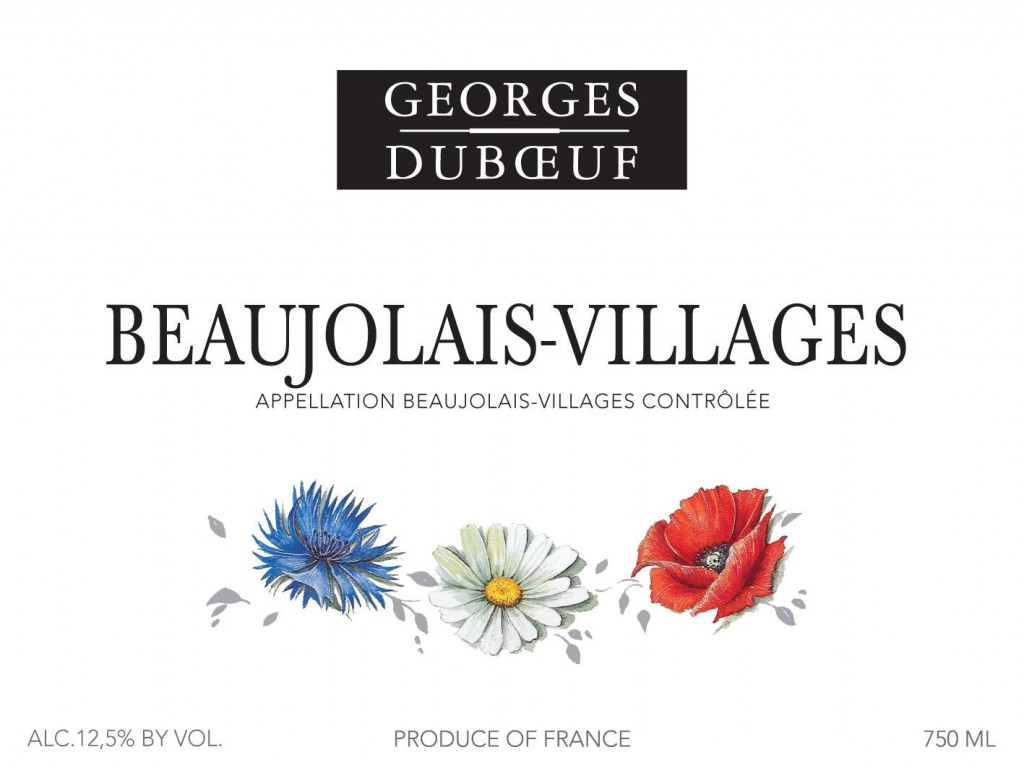 2. Juice apples and pour juice on top of sliced apples. Add water, apple cider vinegar and spices. Stir all ingredients together,
cover pot and let it cook for 15 hours on low.

3. The liquid will reduce and the apples will be very soft, darker in color, and smell lovely. Turn the crock pot off and let the
apples cool down a bit (about 30 minutes), then transfer the mixture into a blender, and blend until completely smooth.

Use freezer-safe canning jars, put the lid on, let them cool. 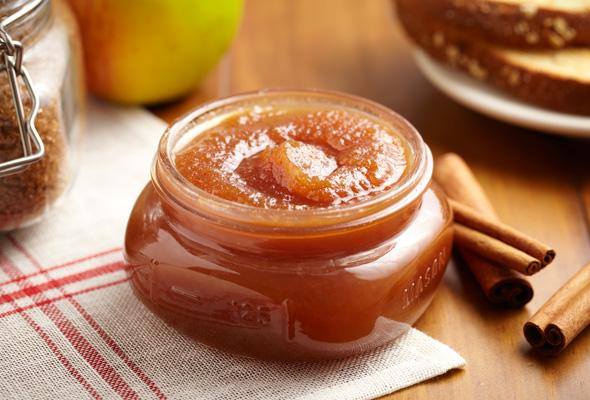