JOHNSON CITY, Texas – Carter Creek Winery, located in the heart of Texas Hill Country and owned by the Carter Family, accepted 12 awards at one of the largest wine competitions in Texas – the 5th Annual Texas International Wine Competition (TXIWC). The mission of this yearly competition is to highlight Texas as a prominent viticulture and wine-making region while also raising funds for charitable donations for local community organizations.

Entries from six countries and over 11 U.S. states were blind tasted and judged by panels of three or more industry qualified judges – master sommeliers, masters of wine, certified wine educators, enologists, wine writers, professors, beverage directors, buyers and other influencers – all chosen for their vast experience and well-trained palates.

“We are most pleased that 12 of our Texas High Plains wines from Carter Creek Family Winery won distinguished recognition at TXIWC and especially proud our Plateau Red was awarded Best of Class Texas Red,” said Jeff Carter, president of Carter Hospitality, operating company of Carter Creek Winery Resort & Spa. “We too, like the organizers of this competition, are passionate about bringing recognition to Texas viticulture and supporting local community causes,” Carter added.

Veteran master winemaker Jon McPherson, who oversees production of Carter Creek’s award-winning wines, points out the winery’s vineyards in Texas Hill Country produce varietals that are especially unique because of the combination of an extremely warm growing season and an early harvest delivering softer, earth driven wines. McPherson likes to talk about the qualities of Best of Class Texas Red winner, Plateau Red, which is a blend of tempranillo, grenache, touriga nacional and tinta cao, showing a very exotic fruit aroma of spiced black cherries and raspberries. He says that Plateau Red is a rich, full-bodied wine due to 18 months of barrel aging and pleases the palate with bold lingering fruit flavors.

NEW YORK (PRWEB) – Terroir-driven whisky producer, Waterford Whisky announced that it has partnered with Amazon Prime TV Series The Three Drinkers on their new series ‘The Three Drinkers in Ireland’, which will be airing globally on February 1, 2022. The Three Drinkers are drinks experts, writers and broadcasters Helena Nicklin and Aidy Smith, joined by a diverse revolving roster of ‘third drinker’ guests. The duo were joined by third drinker guests Beth Brickenden (episodes 1-3) and Eulanda Osagiede (episodes 4-6) on their latest adventure. This will be the second Three Drinkers TV series for Smith and Nicklin who also produce the popular ‘Bring a Bottle’ podcast, run the drink, travel and lifestyle-focused online magazine thethreedrinkers.com and have a growing social media/influencer presence. 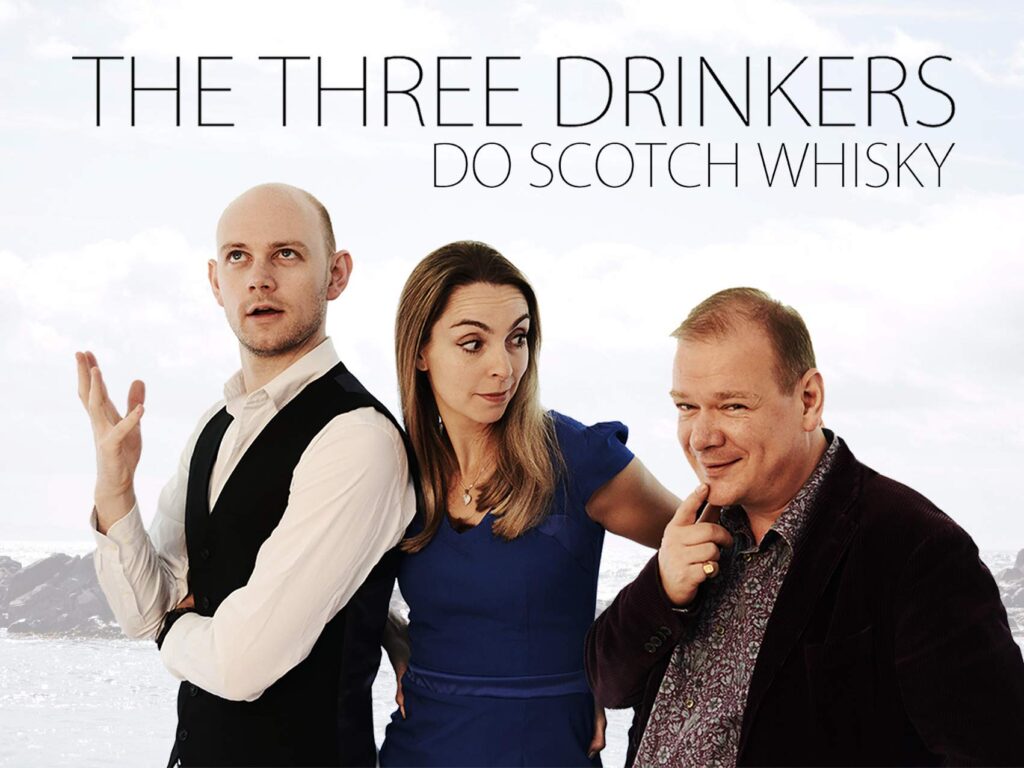 Influenced by the world’s greatest winemakers, Waterford Whisky has sourced barley from nearly 100 individual farms, some of them organic and biodynamic. Their founder, Mark Reynier, was raised in the wine industry and ran one of premier London’s wine and spirits shops. In 2000, he resurrected the defunct Bruichladdich distillery in Islay, Scotland, and later sold it. Tapping into Mark’s background, Waterford Whisky carefully monitors each farm’s harvest and malts, mashes, ferments and distills the grains separately to bring out the character of each site.

Waterford Whisky, the largest producer of organic malt whisky in the world, has also recently released a few new exciting whiskys. First, The Cuvée, which is a Bordeaux inspired single malt that shakes up traditional whisky blending. 25 totally unique Waterford Single Farm Origin Whiskies, drawn from distinct terroirs of Southern Ireland, have been married together to create the ultimate layered, profound and compelling tasting experience. The second is Biodynamic: Luna, the world’s first whisky made from Biodynamic Irish barley. As part of its pioneering quest to unearth whisky’s most natural flavors, Waterford Distillery has introduced the radical biodynamic farming philosophy, as lauded by many of the world’s legendary winemakers, to the conservative whisky industry.

Smith said, “Being both wine and spirits experts, Helena and I were delighted to intertwine the two worlds during our visit to Waterford Distillery. To see first-hand how terroir has such an impact on the liquid inside the bottle really showcases the innovation of today’s Irish whisky industry. We can’t wait to share this discovery with our audience.”

In addition to Waterford Whisky, The Three Drinkers in Ireland will explore all sorts of drinks beyond delicious whisky, from gin and poitin to cider and Irish cream. They’ll also take a deeper dive into Ireland’s incredible food scene and will showcase some traditional activities such as bog snorkelling, cheesemaking, eel fishing and Irish dancing. The result is an escapist, gastronomic journey with a drinks hook through the picturesque island of Ireland that’s light-hearted and aspirational with plenty of take-home tips. It’s the perfect pour of armchair travel and feel-good entertainment.

Nicklin says, “We’ve loved bringing everything together here, from the food and drink, to the people, places, culture and tourism of the whole of the island of Ireland. We’ve been blown away by the sheer quality of Irish produce too. It’s world class! Ireland is also the perfect country to visit as the world opens up again, thanks to its wide open spaces and easy accessibility – and it’s a great location for lovers of fantastic food and drink to boot.”

About Waterford Whisky:
Waterford Whisky is on a quest to unearth whisky’s most natural flavors. Unashamedly influenced by the world’s greatest winemakers, Waterford brings the same intellectual drive, methodology and rigor to unearth the nuances that make Waterford Whisky the most profound single malt ever created. Across southern Ireland, warmed by the Gulf Stream, temperate, moist air crosses fertile soils to produce a verdant landscape and the world’s finest barley. Since barley is the source of malt whisky’s complex flavors, it makes abundant sense to focus on where and how the barley is cultivated. Those flavors are shaped by place, by the soils that nourish its roots, by the microclimate in which it ripens. By terroir. Waterford is a whisky of the world, born of Irish barley. For more information, please visit https://waterfordwhisky.com/

About The Three Drinkers in Ireland:
The Three Drinkers in Ireland is a feel good, infotainment-style travelogue with a drinks hook that showcases the beauty of Irish gastro-tourism in all its glory. Road trip in style with just the right amount of knowledge thrown in, this armchair travel series follows Aidy, Helena (renowned drinks and lifestyle communicators) and their ‘third drinker’ guests on the ultimate, lifestyle journey through the unique and diverse landscapes of the Emerald Isle.

Along the way, they’ll scope out famous local landmarks and characterful locals before heading off to key stops on their tour of distilleries, orchards, country pubs and more via numerous points of interest, delicious food and unmissable scenery. Packed full of personality and flavor and using a blend of epic drone videography, natural, amusing in-car conversation and sweeping landscape shots, this is Ireland for a new, global audience.

NEW YORK (PRWEB) – Espanita Tequila Company is pleased to announce that Espanita® Añejo Artisanal Tequila has won a prestigious “Tequila of the Year” award and received a Gold Medal from the 2021 Bartender Spirits Awards, which took place in San Francisco this May and saw more than 850 submissions from 45 countries. Espanita’s Gold Medal is the ultimate seal of approval in the global spirits on-premise industry, with a panel of judges comprised of high-profile directors and beverage directors.

Bartender Spirits Awards is a leading industry competition that recognizes that bartenders are the true influencers – their passions and tastes provide direction for the consumer, especially via their guidance with wine, beer, or spirit recommendations. “We really wanted a way to recognize those spirits that would be a great addition to any bar and that are completely on-trend in terms of packaging and price,” said Sid Patel, Founder, and CEO of Beverage Trade Network. “Whether bartenders are looking to plug a very specific gap in their existing spirits inventory, or construct an entirely new cocktail menu from scratch, what better advice could they get than from fellow bartenders?”

Medals were awarded to those spirits that met very specific judging criteria, with a goal of identifying spirits that should become additions to bar inventories. Each brand of distilled spirits was evaluated on Mixability, Balance and Versatility, Taste, Mouthfeel and Finish, Package and Price.

“We are very proud and happy for Espanita Tequila Anejo to be recognized as Tequila of the Year; this is a true testament to the skills and passion of Mexican artisans committed to handcrafting Espanita to the highest standards of quality. Espanita Tequila has been designed by keeping the needs of hospitality community in mind, starting from its complex, agave-forward taste that results in a truly versatile spirit that enhances and elevates any tequila-based cocktail, and to its luxury packaging optimized to perform well in a high-paced on-premise environment,” says Marina Wilson, president and founder of Espanita Tequila Company. “Gold Medal from the Bartender Spirits Awards and Tequila of the Year award validate our efforts to date and provide us with inspiration to continue our work of innovating the brand and experimenting with non-traditional maturation approaches to provide hospitality professionals with truly unique, outstanding spirit,” adds Wilson. 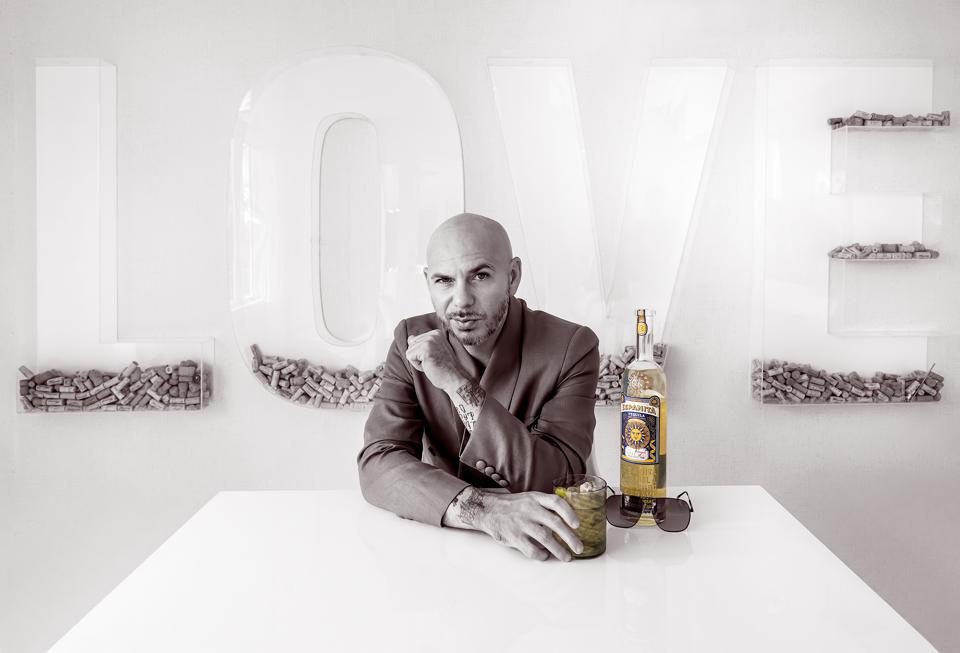 Espanita Tequila’s Global Brand Ambassador and creative advisor to the Company, Armando Christian Perez, widely known to his fans as Pitbull, has been very excited to learn about new award. “It’s great to see that Espanita Tequila has performed so well at Bartender Spirits Awards.

This is another Gold Medal in our growing achievements as a brand,” says the global superstar, whose impressive career in music history includes countless awards, dozens of international number ones, hundreds of gold and platinum certifications, single sales of over 80 million, and cumulative views in excess of 15 billion. “Goes to show hard work pays off. I am looking forward to our continuous work together in making Espanita Tequila a household name,” added Mr. Perez.

Espanita Tequila is recognized as one of the most remarkable handcrafted tequilas on the market today, with numerous medals and distinctions awarded for its uncompromised quality, creativity of packaging and exceptional value. Espanita is created by using traditional production methods developed in Mexico over hundreds of years from 100% Agave, grown at high elevations of Jalisco’s Highlands. The brand’s commitment to heritage, authenticity, and quality results in a sophisticated and velvety smooth spirit, which accentuates characteristics that are exclusive to tequila alone: the distinctive aromas and delectable flavors of traditionally slow-cooked Blue Agave.

To learn more about Espanita tequila, or for more information, visit http://www.espanita-tequila.com and the brand’s social channels: Instagram (https://www.instagram.com/espanita_tequila/) and Facebook (http://www.facebook.com/EspanitaTequila).

About the Bartender Spirits Awards

The Bartender Spirits Awards looks to identify spirits that should become additions to bar inventories. The aim of the spirits competition is to provide independent and honest reviews for brands looking to enter the U.S. on-premise industry. The organizers of the event are Beverage Trade Network, a leading online platform dedicated to connecting the global beverage industry.