In paying my annual dues to NASA there are many opportunities offered for continued education and tastings. And now that NASA President Diego Meraviglia is the US Brand Ambassador for Dom Perignon, it was just a matter of time before I could get in on the most rare opportunity! 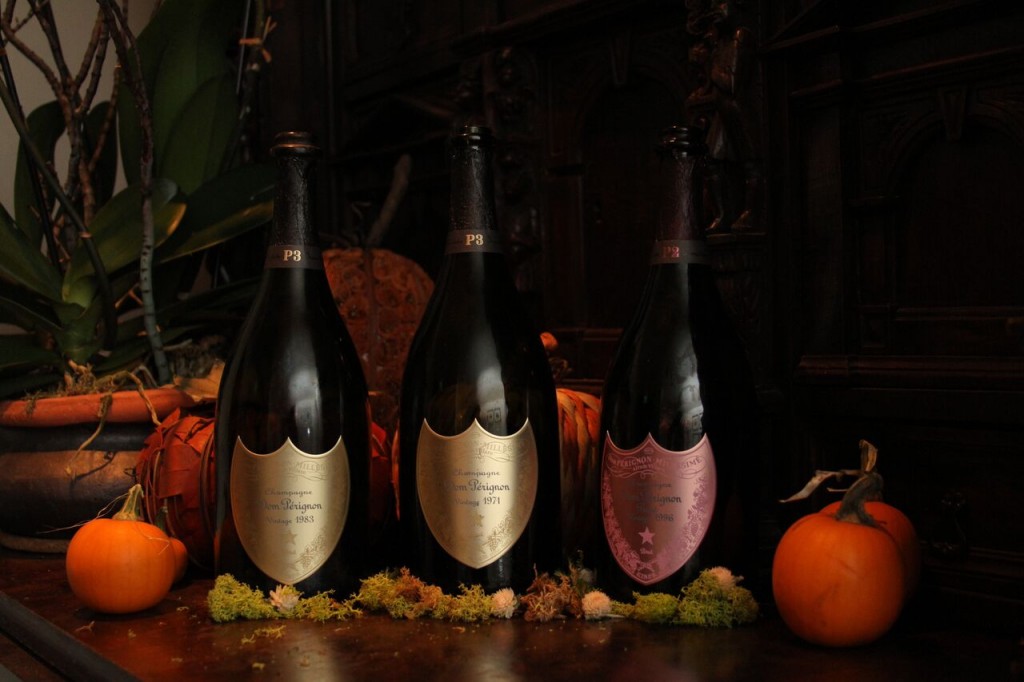 “Brothers come quickly ! I’m drinking stars !” was the exclamation uttered by father Dom Pérignon as he discovered bubbles in wine. A fluke, a coincidence of nature dictated by the extreme Northern location of the Champagne region causing stuck fermentations due to cold. He spent the rest of his life, 47 years, battling, studying, exploring, analyzing and comprehending this phenomenon.

In 1668 Dom Pierre Pérignon, a monk, is nominated curator of the abbey of Hautvillers. He was in charge of  managing the supplies of this holy place and set out to improve and renovate the vineyards and wine the abbey produced. As a Benedictine monk, he followed the rule of St.Benedict…the strive for perfection and discipline; he left nothing to chance. He set out to make “the best wine in the world” and single handedly set the base for what Champagne and any ‘classical method’ sparkling wine is today. He invented techniques, methodologies and concepts that revolutionized wine forever.

The original prestige cuvée was indeed Moët & Chandon’s ‘Dom Pérignon’, launched in 1936 with the 1921 vintage. Until then, Champagne houses produced different cuvées of varying quality, but a top-of-the-range wine produced to the highest standards (and priced accordingly) was a new idea. In the last three decades of the 20th century, most Champagne houses followed these with their own prestige cuvées, often named after notable people with a link to that producer and presented in non standard bottle shapes (following Dom Pérignon’s lead with its 18th century revival design). These are indeed…the BEST SPARKLING WINES IN THE WORLD.

MY TAKEAWAYS FROM THE LESSON:

Dom Perignon is known for being the first to: put a brand name (his own) on a label (instead of just the name of the region), creating the bottle shape, making white wine from red grapes, blending and sorting (and at Dom Perignon every berry is sorted by hand).

Dom Perignon came to the abbey in 1668, at the age of 32, and was given the job of curator. He dedicated 47 years of his life to perfecting wine.

Wine in Champagne, France first appeared between the first and fourth centuries AD, when the Romans ruled the area. After that, during the Barbarian rule, there was no wine produced until 987 AD.

Champagne is the most northern region of France. There is less sunlight and thereby less warmth in the vineyard. Every year, to this day, it is a struggle for the grapes to ripen. There is spring frost and winter hail, so the “struggle is real” in producing Champagne, and also accounts for the cost.

Belgium is a bordering country but they’re not known for producing any wine at all, they make beer.

In the early days exorcists were brought in to deal with the “demon in the cellar” that was causing the wines to explode. Now that demon name has translated to what happens when you enjoy Champagne…

Dom Perignon only uses a strict 50/50 blend of Pinot Noir and Chardonnay.

The chalky fossil-rich soil in Champagne, due to originally being under the sea, gives the wines their minerality.

Stay tuned to this column next week where I will share some of the wonderful and rare wines we tasted after our lesson!