This is one of several years we’ve covered the Union Des Grands Cru (UGC) Bordeaux tasting. This year we were trying the latest 2016 releases at the Jeremy Hotel in West Hollywood, surrounded by many old friends – from the wineries and wine pals – in attendence. I covered as much ground as I could in the two hours I had (traffic and parking were not on my side, though we were given three hours for the press and distributor portion of event) most of which can be seen in these four photo grids. 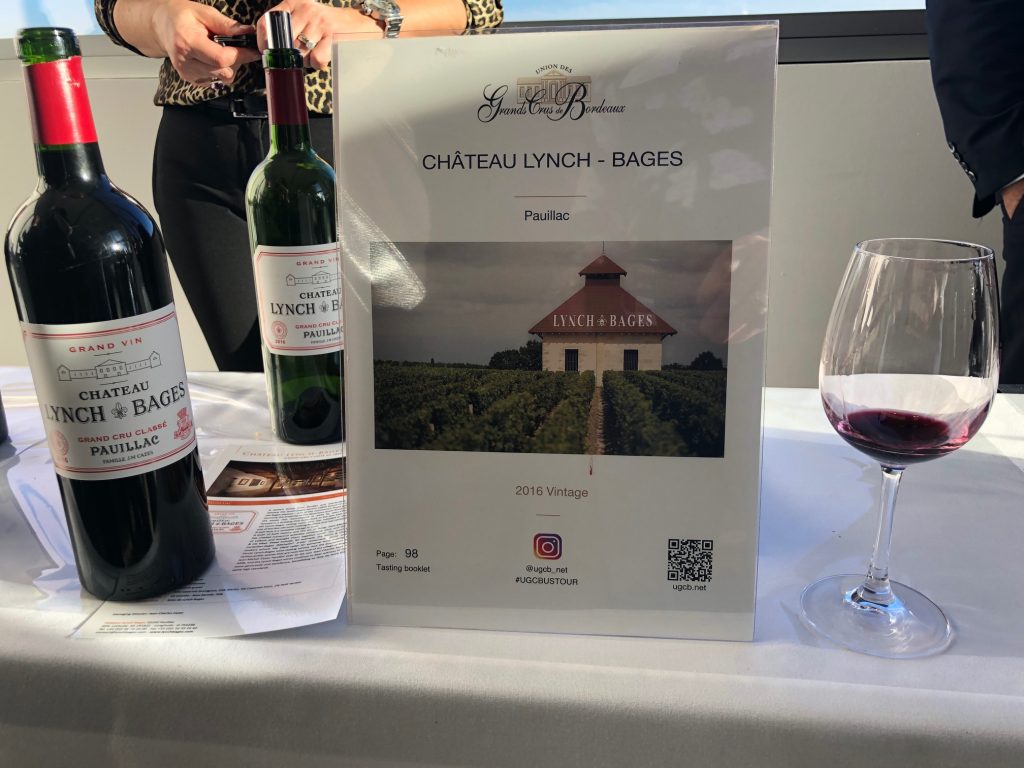 There were two rooms for the tasting, and as I mentioned we were late, the first larger room was pretty crowded so we headed to the second smaller room behind it. There we found the usual long row of tables of sauternes – our dessert for last that we would return to – as well as wines from other appellations: Pauillac, Saint – Estephe and Saint – Julien if I remember correctly. The larger room held the remaining Bordeaux appellations.

Note: When I got to the Saint – Emilion tables I was quite pleased with about 90% of the wines I tried, and many had a nice little sweetness to them. One gentleman, Julien Barth of Chateau Beau Sejour Becot, was quite earnest in how “serious” he felt the appellation was that I filmed him sharing his opinion – for about 30 seconds.

Of the pals I met up with, many were completely immersed in the tasting. There was not a consensus about this particular vintage year that I heard, and as I’ve stated in past coverage of this event, there is no way I would say all was good or all was bad – my palate, such that it is, always seeks out – and always finds – outstanding wines. If a Chateau that you normally like isn’t on my list it doesn’t mean I didn’t care for it, it could just mean that I didn’t have the time to taste everything that was available. And one last word to the winery reps and family that come to pour in this tour: we appreciate you traveling to so many of our U.S. cities to share your latest vintages year in and year out. Looking forward to seeing you all again in 2020, and enjoying these 2016s wherever I can find them.

Haven’t done a “round-up” article in a long time. That’s where I ask pals on … END_OF_DOCUMENT_TOKEN_TO_BE_REPLACED