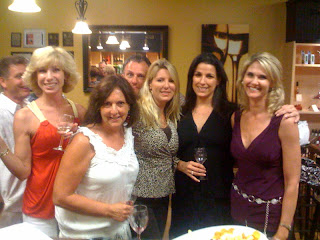 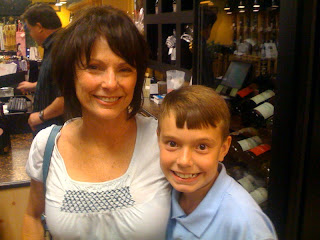 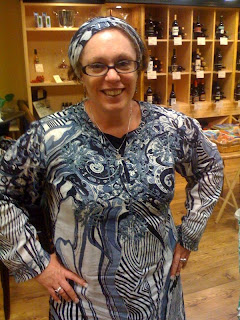 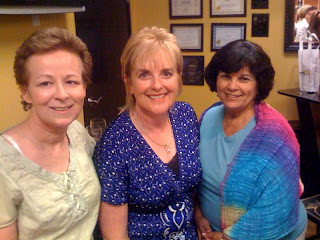 These are just some of the beautiful people that came out in force last Thursday night to support our local Betty Ferguson Foundation at a fundraiser held a Vino 100 Valencia. Feel free to “tag” them in your comments as I was way too busy having fun to write down a thing.
Wine and appetizers were abundant, as were purchases that would give 10% back to my favorite non-profit whose mission is to “Train, Develop and Empower Women and Youth to be a Vital Force in Society”.
New employee Chris Donald generously poured 2007 Fantelli Torrontes – Mendoza, Argentina, 2006 Harlow Chardonnay – Santa Barbara, Ca., 2005 Abundance Abundantly Rich Red – Lodi, Ca. and 2001 Tamayo Ca’na Syrah – Contra Costa, Ca.
Lil Lepore, one of the co-owners of Vino 100 was, as usual, at the event personally taking care of the guests. In the years I’ve known Lil, and her partner Shari Frazier, they have probably supported more local fundraisers than anyone. They deserve a special nod of recognition just for that and I raise my glass to them.

THE UNIVERSAL WHISKY EXPERIENCE PRESENTS TO YOU: The World’s Premier Luxury … END_OF_DOCUMENT_TOKEN_TO_BE_REPLACED