Entries should be ‘your favorite date night story’ and are due April 4.  Winners will be announced April 6. Judges include winery proprietor Suzanne Phifer Pavitt and Autumn Millhouse, the author of Romantic Napa Valley: An Insider’s Guide for Couples. Millhouse is an award-wining travel writer specializing in wine, food and romantic getaways, an international trekker who has wined and dined across the globe from Barcelona to Beijing and the Lifestyle Editor of Napa Valley Life Magazine and a contributor to AntiBride.com and Destination I Do Magazine.

Established in 2005, Date Night Cabernet Sauvignon has attracted rave reviews from wine critics, including a 93-point score for the 2006 vintage in The Wine Spectator, described as “well-crafted, with a complex blend of currant, boysenberry, black cherry and plum fruit framed by chewy, integrated tannins.”

The movie opens with a couple’s date night beginning in a posh restaurant, presenting a link to the wine named Date Night, founded by a couple who came up with the idea over several years of date nights. Date Night Cabernet Sauvignon is an organically farmed wine made in the Napa Valley, established by Suzanne Phifer Pavitt and Shane Pavitt in 2005 in the Napa Valley.  The Pavitts now have released the second vintage (2006) of this delicious organically grown Cabernet Sauvignon. They make only 300 cases a year; the wine sells for $75.00 and can be purchased from the winery’s website, www.datenightwines.com.  Suzanne and Shane moved to the Napa Valley in 2001 and over the course of several years of ‘date nights,’ hatched the idea of their own Napa Valley Cabernet Sauvignon.

The winery is known for its annual Pick-Up Party when customers arrive to collect their purchases and enjoy food, friends and music by local musicians, The Buckshot Boys.  Customers enjoy adding their favorite “date night” experience on the chalkboards which adorn the barn wall.

Produced and directed by Shawn Levy, the 20th Century Fox movie is the story of Claire and Phil Foster (Tina Fey and Steve Carell), a typical suburban couple whose lives – including their weekly date nights of dinner and a movie – have become routine. To reignite the marital spark, they visit a trendy Manhattan bistro where a case of mistaken identity turns their evening into the ultimate date night-gone-awry.  But as Claire and Phil take their unexpected walk on the wild side, they begin to remember what made them so special together. With a screenplay by Josh Klausner, the movie also stars Mark Wahlberg, Taraji P. Henson, Mila Kunis, Jimmi Simpson and Leighton Meester. 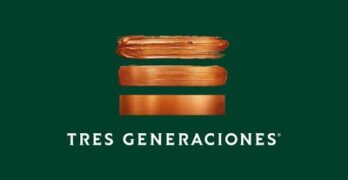