The United States Bartenders’ Guild (USBG) invited a selection of LA’s most promising bartending talent to compete in the regional finals of the “Most Imaginative Bartender” competition, sponsored by BOMBAY SAPPHIRE® gin. After a series of challenging timed sessions, surprise twists and blind tastings by a panel of esteemed judges, Karen Grill’s innovative Lily of the Valley made with agave nectar and fresh lime juice, was recognized as the most original mixology masterpiece in her hometown.  Karen’s winning creation will now advance her to the USBG Bartender Summit in Las Vegas to be held on September 8, 2013, where she will share the stage with 51 of the country’s top mixologists for a chance at the title of “USBG Nation’s Most Imaginative Bartender.” If she takes the title in Las Vegas, Karen will then secure herself a coveted spot in the 3rd Annual global finals. 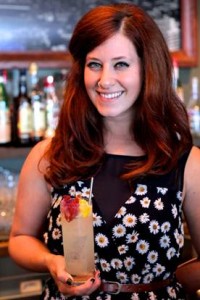 Winning Cocktail: Lily of the Valley

Shaken, poured over ice in a highball, topped with soda and a float of Rose.  Garnished with edible flowers 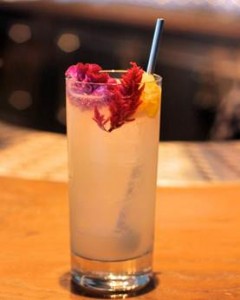 THE UNITED STATES BARTENDERS’ GUILD AWARDS (LOS ANGELES): A CHANCE AT THE TITLE OF “WORLD’S MOST IMAGINATIVE BARTENDER”
Taking Las Vegas will be no easy feat, however, as the USBG will be conducting a highly comprehensive search around the country this summer to discover the best new and imaginative creations from the next generation of mixology stars. USBG will visit various, world-renowned restaurants to dim and intimate members-only clubs to taste-test each selected city’s contending cocktails.

During the Las Vegas summit, one mixologist will be selected as the nation’s “USBG Most Imaginative Bartender,” resulting on a cover feature of the December 2013 GQ magazine “Men of The Year” issue. The winner will also be a guest bartender at the GQ Man of the Year event in Los Angeles and will attend the Global Finals in 2014. This exciting global recognition program has encouraged mixologists everywhere to push the boundaries of an already rapidly evolving cocktail culture to it greatest potential yet. This year, the top mixologist selected from the Las Vegas Summit will once again have the exclusive opportunity to represent the US during the Global Bartender Summit in 2014.

In its seventh year running, the USBG Most Imaginative Bartender search has become a pillar in the industry. With the program having increased from 240 entries and 16 cities at its inception to 1,500 bartenders and 37 cities today, BOMBAY SAPPHIRE and the USBG are thrilled to be able to continue spotlighting undiscovered talent around the world.