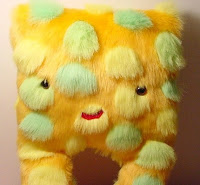 This link was sent to me by reader Allan H: http://online.wsj.com/article/SB124052234831749871.html?mod=dist_smartbrief
The Wall Street Journal, not a publication to scoff at, has run what appears to be a press release from the wine and cheese industry in France.
You are prompted to join hundreds of thousands of applicants in America to host a party for ten of your friends. At said party you are prompted, for a whopping 15% discount on French wines, to serve:
“…some of France’s less-expensive sparkling white wines, instead of Champagne. France’s Iconic blue Roquefort cheese, which is taxed at 100% when imported into the U.S, was also crossed off the list as being too expensive.”
If that isn’t enough of an incentive to become a Francophile (for them) then you are also up for receiving an eclectic gift of:
“a hamper of French-themed party gear, including a corkscrew, an apron and a CD featuring pop singer Carla Bruni, wife of French President Nicolas Sarkozy.”
Ok, not to be too “snarky” about this but I think this is purely…a joke. A Carlo Bruni CD? I never heard of her until the press starting photographing her with Sarkozy. Hot chick, great list of x-boyfriends. (I’ve since read a review that says the CD is nice, think coffee shop music.)
But does anyone need another corkscrew or apron? Puh – lease!
Now, for myself, I happen to love French wine. Most of our cellar is devoted to Bordeaux. My husband spends hours every year pouring over which futures to order. (Futures is a term for buying wine in advance of their release date, from a winery that you’ve enjoyed, to ensure a good price and availability.)
I would more than welcome the opportunity to have a French Wine and Cheese party. And it would set me back quite a bit of money. But I’m not selling anything. I recommend that you take a peak at the WSJ article, have a laugh, and then visit your favorite wine bar or store and ask your favorite wine retailer what he recommends based on what he/she knows about you.
Even a wine 101er can get a better discount than 15% if they do some savvy shopping. I mean, in this current recession, who isn’t offering some kind of deal? The same thing can go for the cheese. And it doesn’t have to stink.

Back in 2009, or maybe even a bit earlier, I had an appointment with our … END_OF_DOCUMENT_TOKEN_TO_BE_REPLACED