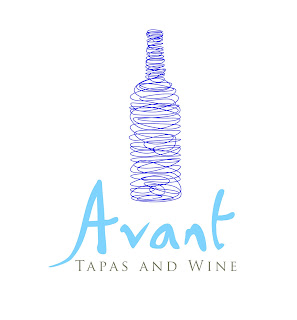 Ostini, who is also Chef and Owner of the famous Hitching Post II Restaurant in Buellton, will prepare a four course dinner of the restaurant’s signature dishes, paired with tastings of eight Hitching Post Wines, including Highliner, the deliciously balanced Pinot Noir that has brought the restaurant and winery international recognition and fame. The dinner is priced at $75 per guest, exclusive of gratuities and tax and begins at 7 p.m. at the Avant Tapas and Wine located at the Terravant Wine Company.

The winemaker dinner is part of the Santa Barbara County Vintners’ Association annual Celebration Of Harvest , October 9 – 12, 2009. Scheduled during the autumn grape harvest, the Celebration of Harvest event invites the public to join in a break from the vintners’ busiest season, where they can enjoy great vintages from member wineries and foods from Santa Barbara County restaurants and caterers.

Terravant Wine Company is a premium custom wine making facility in Buellton , California where Hitching Post Wines are currently crafted and bottled.. The 44,000 square foot wine facility provides a state-of-the-art wine production and bottling facility, laboratory services, and case storage to the Santa Barbara wine industry, and is the first of its kind in the Santa Ynez Valley. Opened in May of 2008, Terravant is tailored to meet the needs of small to large sized winemakers. The facility has the capacity to produce 300,000 cases of wine annually and is currently home to over 30 winemakers.

In 1979, Owners Gray Hartley and Frank Ostini made their first wine, a Santa Ynez Valley Merlot, created to pair with the wood-fired cuisine of Ostini’s Hitching Post steak restaurant. This early success fueled their quest for quality and led them to Pinot Noir from the Santa Maria Valley , which they made exclusively from 1981. As the hit movie Sideways featured Santa Barbara Pinot Noirs, Hitching Post Restaurant and Winery was thrust into international recognition. Hitching Post Winery now bottles ten different Pinot Noirs, along with a Merlot, Syrah and their Cabernet Franc/Merlot blend, Generation Red.
Hitching Post Wines are available throughout the United States at a select group of retailers and fine dining restaurants. The wines may be purchased at the new Avant Tapas and Wine at Terravant Wine Company, the Hitching Post II restaurant, both in Buellton , California , or on the internet (shipping to some states excluded) at www.HPwines.com. Hitching Post Wines have a large audience among wine aficionados and have been favorably reviewed in Wine Spectator, Wine Enthusiast, the New York Times and the Los Angeles Times.

Did you miss me? My blogs over the past two weeks were “Vintage Eve” articles as … END_OF_DOCUMENT_TOKEN_TO_BE_REPLACED