Awhile back I wrote about ice spheres.  I had been at a nice restaurant in old Pasadena and took advantage of their decent single malt Scotch menu.  I was surprised when my glass was taken up by one gynormous ice cube, and my $22 worth/one-ounce of Scotch.

The bartender told me that the theory behind one large cube, over using several smaller rocks, was that it would melt slower, thereby not diluting my expensive single malt.  I found a two-ball ice cube tray from MoMA (Modern Museum of Art in New York) and ordered them for holiday gift giving.  But, I hadn’t seen them in any restaurants since.  (I gotta get out of town more often.)

Anyway, I got a press release last week for a new restaurant, once again in Pasadena, called Elements Kitchen that features these next-level of ice cubes: 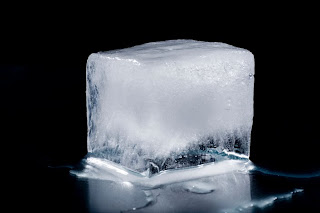 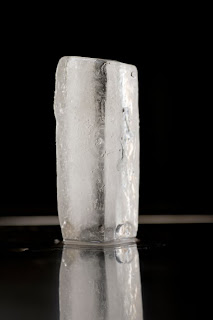 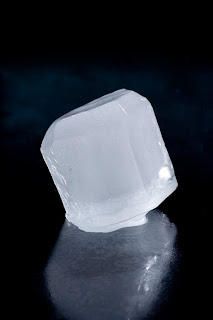 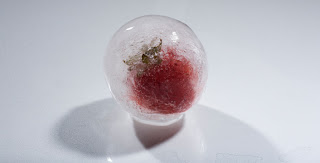 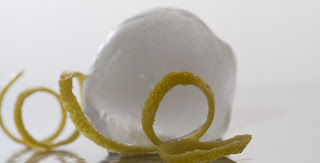 I’m still deciding is it the gadgetry that attracts me?  Like a dentist showing off the magnified pic of the decay on your mouth, we drinkers like our gadgets.  Does it really work?  I don’t know.

The one above, infused with a strawberry, may not be enough to flavor a cocktail but the Elements’ bar is giving it a shot.  And, I might just have to shoot over the hill to try it.  In all its glorious gadgetry.

Would you?
(FTC disclosure: MoMA ice spheres were purchased by me.)