As an optional aphrodisiac to the meal, Jar will add a platter of a half dozen fresh oysters on the half shell with accompaniments for a $16 supplement.

The Valentine’s Day Dinner is priced at $85 per guest and is served continuously from 5:30 p.m.  Pricing is exclusive of beverages, taxes and gratuity.

Jar’s interior space, decorated in warm and rich shades of brown and soft textures and surfaces, provides an intimate setting reminiscent of supper clubs from the Golden Days of Hollywood.

Tracht and her long-standing Chef de Cuisine Preech Narkthong have cultivated a devoted following among critics and the public since opening in 2001.  Tracht was the recipient of Food and Wine magazine’s America’s Best New Chefs 2002; Jar was named as one of Los Angeles’ top 25 restaurants by restaurant critic Patric Kuh in Los Angeles Magazine’s January 2005 issue. She was inducted into the Fine Dining Hall of Fame by Nation’s Restaurant News in May 2007.  In 2009, Suzanne was honored by the James Beard Foundation at the Women in Food Award and named 2009 Chef of the Year by Angeleno.  The Los Angeles Times magazine named Jar among the top restaurants that forged Southern California’s global reputation in August 2011. 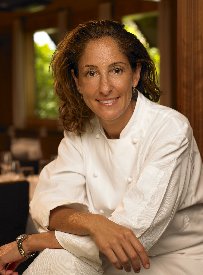 For reservations, the public can call:
Jar
8225 Beverly Boulevard
323.655.6566
or visit www.OpenTable.com
Visit Jar on the Web at www.thejar.com.
Follow Jar on Facebook at
http://www.facebook.com/pages/JAR-Restaurant/176213667184?ref=ts
And Twitter at @SuzanneAtTheJar

Half Dozen Oysters on the Half Shell Available:  $16 supplement

Did you miss me? My blogs over the past two weeks were “Vintage Eve” articles as … END_OF_DOCUMENT_TOKEN_TO_BE_REPLACED