The Roger Room Bartenders Serves Up Potions for Courtship and Romance

THE ROGER ROOM, Los Angeles’ award winning mixology bar, presents five cocktails designed for romance on Valentine’s Day. Each cocktail will be served in a Loving Cup, a giant, footed glass with two of THE ROGER ROOM’s signature steel straws. Crafted for two with premium spirits and best of the season’s market produce, each cocktail is priced at $25. All drinks will be served on Valentine’s Day weekend, Friday and Saturday (February 13 and 14, 2015) to keep the flames of romance burning all weekend.

This modern day speakeasy, named the Best West Hollywood Bar 2013 by the LA Weekly, hottest new bar in West Hollywood by the New York Times, among the top eight cocktail bars by Thrillist, and listed among the World’s Best Bars, showcases fresh ingredients, including products from local farms, as well as some noteworthy liquor and liqueurs that are new to market.

Valentine’s Day at The Roger Room

The Best of Everything | Nothing But the Best 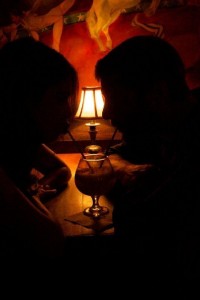 A discerning market now expects the cocktails at a bar to meet the level of quality and service already expected with a menu of food by a great chef. THE ROGER ROOM, with its expert staff and artisanal cocktail program meets the demands that today’s client insists upon.

For further information about THE ROGER ROOM

LOVINGSTON, Va./PRNewswire/ -- Virginia Distillery Company and members of the … END_OF_DOCUMENT_TOKEN_TO_BE_REPLACED