Had an interesting chat a few weeks ago with one Eamon McDonald, the Founder and CEO of Joya Sangria. I had some experience with both house bar made and commercially produced bottle made Sangrias, however I never did a review. Now was my chance. 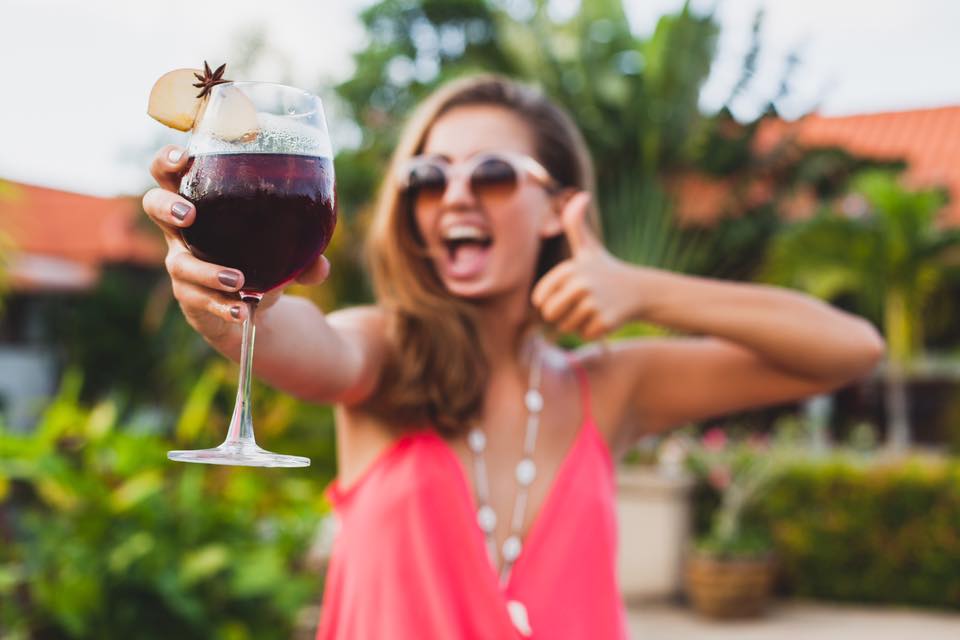 Eamon said that his imported Sangria was made with Spanish grapes and a small percentage of sugar. Serve chilled, over ice, with add ons like fruit and it would also lend itself to a cocktail.

When I received my samples I waited until I had a group over to sample with me. Collectively, these are our notes from the first tasting, the second tasting two days later was just me:

Aromas of pineapple, grapefruit and pleasant floral notes, followed by the same fruit flavors on the mouth with the addition of honey. A nice mouth-coating viscosity allowed the flavors to linger. I could see this over ice with a slice of orange.

Reopened the same bottle two days later: Got more aromas of hard candy, maybe apple and lemon, while on the mouth I tasted the same pineapple and grapefruit, but also the addition of lemon-lime. I still wanted to add an orange slice but now I also wanted a little spritz too.

This had received 90 points from Tasting Panel and all agreed that it was tasty. With aromas of dried black cherry, plum and earth that were followed up in the mouth with a much drier taste than the White Sangria. The same cherry and plum fruit but also some plump raisin.

Reopened the same bottle two days later: Maybe a bit more black fruit on the nose – blackberry for sure – as well as some of that raisin I had only noticed on the palate the first time, wet earth and stone. Tasting it a second time there was a new layer of juicy ripe blueberry.

Note on the reopened tastings

I’ve done this before, just to see how a wine may fare after being opened for a day or two. Sometimes the new aromas and flavors can be attributed to how you would view aging and/or aeration, however sometimes, which may or may not be the case here, I find more when I get the chance to study again. Clearly, you will need to do your own study of Joya to see if you agree!

JOYA® Sangria is a Spanish jewel that will excite any palate. In fact, the word JOYA is Spanish for jewel.

Its origins are in the small town of La Puebla de Almoradiel, nestled between the rolling hills and vast plains of Castilla La Mancha. Here, in the corner of Spain known for its winemaking traditions since before the time of Don Quixote, a prestigious family winery is transforming noble grape varieties into this vibrant, authentic and Premium Sangria layered with all-natural essences of fresh Mediterranean fruits.

JOYA® is distinct from other Sangrias on the market today due to its fuller-bodied 12% ABV, versus competitors at 7.0% to 8.5% ABV. Why does this matter? Simple. JOYA® Sangria will maintain its great taste and alcohol down to the last drop – even after cooling with ice. It’s a fuller taste you and your guests will appreciate.

JOYA® Sangria is ready to drink. Serve chilled or over ice. Garnish with fresh fruit if desired.

See their website for pairing suggestions and cocktail recipes too: www.joyasangria.com