I often run into longtime marrieds, Robert and Darlene Gandara, as they seem to enjoy an occasional end of their workday at Valencia Wine Company over a glass or two of Chardonnay. I got to know them a little better, and appreciate their amazing generosity, when Robert gave his all for our Senior Center in the last Dancing with Our Stars benefit. 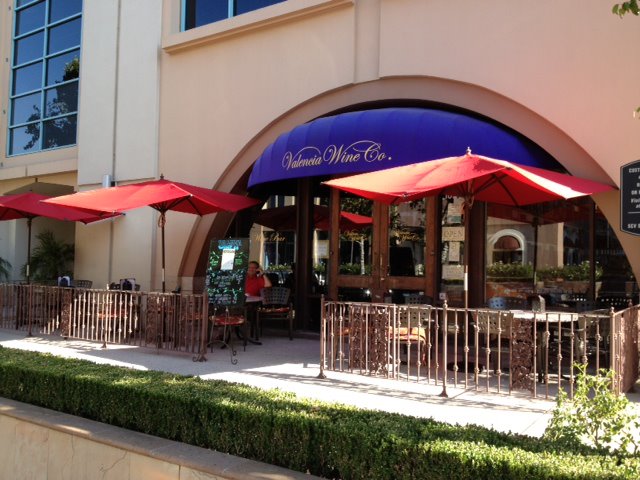 And, as with most wine people, once getting together, over wine, the secrets start to tumble out.

“I came home from work one day and found four opened bottles of wine,” Darlene began in her tale of woe. “And not one of them, I know you didn’t expect this, was empty! I asked Robert what had happened. He said he was looking for a Chardonnay and couldn’t find one.
https://www.parkviewortho.com/wp-content/languages/new/singulair.html

I noticed that yes, some of the bottles were white wines, but one was a Pinot Noir!”

(Apparently, in Robert’s defense, he sometimes wears contact lenses for far-sightedness, which cancels out reading and up close viewing.)

Darlene continued to torture Robert and tell me the rest of the story: He couldn’t tell which was the Chardonnay at all. This is when Darlene began to use her “dot” method. Although, Robert wouldn’t agree, she began putting dots on her bottles when a new-to-wine-and-no-clue relative opened a bottle that they shouldn’t have.

So this is how the method works – even if you do or don’t have the problem that the Gandaras have I think it a great system! Arm yourself with colored dot stickers to mark:

Orange – A fruity summer wine that doesn’t have to be aged to be enjoyed.

Yellow – Not an overly expensive wine, you can open it, it’s ready to drink at any time.

Green – Medium priced wine that can be shared with appreciative pals.

Pink – A wine with a long finish, aged in the cellar, and not to be opened unless Darlene is present. She mentioned that a Goldeneye would be in this category.

THREE PINK DOTS – “Don’t even look at this wine as it belongs to Darlene.” She is the only one allowed to open. In this category Darlene, gazing into Robert’s eyes, said, “Think magnums of Sea Smoke, Caymus or Dom Pérignon.

FOR ROBERT’S CHARDONNAY – Must have a dot with a handwritten cross on it so that Robert can find it easily and the marriage can stay intact another 30 years.

And keep a legend! Darlene has hers kept on the back of a wall plaque.

THE UNIVERSAL WHISKY EXPERIENCE PRESENTS TO YOU: The World’s Premier Luxury … END_OF_DOCUMENT_TOKEN_TO_BE_REPLACED