I know this might sound like a Richard Scarry book title, but my next few posts are going to be about what was, for me, the best trip to Paso Robles that I have ever taken. 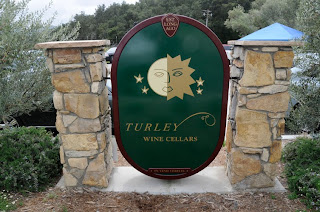 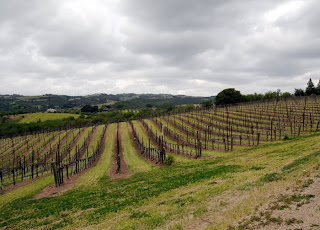 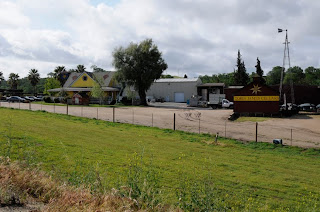 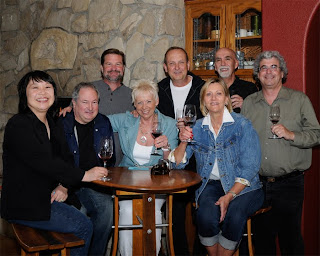 It all started innocuously enough. Karen and I were planning our trip to the Spring 2010 Turley Wine Cellars Pick-Up Party to pick up our allocation. I received permission from the winery for our friend Vic Herstein, the Wine Buyer for All Corked Up, to attend the party.

Soon thereafter I learned that our friends Gloria and Larry Stahly would he hosting two more of our friends, Chuck and Heidi Wiedeman, at their second home in Paso Robles that same weekend. The addition of our friend Robert Schwemmer [aka Shipwreck Bob] completed the group.

I knew this was going to be a special weekend. I made the decision not to worry much about being a reporter and instead concentrate on enjoying my time with these wonderful friends, and, of course, the wine. In addition, with Shipwreck just happening to be a photographer extraordinaire, I expected some wonderful pictures to share with Eve’s Wine 101 readers.

We picked Vic up early Saturday morning and headed to Turley. He was surprisingly alert for a man who had just played with his band Vic Rocks! at All Corked Up the night before.

The normally boring drive to Paso seemed to pass quickly, with good conversation and great music on the CD player, starting with Blue Baron [the other band Vic plays with regularly] and then some early Beatles tunes.  As we approached Paso from the East on Highway 46, we could feel our excitement building, passing vineyard after vineyard, then Tobin James Cellars [the Easternmost tasting room], then others such as Meridian, Eberle and Eos. We stopped by Gloria and Larry’s house to pick up Robert, who had arrived the previous afternoon. We hugged the rest of our friends good morning and goodbye, as they were off to San Marcos Creek Vineyard and we were going to Turley.