I always remember the line from the Rodney Dangerfield movie, Back to School, whenever the word “class” is brought up.  He’s trying to get a date with his teacher, she keeps telling him she has class on every night he suggests.  So, he is left to say, “Call me sometime when you have no class.”

There was plenty of class and classes at this year’s LA Wine Fest.  There was also plenty of wine, an array of amazing food and opportunities to meet, or just watch, all the wine shenanigans.  I took it all in just for you. 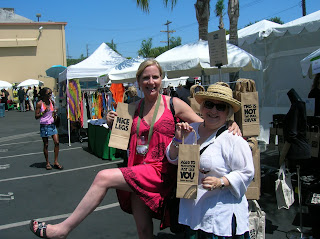 Chris was ramped up.  Tasters were streaming in, while the class was already in progress, so that some tables were on Scotch #1 while others were on #8.  No matter for this professional.

Auchentoshan 1999 10yr un-chillfiltered Signatory-lowland $64.99 (I didn’t pour this one out – my first favorite.)

Chieftains Benrinnes 11yr Tokai Finish Single Cask-speyside $67.99 (Definitely the “sweeter” side of Speyside, only one barrel was made for the U.S.)

What I also learned from Chris:

Store Whiskey upright, not on it’s side, as the Whiskey can eat through the cork.

Don’t serve it on the rocks.  Always try straight, and add only a couple drops of water – water opens up Scotch.

Don’t bother saving that inch of a good Scotch for too long.  Opened bottles oxidizes as air increases in bottle.

Scotch doesn’t age after bottling like wine does.  Meant to drink now. 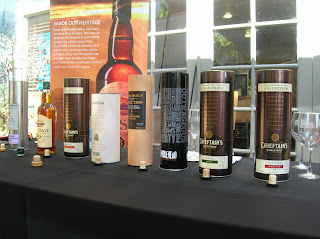 Wine Tasting and more
Lots to cover here as I tried to get in as much as those that didn’t try and squeeze in classes.  This is the short list of what I enjoyed and recommend: 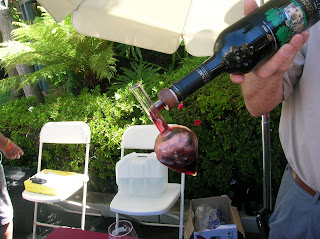 This was the first year I saw an entire “avenue” at Raleigh Studios dedicated to popular food trucks and tents.  I had my heart set on a Blue and Cheddar grilled cheese sandwich from The Must Bar, but guests had over a dozen choices.  I also loved the English Cheese from Somerdale.  If you want to know about the food that was available you can see all of the participants here.

Okay, keeping in mind I did the Scotch before the Sake and had wine in between…

I learned that the word “Sake” alone just means “alcohol” in Japan.

In Japan’s culture Sake is more prevalent than sushi.

Don’t age your Sake over one year, if opened refrigerate and consume within 1-2 weeks as there are no sulphite preservatives in Sake.

Then, I really tried to understand the whole fermentation process of starch, mold, glucose, sugar…

The SMV scale (Sake Meter Value) on the bottle refers to the sweetness and dryness of Sake – the larger number is dryer.

We tasted a Zuikan Junmai Ginjo from Hiroshima, with a +8 SMV that I liked the aroma and flavor of and a Fukuju Junmai from Hyogo, Kobe with a SMV of +4.

And the final lesson from Yoshi: Sake is good for the skin as well.  Good to soak in.  One half a bottle in your bath will do it.

And that just about did me in.  When I got home all I wanted was a hot Sake bath.  But, in true Eve form, I didn’t have any leftovers…just my notes for you.