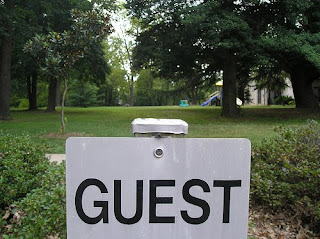 We all have a secret passion in life, mine is that I am an aspiring chef. The only ones that know this are my loving wife and the occasional neighbor that happens into my / our dining room.

I like to think most of my concoctions are pretty good. This past winter Wendi and I joined an organic produce coop named abundant harvest. So the soups were over overflowing with vegetables that I couldn’t figure out what else they should be used for. Thanksgiving in a bowl was my personal favorite. It was turkey soup with potatoes apples and cranberries.

I have a little bit of history with my wife and food. It has gotten to the point where she wants to actually see me put it in my mouth, and swallow it before she will try it. It started with the cheese fudge incident. Apparently it was as bad as the name sounds.

We were on vacation in Oregon, traveling on the coast, when we happened upon a small candy shop in Bandon. Very cute, very touristy, very full of people. This place was a sugar high waiting to happen. As we were sampling different confections, we got separated. She sampling her choices and me sampling mine, when I saw it. In the fudge department was a very orange colored piece of goodness. Simply named cheese fudge, The name gave me pause, I couldn’t see how the words cheese and fudge could coincide peacefully in the same sentence.

What is a guy to do?

I picked up the tiny morsel of cheese / fudge, and really wanted to try it, but I couldn’t get it past my lips. I had tried every other sugary piece there, but this one was getting the better of me. There was only one thing to do.

The store was roughly 2500 square feet and probably had 50 people in it., but I was only looking for one of them. There she is.

“Hun, You have got to try this.” As I pushed the bite sized piece toward her mouth.

At this point in our marriage, life was free and easy, and she trusted me. Her eyes closed as she opened her mouth and I just laid the fudge on her tongue.

Did I mention it was bright orange and it was called cheese fudge?

The look of utter disdain came across her face as she muttered, “What the hell is that?”

Not having a napkin, or a trashcan nearby, and being in a room full of people. All she wanted to do was spit it out, preferably at me, but there was nothing she could do as it was dissolving in her mouth. Finally the orange blob left her mouth and fell into her hand, and again the more audible words of,”What the hell is this?” were spoken.

Speaking through the laughter and tears, “Cheese Fudge” was all I could say.

Tip of the week, Look up www.abundantharvestorganics.com 15 to 20 pounds of organic produce for $20 a week, well worth a try.

Barry Lancy is a sales rep for a book company and travels the central coast putting on Book Fairs for a company named “Books are Fun”. His wife Wendi runs a local food pantry named “Help the Children” in Santa Clarita.  They are both also sales reps for a company named www.Melaleuca.com , which supplies healthy everyday home products. This year they will celebrate their 23rd year of marriage.