The organizers of the annual TPC/West Ranch Art & Wine Galaannounced today that former Astronaut Buzz Aldrin and his wife Loiswill be this year’s Co-Honorary Chairs for the 3rd AnnualGala. 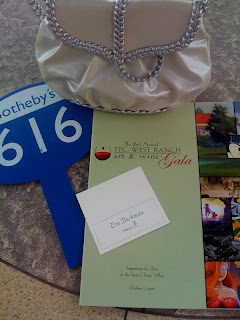 The Gala is the only charitable event that raises funds fororganizations in the Santa Clarita Valley arts community. (And I love it!  Search this blog for articles on previous years.)

Many can still recall exactly where they were on July 20, 1969; Buzzand Neil Armstrong made their historic Apollo 11 moonwalk, becoming thefirst two humans to set foot on another world. They spent 21 hours onthe lunar surface and returned with 46 pounds of moon rocks.  Thelargest worldwide television audience – an estimated 600 millionpeople, witnessed this unprecedented heroic endeavor. The localorganizes of this year’s Gala are honored to have Lois and Buzz Aldrinas Honorary Chars and thrilled that they will be helping to raise muchneeded funds for the local arts community.

This year’s Art & Wine Gala is on Saturday, September 25, 2010at the picturesque Oaks Grill on the grounds of the Tournament PlayersClub in Valencia. The event is being produced by Michele Golden and isCo-chaired by Guy La Large, Greg McWilliams, Don & Cheri Fleming,Larry Mazzeo, Dave Bossert, and Howard Green.

Tickets are available through the Valencia Wine Company on Town Center Drive or for more information email ArtandWineGala@gmail.com. Currently 80% of the event tables have been pre-sold so act now if you would like to be at the fundraiser of the year!

LOVINGSTON, Va./PRNewswire/ -- Virginia Distillery Company and members of the … END_OF_DOCUMENT_TOKEN_TO_BE_REPLACED