I havenever been one to get into the costumes and Halloween parties.  Perhaps that was based on my collegedays where alcohol was the entertainment and not the people you were with.  However, now that my college days arelong gone, I let loose this weekend. I had a blast attending not one but two Halloween parties.

Fridaynight was Valencia Wine Company’s 8th Annual Halloween Party.  Guy, or should I say Austin Powers,pulled out all the stops as usual and hosted a highly entertainingevening.  Several showed up incostume but as always everyone was waiting for Larry and Jennifer Mazzeo whoalways take costuming to another level.  This year they graced us with characters from Alice inWonderland where Jennifer was the Mad Hatter and Larry became the Queen ofHearts with scepter in hand.

Throughout the evening you would hear the famous words from the Aliceand Wonderland tale, “OFF WITH THEIR HEADS.”  Of course they took first place for theBest Costume followed by Mr. and Mrs. Clean.

The music for the evening was provided by HLB.  The band members (Helen LaPrairie,Gerry Rothschild, Lynn Coulter, Lynn Woolever) kept everyone either dancing,singing or tapping their feet to songs of our youth (dating myself).  Yes I am talking about the famous RockEra from the 60’s and 70’s. Another anticipated treat was Kevin performing a couple of songs duringa short serving break. 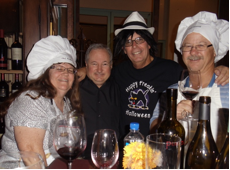 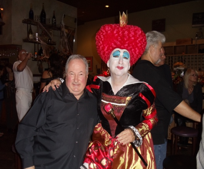 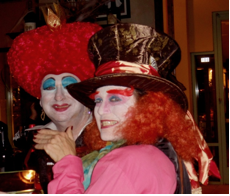 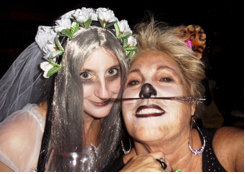 Thesecond smashing evening was the 1st Annual Halloween Party at The Cellar onSaturday night.  Count DiMaggio hasdone a fantastic job at putting some new energy into the old wine bar and onthis night it included black lights, ghosts and even fog.

This party required reservations – withdinner, wine and beer were all inclusive to those in attendance.  Of course you had the option ofpurchasing wine or selecting from your own stash and opening a special bottlefor the evening.

Mike Harris toldme at the VWC party that he was going to bring a special bottle for us to tryat The Cellar’s party.  True to hisword he brought in a 2001 Cabernet from Paso Robles that was absolutelygorgeous.

The Cellar was packedwith just about everyone in costume with the entertainment provided by the wellknown band, Acoustic Soul (Robert Pozzi, Joe Fuoco, Joe Bertalli and MikeFitzgerald).  Their music alsocaptures the 60’s and 70’s Rock era which was quite evident by everyone on thedance floor. 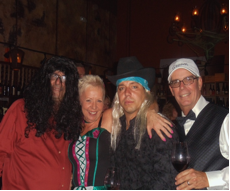 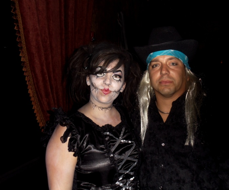 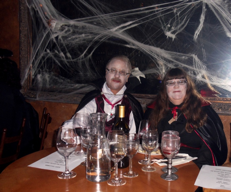 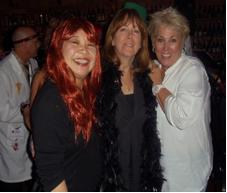 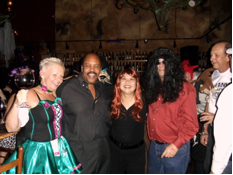 Tricksand treats were had by all.  It wasa terrific weekend with terrific people and I can’t wait for next year!

I wouldlike to thank Donna Louis-Harris  for providing the great pictures.