This was the greeting last week’s Dear Wine Friend e-newsletter subscribers dealt with:

And that reminded me that the rest of my two readers may not know my big news.  (That and a certain someone, reader #3, asked to be notified.  Suffice it to say that reader #3 has a grand wine cellar, that I’ve gotten into once, and hope that he has a few bottles he would like my WINE & SPIRITS EDUCATION TRUST LEVEL 2 INTERMEDIATE CERTIFICATION humble opinion on.  Right.)

So this is the reason for the blog post today.  I promised not to write about WSET again until I passed, and gee, I didn’t want you to think I didn’t pass!

So, this is how test day worked out.  I studied a little cheat sheet at every stop sign instead of illegally playing reading Facebook.  I studied a little longer in my car after I parked it at The Cellar.  (Yes, it was surreal going to a wine bar/restaurant at 9 a.m.  But, if you’ve ever gone to wine country, 9 a.m. at Robert Mondavi’s fireplace is as close to heaven as most winos get.)

DiMaggio Washington, Level Whatever and the only WSET approved instructor in our town, greeted us with itsy bitsy pencils, erasers on demand, and a test pamphlet we couldn’t open until all were ready.

I wished I had brought a flask.

Of 50 questions I only needed something like 66% (ha!) to pass, so I wasn’t too worried.  We had two nights that our study group met at my house.  I had also written ahead of my deadlines so that I could devote the hours per day, and then some, that WSET requires for study.

But, I was stumped, as were many of us in the general consensus taken after, by at least 5-10 questions.  They were specific.  I mean I knew that there might be four just on one particular wine region, but there were 3-4 on LBV (Late Bottle Vintage) Port!  (I don’t even have Port tagged as a label on this blog, and I’m not doing it now!)

I shot dagger looks at DiMaggio, none of which did he catch.  Later, he reminded us, we had tasted and noted an LBV Port in class.  But that was the one thing I never thought to study: My tasting notes!

A couple of week’s later and I got the e-mail stating that I passed.  But at blog-press-time my certificate from London has yet to arrive.  It comes with a pin too!  I plan on finding a way to adorn myself with both.  Whenever they make it here…

While I wait for DiMaggio to get my certificate from London (Did I already mention that I don’t have it yet?), I found three different photos for WINE & SPIRITS EDUCATION TRUST LEVEL 2 INTERMEDIATE CERTIFICATION and I will use all three, here, for you, now until the real one arrives. 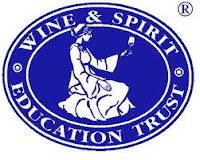 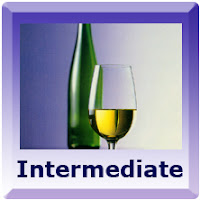 Is it apparent, in this post, in my YouTubes, or in my general attitude that I’M A LITTLE PASSIONATE ABOUT WINE?  I need a drink…

MOORESTOWN, N.J./PRNewswire/ -- Wines 'Til Sold Out (WTSO) has a new kind of … END_OF_DOCUMENT_TOKEN_TO_BE_REPLACED