Okay, if you’ve been following some of the results from my Scotch of the month club blind tastings, you know that I can usually guess which Scotch I’m drinking, but have been failing miserably in the descriptors.

So, this time, I went to ForScotchLovers.com and equipped myself with some study notes that I will now, like we wine 101ers do with wine notes, keep handy: 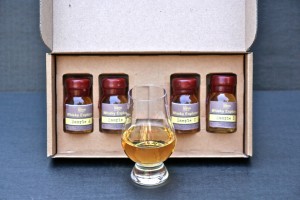