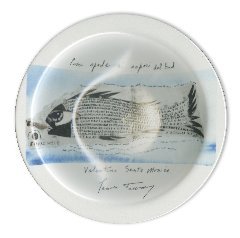 WHAT: For the month of August, Valentino will showcase fresh swordfish as interpreted with a modern sensibility and flavors and style of the islands – Sicily and Sardinia – home to Selvaggio and Chessa. In celebration, Valentino will present a gift of a commemorative custom plate, the collector’s “Piatto del Buon Ricordo” from Valentino with each Swordfish Antipasto and Entrée ordered.

Valentino remains open in spite of rumors to the contrary and Piero Selvaggio and Executive Chef Nico Chessa are busy developing new menus of innovative dishes that break away from the past traditions, leaning to the modern, all designed with an elegant fresh look and composition to be discovered by the next generation of guests discovering Valentino, the quintessential Italian restaurant of Los Angeles.

In 1964, the Unione Ristoranti del Buon Ricordo was founded in Milan with the first 12 restaurants. Each of these restaurants has its own Buon Ricordo plate as a lasting souvenir of its dishes and hospitality. The plates are made by Ceramica Artistica Solimene in Vietri sul Mare. With their lively and brilliant colors, they are meant to recall the joy of good cooking and of genuine hospitality at the restaurants visited.

The Buon Ricordo restaurants are found all over Italy and now in a number of other countries. They serve as a reference map of eating and drinking “all’italiana” and represent a synthesis of the concept of Italian cuisine all over the globe. Today in addition to Valentino, there are 103 restaurants in Italy that celebrate Buon Ricordo, plus 12 abroad, with 9 restaurants in Japan, and one each in Hong Kong, Luxembourg and Vienna.

WHEN: August 1 – 31, 2013
Served Tuesday through Saturday
6:30 p.m to closing
$25 for swordfish appetizer; $45 for swordfish entrée, including the commemorative Valentino “Piatto del Buon Ricordo”

WHY: In continued celebration of the food and culture of the islands of Sicily and Sardinia and a dedication to keeping Valentino among the finest of Italian restaurants in Los Angeles.

MENU:
Celebrating Swordfish in the Style of the Islands 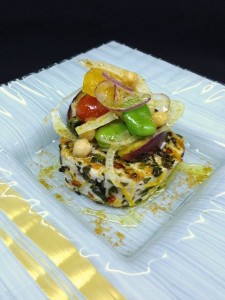 ABOUT: Piero Selvaggio and Valentino have made a significant contribution to the Los Angeles restaurant scene, introducing authentic Italian products, wine and regional cuisine to the public and nurturing many of our most influential chefs and restaurateurs. Selvaggio was recently recognized for his achievement in Angeleno and Wine Spectator magazines in October 2012.  Valentino was named among the best Italian restaurants in the United States by Travel & Leisure and among the thirteen restaurants that changed the Los Angeles dining scene by Zagat.com in 2012 and Top 10 Romantic Restaurants, Top 10 Wine Lists, Top 10 Italian Restaurants in Los Angeles by Gayot.com in 2012. With its intimate dining rooms, unsurpassed wine cellar, and the consummate graciousness of owner Piero Selvaggio, Valentino remains the favored destination for some of the best dining in Los Angeles.
###