WHO: Emily Johnston, Wine Director of the Toscana Restaurant Group

WHAT: Restaurateurs Mike and Kathie Gordon have announced the promotion of Emily Johnston, 29, as the first Wine Director for The Toscana Restaurant Group. Previously the General Manager and Wine Director of S.Y. Kitchen in Santa Ynez, California for the past two years, Johnston now oversees the wine programs for three operations – TOSCANA, the flagship Tuscan trattoria in Brentwood opened in 1989, BAR TOSCANA, adjacent to the restaurant, and sister restaurant S.Y. KITCHEN in Santa Ynez, California. Due to Johnston’s exemplary performance with the wine program at S.Y. Kitchen, the Gordons and their partners created the position of Wine Director for their popular venues.

As the Wine Director for the restaurants, Johnston’s goal is to maintain the unique character of each restaurant and its wine list while still tying them together by a recognizable thread. “Certainly, there is a common love of Italian wine with all of the restaurants. I want each to be recognized for its complete selection of wines, specifically for the Italian wines,” says Johnston.

Emily Johnston grew up in Ojai, California.  Attending Scripps College of the Claremont Colleges she specialized in languages and is fluent in both Italian and French.  She gained exposure interning at Brander Vineyard in the Santa Ynez Valley, leading to wine sales for a small Italian wine import company in Santa Barbara. Johnston gained further education in Italy, studying to become a sommelier at ALMA Scuola Internazionale di Cucina’s Wine Academy.  Receiving the highest academic honors in her class, she became a Certified Sommelier with the Associazione Italiana Sommeliers (AIS) in 2011 while working alongside AIS Master Sommelier, Roberto Jacquemod Pane. Johnston became a Certified Sommelier with the Court of Master Sommeliers in 2014 and is now currently studying to achieve the Advanced level sommelier.

Johnston is deep in the process of revamping the inventories and wine lists at each restaurant. 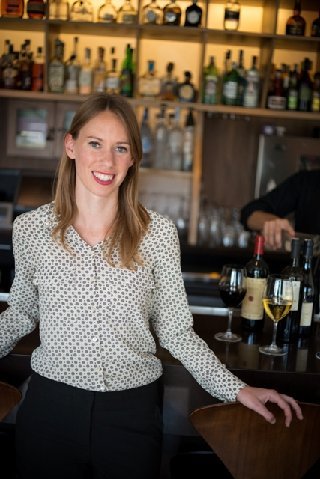 The Toscana Restaurant Group is Social!

Alella, a small wine district in the north eastern part of Spain centers around … END_OF_DOCUMENT_TOKEN_TO_BE_REPLACED