Los Angeles – January 8, 2015 – LearnAboutWine is pleased to announce the 12th Annual STARS of Santa Barbara Wine Tasting at the Peninsula Hotel in Beverly Hills. Long term industry stallworth, LearnAboutWine (now in its 20th year of service) has been introducing Santa Barbara wineries to key Los Angelenos long prior to Sideways. 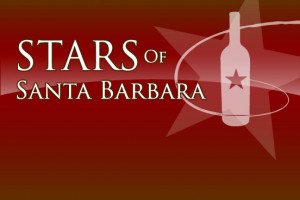 Ian Blackburn says “The wines of Santa Barbara rival the best wines in the world, not just the state” and “the community of small producers is what really makes Santa Barbara fun, fresh and cutting edge.”

LearnAboutWine will bring together over 40 top producers for another SOLD OUT affair on January 21st at the Peninsula Hotel. Jonata winemaker, Matt Dees, will be attending and hosting a VIP tasting of his top tier wines, and the lineup of brands participating is set to represent a huge cross section of the best in the business.

Stars of Santa Barbara also informs the masses about the growing refinements in Santa Barbara and in its sub‐appellations; Santa Maria, Santa Ynez, Sta Rita Hills, Happy Canyon and most recently Ballard Canyon! There is always a great amount of change and evolution in Santa Barbara ‐ and if you think you have your hands around it ‐ check back next year its going to grow and change again!

Tickets on sale now.
For more information about the event and to purchase tickets please visit StarsofSantaBarbara.com.

Confirmed Wineries so far (over 40 will appear)

About LearnAboutWine and the new winela.com
Ian Blackburn, founder of LearnAboutWine, drinks wine for a living. Since it was established in 1995, he has built LearnAboutWine into the leading source for wine education and events in Southern California and as it turns 20 years old in 2015. To celebrate its 20th Anniversary, LearnAboutWine will get a big facelift and a new brand called wineLA (.com) will take over events and classes in Los Angeles. Ian Blackburn say’s “LearnAboutWine has a higher purpose that we intend to grow nationwide in 2015… an exciting time for us indeed.” Ian continues to innovate and focus on demystifying wine for everyone from the casual drinker to the potential collector and was voted as “One of the Top 5 Places to Taste Wine in Los Angeles” by LAist.com (8/2013). Ian’s passion for wine and entertaining makes him one of the top spokespersons in the United States and currently Ian is studying for his Masters of Wine. Ian’s entertaining ways can heard on You Tube, or on many of Los Angeles radio airwaves; ABC’s “The Bachelor” and on Wealth TV.

About Peninsula Hotel:
The only AAA Five Diamond and Forbes Five Star‐rated hotel in Southern California every year since 1993, The Peninsula Beverly Hills offers 194 guest rooms, including 38 suites and 16 private villas, nestled among lush tropical gardens in the heart of Beverly Hills. The Peninsula is located at the intersection of Wilshire and South Santa Monica Boulevards, within easy walking distance of Century City and Beverly Hills’ legendary Rodeo Drive.