Los Angeles, CA – Simply Wine Fest is offering its second annual gala at CBS Studios in Studio City. A ticket will do more than give access to a sampling of over 40 wines, many tequilas and beers, and a countless assortment of creative food dishes; a portion of proceeds will benefit Safe Passage Lives—a charity focused on empowering victims of domestic violence.
buy cozaar generic https://buynoprescriptionrxonline.com/cozaar.html over the counter 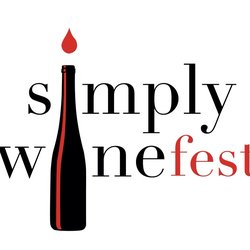 As the first wine festival hosted at CBS Studios, this exclusive red-carpet event is sure to attract a number of Hollywood notables and give its guests a great opportunity to network—or simply enjoy the company of renown wine, live music and a casual festive atmosphere.

In addition to a live music stage with multiple DJ’s and local artists, there will be an opportunity to see Tesla’s all-new SUV crossover: the model X and Formula E race car.

The spirits and fare to be presented are particularly diverse with wineries on display ranging from established names to up and coming brands looking to make an impression on consumers with sophisticated taste. The food will echo this variety as there will be samples from upscale restaurants to food trucks with innovative eats.

Ultimately, a significant amount of the proceeds will be given to Safe Passage Lives—a charity whose mission it is to help mothers and children who have been victims of domestic violence. They have proven 95 percent successful in the cases in which they have worked—aiding women in a pursuit towards a stable profession, new home and healthy life.

Simply Wine Fest will take place at 4024 Radford Avenue on March 21, 2015 from 7pm to 10pm with general admission tickets available for $120 and VIP tickets on sale for $165. Prospective patrons are encouraged to get a spot early as tickets are in high demand and last year’s attendance far exceeded what was initially expected. Guests are expected to dress in cocktail attire. Tickets can be purchased at SimplyWineFest.com

LOVINGSTON, Va./PRNewswire/ -- Virginia Distillery Company and members of the … END_OF_DOCUMENT_TOKEN_TO_BE_REPLACED