Join us Sunday March 26 for LA Weekly’s signature food and wine extravaganza! Curated by our award-winning food writers and critic Besha Rodell, the event showcases signature bites from restaurants featured in our 99 Essentials restaurant issue that hits stands the same week. Along with great food, guests will enjoy wine from top-shelf wineries, cocktail samples from our liquor partners, as well as non-alcoholic sips and shopping in our vendor village. 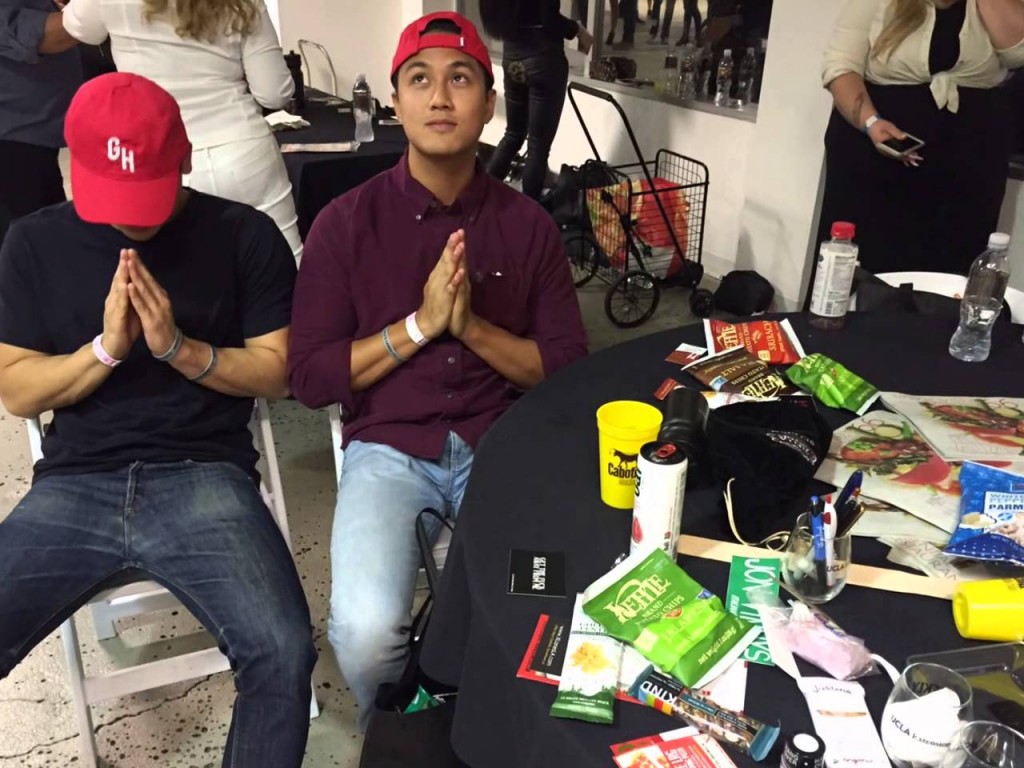 One of my photos from a past event.

Guests can expect more of LA’s hottest chefs, wineries and homegrown Los Angeles vendors, all in our expanded California Market Center Penthouse. Take in 360° views of stunning DTLA as you enjoy samples of the best food and drink this city has to offer.

New to The Essentials this year will be The Freshmen 15. A restaurant must have been open for a year in order to qualify as “essential.” That takes many new restaurants we love out of the running, so we decided to add a new list of up-and-comers, places that would be considered for the 99 if they weren’t so young. The Freshmen 15 will run in the 99 Essentials issue, and will be celebrated alongside the 99 at our Essentials event as well. VIP guests will be able to try samples from The Freshmen 15 at the event at 1pm before doors open to the general public at 2pm.

Confirmed Freshmen 15 include: 71Above, Baran’s 2239, Erven, Gwen, Here’s Looking at You, Holbox, Kali, Michael’s, Salazar, Shibumi and Winsome with more to come.