Ancient and indigenous varietals of Greece are experiencing a renaissance and are receiving accolades for their fine quality and depth of flavor. Meet visiting winemakers from the Northern region of Greece, taste their wines, and learn about the techniques of winemakers from the region. 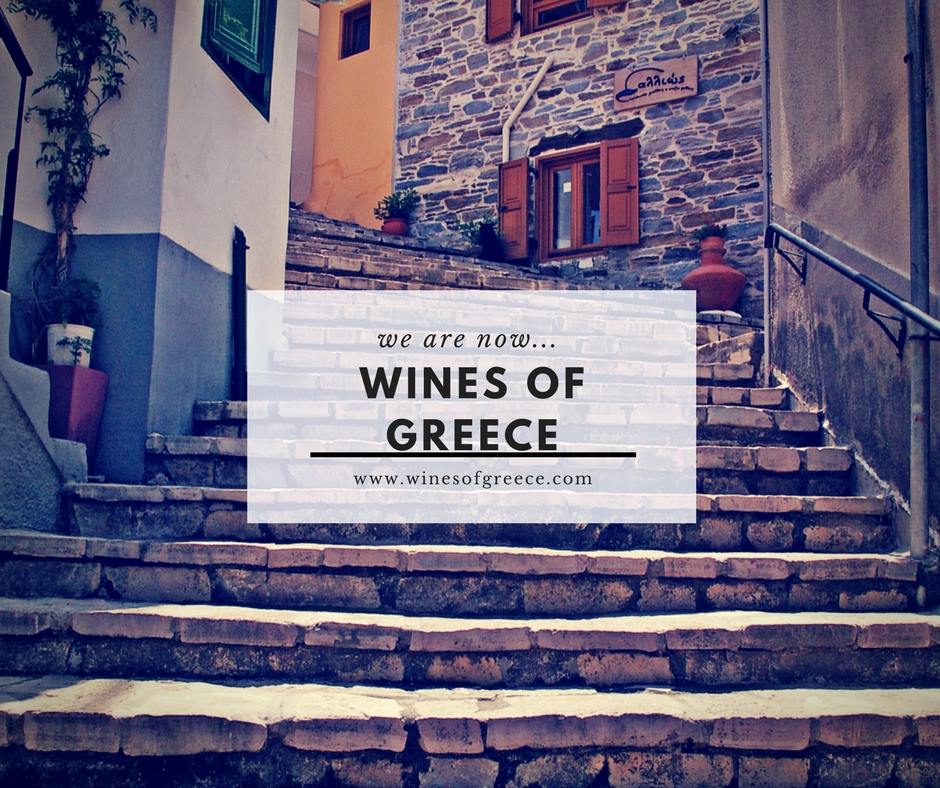 And with that teaser above, and the invitation below, off I went! It was great to meet David Wilson of Grape Encounters Radio, fellow writer Cori Solomon and Michael Pavlidis of Old World Vines whose wines I discovered and reviewed last year in an article.

Other than Old World Vines, whose whites and reds are listed below, the other wineries were strictly from the Naoussa wine grape growing region, and only produce a dry red from the same grape: the Xinomavro.

I enjoyed all of the dry reds and crisp fruit forward whites, again, from Old World Vines. (Note: As this was a walk around tasting my notes are briefer than usual. You can also see the story in photos here.) Of the new wineries I enjoyed:

Thimiopoulos Vineyard Young Vines 2012 that had zero time in oak and the vines are 7 to 9 years old, and their Uranos 2011 with 18 months of oak.

From the Vaeni Naoussa Co-op I tried their 2007 and 2010, as well as their 2008 and 2004 Grand Reserves. I especially enjoyed sampling these older bottles, very dry as indicative of all the reds for me, but with good bold tannins I didn’t expect.

Only 500 bottles are produced yearly at Diamantakos Estate. This was the first winery I had tried and I noted a nice toasted flavor to their Naoussa 2008.

The Foundi Estate shared a 2007 Estate and a 2008 Naoussa. The later had that same dry good fruit I was now getting used to savoring.

At Elinos SA I sampled the Naoussa 2007, at Karydas Estate I enjoyed their dry red (no year on the program) and at Kir-Yianni Estate a Ramnista 2009.

THE INVITATION: WINES OF NORTHERN GREECE

Join us for a tasting of distinct indigenous and international wines from the northern region of Greece, otherwise known as Macedonia. Gaining in popularity and availability, wines from northern Greece offer wonderful value and an interesting alternative for the California consumer.

Now, the winery built by shipping magnet Giannis Carras has passed to the hands of the Stengou family who continue the tradition of creating fine wines from this region under the banner of Domaine Porto Carras.

Xinomavro ( Ksee no’ ma vro) is the signature varietal of the Naoussa region of Greece. An indigenous Greek varietal known for it’s distinctive flavors and aromas and long aging potential, Xinomavro is one of the most significant red varietals of Northern Greece and particularly Naoussa. Twelve wineries from this famed region have joined forces to educate trade and consumers about this distinctive varietal.

Did you miss me? My blogs over the past two weeks were “Vintage Eve” articles as … END_OF_DOCUMENT_TOKEN_TO_BE_REPLACED